Jersey Shore star Deena Cortese has officially revealed what she and hubby Christopher Bucker will name their second child together.

Deena shared the news while also letting fans know about a few of her food cravings and current mood while carrying baby number two.

The star of MTV’s reality series, Jersey Shore Family Vacation, also pointed out some key differences between this pregnancy and her previous one when carrying Christopher John Buckner.

Deena recently posted an update to her official Instagram, which has photos to compare her pregnancy now versus the same time in her term from her previous pregnancy.

Deena, who was all smiles, showed off her baby bump in a vivid blue dress to match her look in the previous photo. She also has the “20 Weeks Pregnant” sign hanging next to her, but it has some different words or descriptions.

It lists her current baby “as big as a Banana,” mentions that Deena is craving “Oranges + Candy,” and gives her mood at the moment. It’s described as “Merry + Bright + A little tired,” which shows she’s in the holiday spirit but is understandably feeling the effects of her pregnancy.

Deena’s post also gave fans a reveal of what her second baby’s name will be, as it appears that Christopher John, aka CJ, is set to officially become a big brother.

“I love that name,” several fans commented on Deena’s post.

Deena reveals how this baby ‘has been so different’

As part of her Instagram post, Deena also let fans know of a major difference from when she was carrying CJ compared to carrying her current baby, Cameron Tyler. Basically, Deena mentioned that CJ was much more demonstrative in terms of letting her know, “hey I’m in here” as he was kicking earlier during the pregnancy and much more frequently.

However, Cameron seems to be a lot less like that, so far, with Deena giving details on how he may take after his father more than CJ.

“Cameron has been so different for the first 18 weeks some days I’d forget I was even pregnant .. a little tired ..but for the most part super normal .. I just started feeling him this past week .. but he’s very calm in there lol ..,” Deena said.

“…some days I get nervous so I throw my home Doppler on and boom there he is .. heart beating at a strong 145-150.. but then it’s like he realized and he moves .. haha I feel like Cameron might be more like his daddy and be more calm and to himself .. but who knows !!” the Jersey Shore star added in her caption.

Jersey Shore drama on the way?

Deena, who turns 34 in January, first joined MTV’s Jersey Shore back in Season 3, as Snooki suggested her as a replacement for Angelina Pivarnick.

She was on the original Jersey Shore show from 2010 through 2012 and appeared on Couples Therapy with Chris Buckner in Season 5 (2013). Also appearing on that season was former pornographic film star Jenna Jameson and Big Brother competitor Dick Donato.

She and Christopher married back in October 2017, with their first child, Christopher John “CJ” Buckner arriving last January.

Since 2018, Deena has been part of the main cast for the latest JS series, Jersey Shore Family Vacation, for all four seasons. Her pregnancy is a featured storyline on Season 4, along with a confrontation involving nemesis Angelina Pivarnick.

Their male castmates arranged the meeting between the feuding JS stars in an attempt at a reconciliation between Deena and Angelina in Vegas. However, the guys hadn’t been aware of Deena’s pregnancy at the time, so it was a surprise for them. 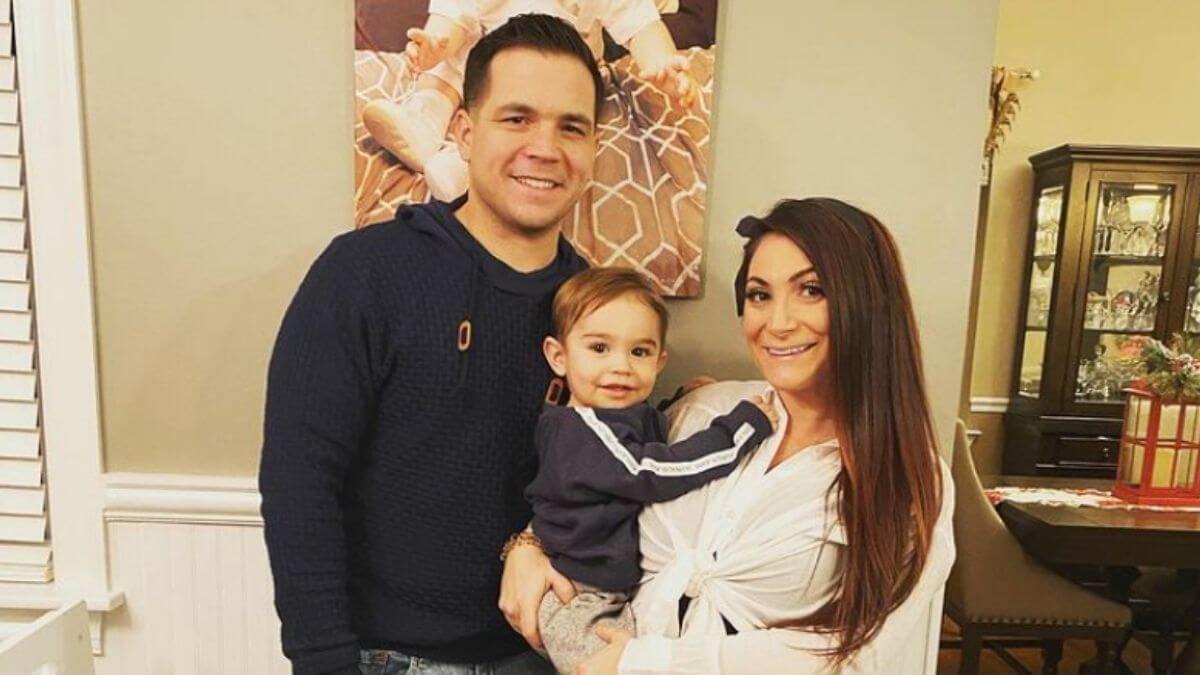 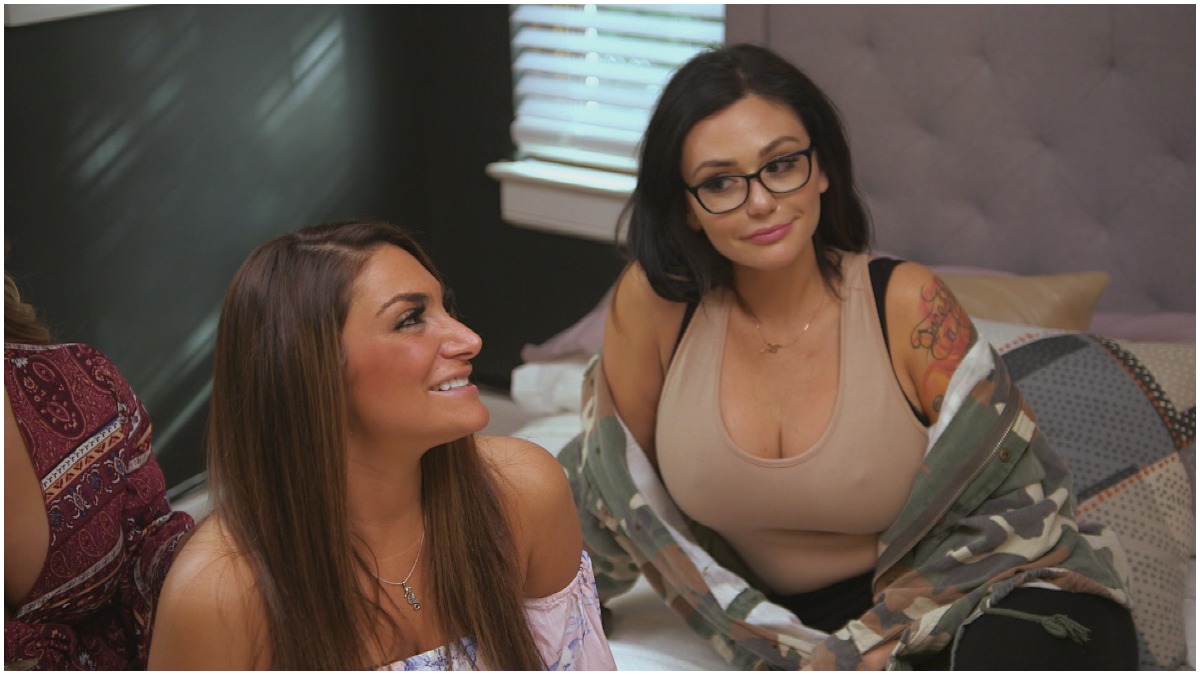 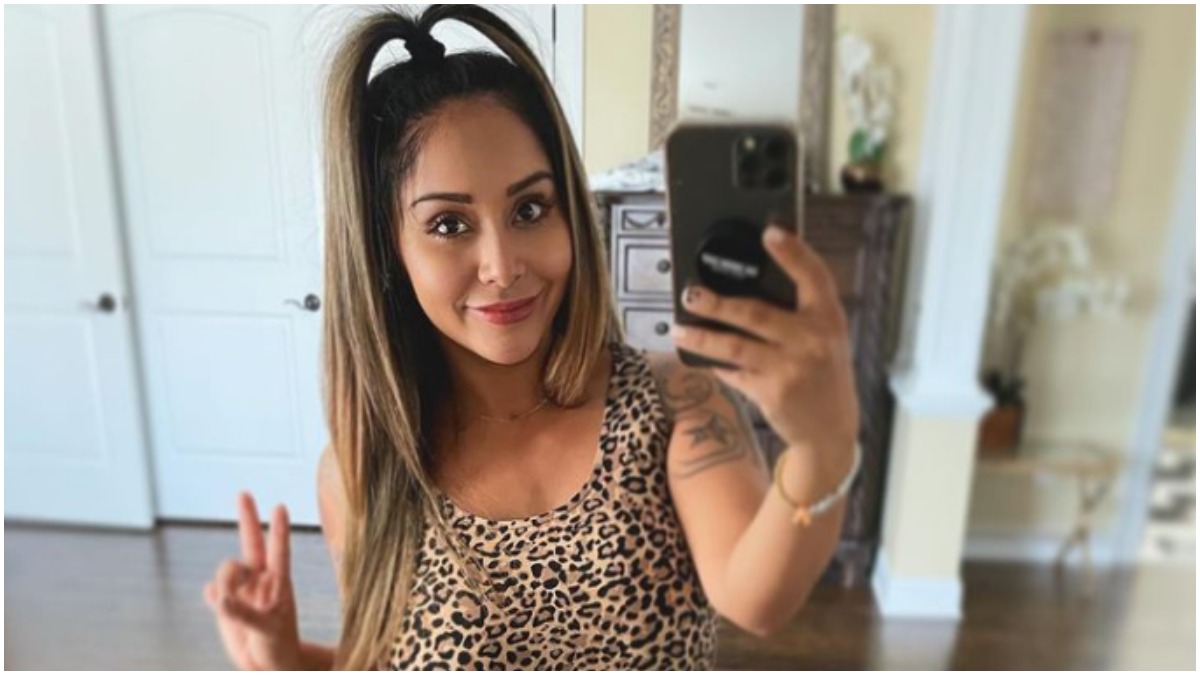