Tyler Baltierra of Teen Mom shared a fan’s post on Twitter this week, thanking him and his wife, Catelynn.

The tweet read, “Thank you @CatelynnLowell and @TylerBaltierra for bringing to light kids reporting being uncomfortable and training parents to look for signs. This isn’t talked about enough. Thank you.”

The tweet was referencing the latest episode of Teen Mom, entitled “In my Bubble.” In one scene, Tyler and Catelynn learned of some ‘disturbing’ news about their daughter Nova’s former daycare center.

The owner’s husband is a registered sex offender. Catelynn voices that the incident made her realize that she needs to talk to Nova about protecting herself. Catelynn and Tyler talked about how to approach talking to their eldest daughter, Nova about her body and personal space and inappropriate touching.

Tyler asked Catelynn, “Did anyone talk to you about your own body?” Catelynn remembers her mom bringing up the topic a “handful” of times when she was a kid. Tyler says nobody talked to him about physical boundaries but is adamant about talking to their kids about the topic.

Tyler continued, “The better we can prepare them, before something happens, the better they can handle that situation if it does happen, instead of pretending it never happens and you know, not to cover that, or whatever.” Catelynn agreed with his statement.

Catelynn reached out for help with explaining personal boundaries to Nova

Catelynn later discloses that they aren’t sure how to have the discussion with Nova, so she found an organization called Blue Sky Bridge. The organization’s website says they “are committed to serving both the children who enter the abuse investigation process and those children who have not yet found a way to tell their story.”

It continues, “Our School-based Education and Training Programs help ensure that kids know they are the boss of their own bodies and that they, and the adults around them, know where to turn for help.”

Cate and Ty video chatted with a social worker and an educational manager from the organization who explains that they talk to kids in kindergarten about keeping their bodies safe.

The two women bring up talking to Nova about her personal “bubble,” and suggest one technique is for kids to say someone “popped their bubble” if they’re in an unsafe situation.

A few days later, Cate and Ty talk to Nova after going through her school papers. Cate brings up that Nova recently told her about a boy in Nova’s class who wanted to marry her and told Nova, “gimme a kiss.”

Tyler and Catelynn explain to Nova about her personal ‘bubble’

Nova looked confused, so Catelynn and Tyler explained that everyone has an invisible bubble around them. When Tyler asked Nova if the little boy invaded her personal bubble, she replied, “Yeah.”

Tyler offered Nova a suggestion, saying next time maybe she could say, “Hey, get outta my bubble.”

Later in the episode, Nova tells her parents that the boy who wanted to marry her pulled her hair because he was in her bubble. Nova informed them that she told her teacher about the incident and he lost recess privileges. It seemed as though their talk with Nova got through to the kindergartener.

The Baltierras have a lot happening in their lives, including a new baby on the way

Tyler and Catelynn have their hands full with the recent news that the couple is expecting their fourth daughter together. Catelynn recently celebrated her 29th birthday and husband Tyler was sure to dote on his wife with a touching post.

Fans of the show look forward to meeting Baby Baltierra later this year. The couple are already parents to daughters Carly, Nova, and Vaeda. 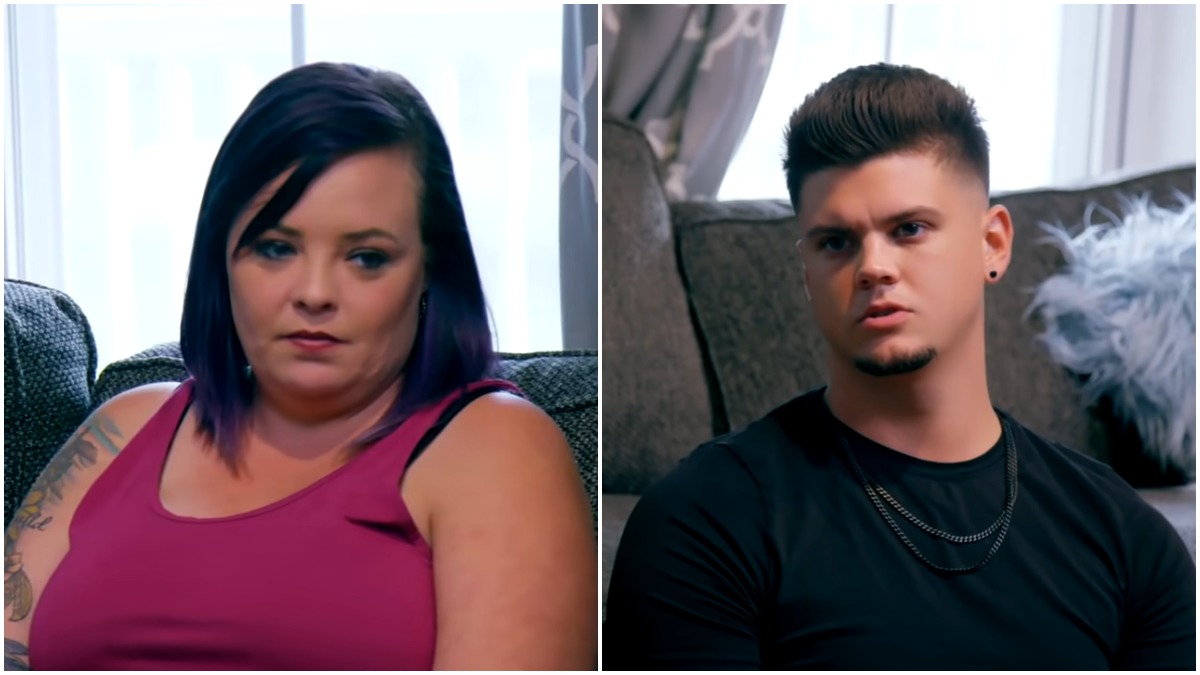