Real Housewives of Beverly Hills star Erika Jayne has had it with accusations that her divorce is a sham and posted receipts to prove that she had just reason to divorce her estranged husband Tom Girardi.

On Friday night, Erika showed proof that Tom had been cheating on her in a since-deleted Instagram post.

She even named the woman that had been texting him and included pics that she sent him.

“This is Justice Trisha A. Bigelow. She was f**king my husband Tom Girardi and he was paying her Saks bill and paying for her plastic surgery,” Erika captioned the post.

The texts show Trisha negotiating her plastic surgery payments, teasing Tom for “makeup sex,” and even wishing him luck during one of his trials, which indicates that they’ve had some personal conversations.

It is important to note that Erika only showed texts that Trisha sent Tom and not visa versa.

Fans took to the comments section of the since-deleted post to show their support for the Pretty Mess singer.

Erika filed for divorce from Tom on November 3. Despite their 33-year age gap, the couple was married for 21 years before their seemingly-amicable separation.

“After much consideration I have decided to end my marriage to Tom Girardi,” said in her statement to ET at the time.”This is not a step taken lightly or easily. I have great love and respect for Tom and for our years and the lives we built together.”

Those who were close to the couple didn’t act too surprised by the divorce news. One source told OK! Magazine that they seemed more like friends than romantic partners and lived separate lives.

Another source said that the quarantine gave Erika time to reassess her life and realized that she couldn’t see Tom as a part of the next phase of her life.

The texts between Tom and Trisha was not the first cheating allegation thrown the couple’s way.

Tom had been spotted out with a blonde woman, who was reportedly not Erika, at a nightclub one New Years’ Eve.

Erika is allegedly not one-hundred percent innocent in the relationship either.

Former RHOBH star Dana Wilkey claimed to know that Erika had been attending sex clubs and even said she was hooking up with a much younger man.

Since the divorce, Erika has moved out of their $8.5 million mansion and into a one-bedroom, two-bathroom apartment.

Others believe that Tom’s legal issues are behind the divorce. Many have accused Erika of divorcing Tom simply to protect their assets.

Recent court documents stated that Tom is on the brink of financial ruin due to all of the lawsuits filed against him.

Several of his clients have accused him of fraud and pocketing a large sum of their settlement funds.

Since these accusations have come out, Tom has declared that he does not want to give Erika spousal support.

As fans continue to speculate their divorce, the lawsuits keep piling on. They might have to wait until RHOBH Season 11 to get the full story. 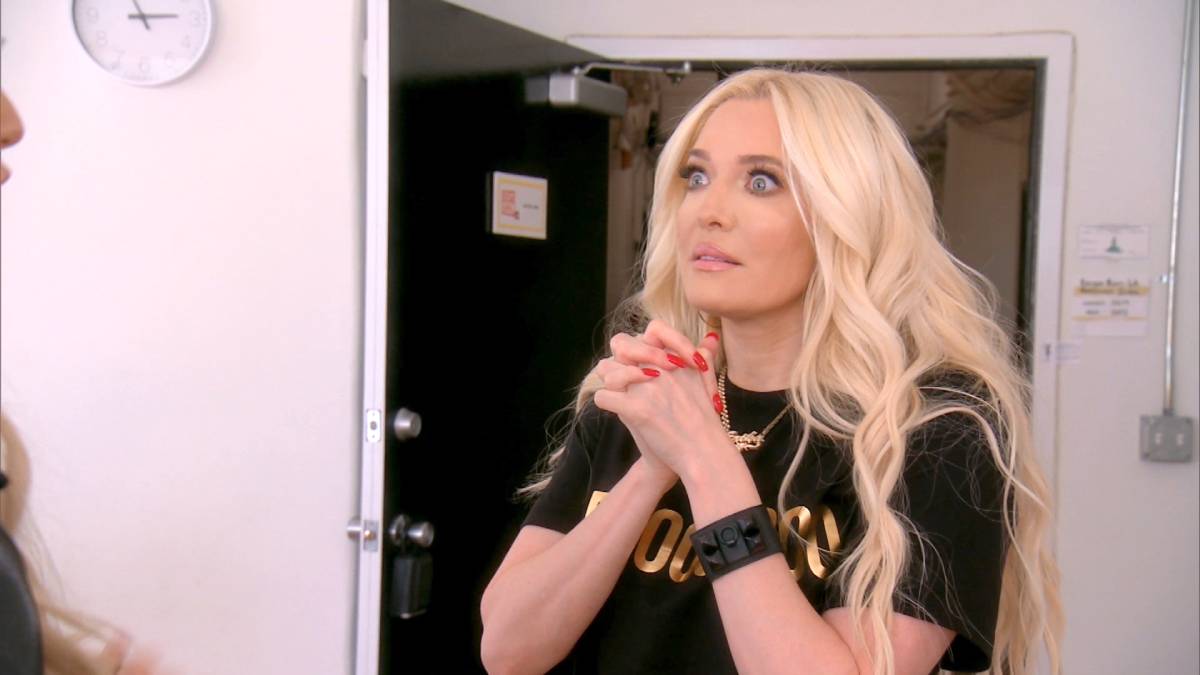 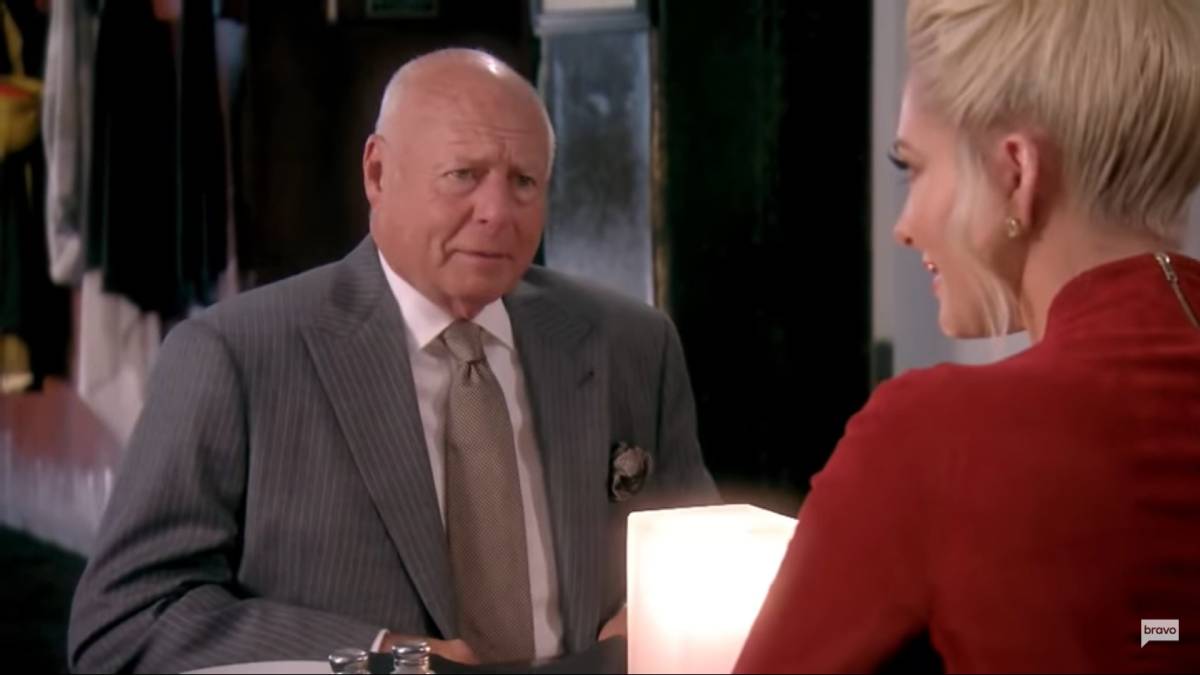 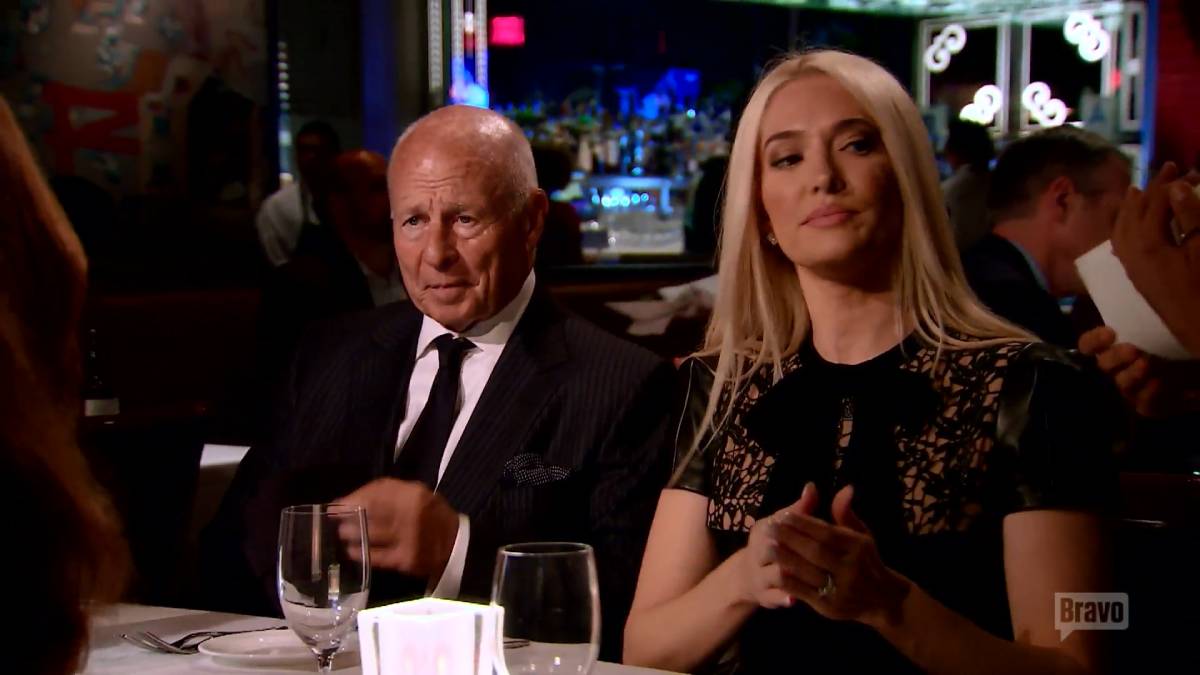