On the Big Brother live feeds, Christmas Abbott just used a really poor choice of words to boast about what she will do to anyone who tried to get her out this season.

Speaking with Nicole Franzel in the kitchen, Christmas addressed what she would do if someone takes a shot at her. As she started to get into the meat of her story, Nicole said “game on mother f**ker.”

“Somebody wants to take a shot at me, go ahead and take a shot, cause if you put me up [on the block], watch out, cause I will f**king dominate the Veto,” Christmas stated. She went on to say, “I will literally run you over to get to it.”

Yes, Christmas, who was arrested for ramming her car into the car of her baby daddy’s girlfriend, just said that she would literally run over anyone who tries to go after her in the game. Wow. What a poor choice of words and a pun that people on social media will immediately jump on.

She continued, “If you try and backdoor me, I will f**king rage in this house.”

As the conversation continued between Christmas and Nicole, a voice was heard from upstairs asking what time it was. It sounds like it was Cody Calafiore.

Remember, earlier in the week, that Christmas was the Head of Household, and she said that she feared that she would be “shot” and “cut” by Bayleigh for just putting her on the block. It was rhetoric that was not received well by fans on social media. Here is some video of Christmas saying those words.

But now let’s get back to what Christmas yelled up to Cody from the kitchen. She said, “Are you trying to scare me? I will literally put this knife through your eyeballs from here.”

Christmas made the statement while holding up a knife in the kitchen. It got more laughs from Nicole, who had been laughing along with everything Christmas had been saying.

It was very similar to when a room consisting of Memphis Garrett, Daniele Donato, Christmas, and Nicole were making jokes and laughing at Ian Terry the other night.

That wasn’t a one-time event, either, as it took place on the Big Brother live feeds on Wednesday night as well.

Video of Christmas making comments in the kitchen

A video from the Big Brother live feeds is shared below for anyone that wants to see the statements that Christmas Abbott made about anyone targeting her this summer.

Festivus has said many times that she's afraid that Bay or Da'Vonne would shoot her, stab her or stick a fork in her face. However, Festivus continues to be the main person in the house to say things like this. It seems she should only be afraid of people who are LIKE HER! https://t.co/Z9YjwU0aPR

Some fans are pointing out on social media how not every member of the BB22 cast could get away with making statements like these ones in the house. They are right. 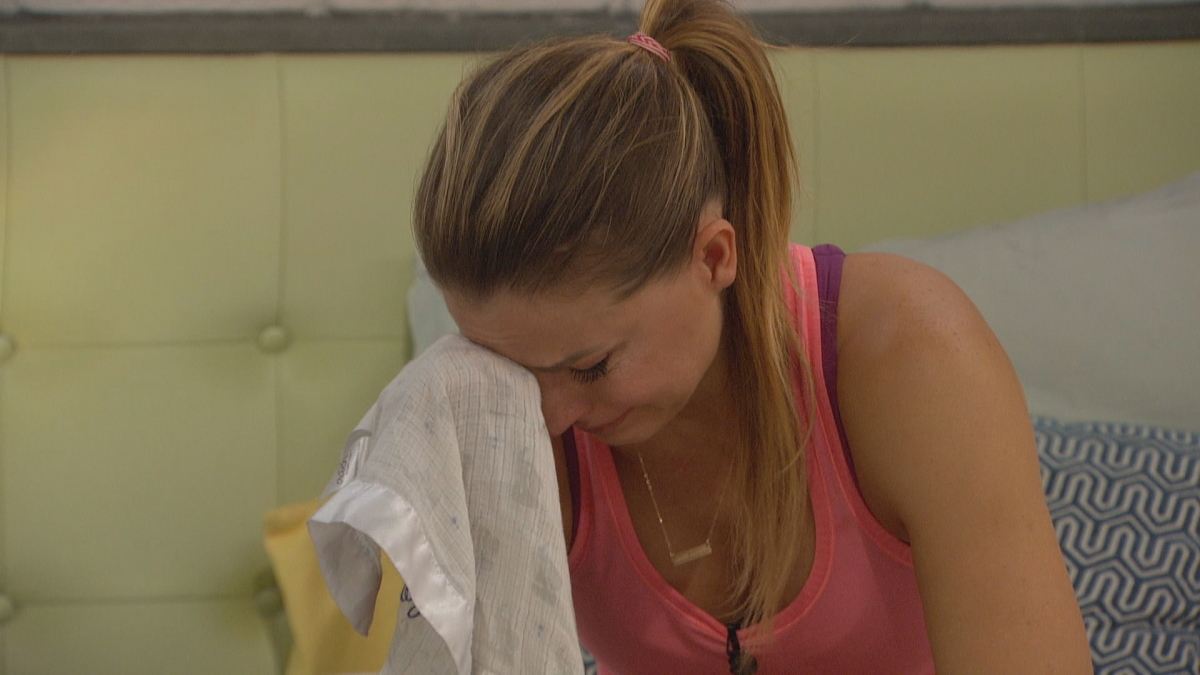