There are many significant differences between the new series and its predecessors. While Below Deck and Below Deck Med take place on luxury motorized yachts, Below Deck Sailing Yacht is filmed on a luxury sailboat.

Adam and chief stew Jenna MacGillivray recently stopped by Pop of the Morning to dish about the new show, as well as the luxury boat they lived on for six weeks. The Parsifal III is 180-foot-long and to buy it would cost a person megabucks.

“30, 40, 50 million. A new sailboat that size…and sailboats are more expensive believe it or not because they require the upkeep. You’re looking at sails that deteriorate. Well, there’s $300,000 you’ve got to replace. Just an upkeep. They figure whatever the value of the boat is, 10 percent of that is your yearly upkeep,” chef Adam shared.

He is not joking either. The price is well into the millions. Adam has been working on luxury yachts for over a decade, so he knows how expensive they are, and the Parsifal III is no exception.

There is no question the Parsifal III has plenty of room for the guests to eat, sleep, have drinks, and get some sun. The exterior consists of the spacious aft deck, where most of the meals are served and the guests gather for drinks at the bar.

Inside there is a sleek dark main salon area which features large couches, another table for dinner and of course, a nice sized bar. The guest sleeping area has two bedrooms with two twin beds, as well as a master suite that has its own jacuzzi tub.

The crew area is much different than the guest area. There is the small galley off of the crew mess hall area where the group eats their meals. A short hallway that holds all of the “stinky” crew cabins, as Jenna calls them, plus the laundry room. It is tight quarters for the workers, that is for sure.

Outside there is the flybridge, where most of the guests hang out sitting in the sun and sipping on drinks. It features a nice size hot tub too.

The yacht may not sound that big by the description, but considering the Parsifal III is nearly 200 feet long, it is considered a good-sized mega-yacht. 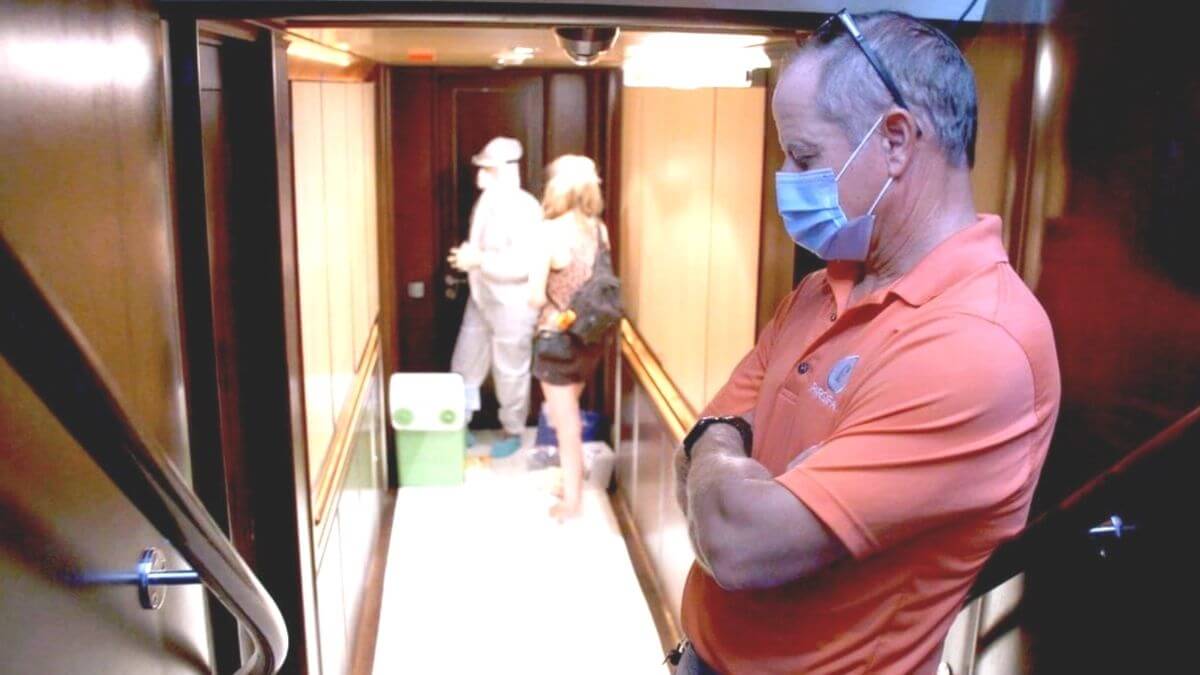