The Teen Mom franchise has weathered quite a few scandals since it first premiered nearly 11 years ago.

The stars of the franchise have fascinated fans for over a decade- and here are their 10 most shocking scandals.

Amber Portwood, a Teen Mom OG star, was responsible for one of the earliest scandals in the franchise’s history. Back in 2010, Amber physically assaulted her baby daddy, Gary Shirley, in a fight that aired on MTV. The fight prompted a CPS investigation, which uncovered illegal substances in Amber’s home.

Amber was charged with two counts of domestic battery as a result of the televised incident and sentenced to a 2 year suspended sentence and 2 years of probation.

However, Amber violated the conditions of her probation numerous times and her sentence was eventually upgraded to 5 years. She ended up serving 17 months of the 5-year sentence and was released in 2013.

Chelsea Houska (now DeBoer) has had a much easier time staying out of trouble than her Teen Mom 2 co-stars.

By the time he turned 25, Adam had racked up a lengthy record of encounters with the law that included driving without a license or insurance, 3 DUIs, burglary, failure to pay child support, resisting arrest, and more.

Since then, Adam has only had more trouble with the law. He’s been arrested for violating restraining orders and stalking ex-girlfriends and domestic violence against his ex Stasia Huber. After one of those arrests, he tested positive for methamphetamines, which was discussed on the show.

3. Leah Messer admits to cheating a week before her wedding

Way back in 2012, Leah admitted to a shocking act of infidelity that rocked the Teen Mom world.

Just a week before she married baby daddy Corey Simms in 2010, Leah cheated with her high school sweetheart Robbie Kidd. Leah’s infidelity broke up the marriage, and the couple separated after just 6 months. Leah and Corey’s divorce was finalized four months before what would have been their first anniversary.

Now, however, that’s all ancient history- Leah got married (and divorced) again, and both she and Corey have had another child with another partner. The pair peacefully co-parent their now 10-year-old twin daughters Alannah and Aleeah Grace.

Since Leah’s second divorce (from second baby daddy Jeremy Calvert), she’s stayed mostly out of trouble. Corey has flown under the radar and hasn’t regularly appeared on the show since 2011, although he does occasionally make appearances in episodes. 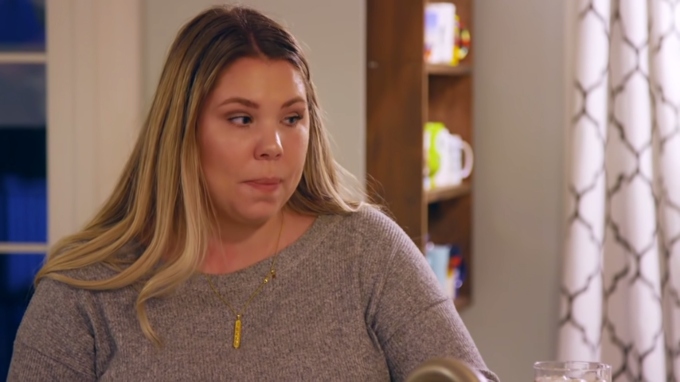 Kailyn Lowry has been the talk of Teen Mom in recent years. The Teen Mom 2 star has stayed out of trouble with the law, but her choices in the romance department have been controversial, to say the least.

When Teen Mom 2 first began filming, Kail was still dating her eldest son Isaac’s father Jo Rivera. She and Jo later broke up, and Kail married and had another child, Lincoln, with Javi Marroquin.

None of that was particularly scandalous, but when Kail announced that she was pregnant with her third child , fans were shook. At the time of the 2017 announcement, Kailyn and Javi’s marriage was failing. The two were on the road to divorce.

A huge factor in the divorce was Javi’s desire for more children and Kail’s assertion that she didn’t want another baby. So when she announced her pregnancy, fans were shocked and confused.

To make matters worse, Javi wasn’t even the father of Kail’s third child – Chris Lopez, with whom Kailyn had (and still has) a very turbulent relationship, was the dad. But Kailyn wasn’t even legally divorced from Javi, so she was still married to him while she was pregnant with another man’s child.

Javi and Kail eventually divorced and Kail continued to have a very unstable relationship with Chris, often badmouthing him on social media and insisting he’s not an involved parent. But she got pregnant yet again with Chris’ baby last year, so she now has two children with her most absent baby daddy.

Although she’s no longer a Teen Mom OG cast member, Farrah Abraham was part of the original four cast members from the show’s inception in 2009.

Back in 2013, Farrah caused what at the time was probably the biggest scandal in Teen Mom history when she starred in a pornographic film with adult film star James Deen. Her decision to work in the sex industry shocked viewers and offended her costars, who threatened to quit if Farrah was kept on the series.

That didn’t happen, and Farrah continued working in the adult entertainment industry at the same time she was filming Teen Mom OG.

However, in 2017, producers decided that Farrah’s side job didn’t work with the message they were trying to send on the series. Farrah didn’t help her case when she got into numerous fights with crew members, so producers made the decision to fire her from the show.

It’s hard to be more controversial than Jenelle Evans, but Jenelle’s husband David managed to do it.

In April 2019, the family dog, Nugget, nipped David and Jenelle’s then 2-year-old daughter Ensley. Instead of separating the two and hiring a dog trainer like a normal person, David decided to kill Nugget.

David tried to defend his actions by saying that Ensley was in danger, but rumor has it that David picked up Nugget and brought him outside to shoot him, which would mean that Ensley was not in imminent danger from the dog. The incident resulted in Jenelle’s firing from Teen Mom 2.

And it wasn’t the end to David’s violent streak- he allegedly pistol-whipped Jenelle’s {former} friend James Spivey earlier this year, resulting in an arrest.

Amber Portwood’s first serious relationship after her release from prison was with Matt Baier, a Massachusetts native 19 years her senior.

“How many kids does he have?” Gary asked.

“Seven,” Gary responded. Gary provided court documents to back up his claim of Matt’s secret kids.

Although Amber stayed with Matt for a while after his additional children were revealed, the relationship didn’t last, and it was later revealed that Matt actually has a whopping nine kids.

Maci Bookout’s ex Ryan Edwards has been battling addiction for years, and that has been a huge storyline on the show.

Things took a scary turn, however, when Ryan was filmed driving under the influence as he drove to his wedding with his wife Mackenzie Standifer. Ryan repeatedly seemed to fall asleep at the wheel, and Mackenzie seemed more concerned with hiding his intoxication than his safety.

The appalling incident shocked fans, many of whom believed that MTV should’ve intervened for everyone’s safety.

Since the 2017 incident, Ryan has continued to struggle with addiction. He was arrested shortly after leaving rehab last year, and Maci said last season that she doesn’t believe that he’s sober.

Like her husband David, Jenelle Evans has a short and scary temper.

In 2018, Jenelle was driving with her eldest son Jace in the car when she was brake-checked by another driver. The situation escalated, and instead of leaving the situation, Jenelle decided to follow the other driver to his home.

Once the driver got out of his vehicle, Jenelle stepped out and threatened him with a gun, all while Jace, then 8, watched. Jenelle then made matters worse by gaslighting Jace when he told his grandmother about the incident.

Neither driver was charged as a result of the incident, but Jenelle’s reckless behavior raised the ire of Teen Mom 2 fans. 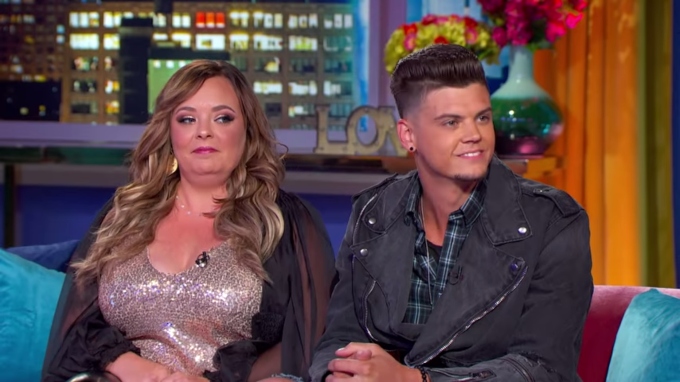 Catelynn Lowell and Tyler Baltierra are among the least controversial couples from the franchise, but that doesn’t mean the OG stars always stay out of trouble.

While they haven’t had significant problems with drugs or the law, they did run into big trouble with the IRS earlier this year.

The two reportedly owe more than $800,000 in back taxes for 2016-2019. Their massive debt needs to be paid quickly- failure to pay taxes can result in prison sentences, so Tyler and Catelynn had better get their tax situation sorted out.

There’s no resolution yet, but hopefully, this minor scandal won’t turn into a major problem for the Baltierras.

Kailyn Lowry denies unplanned pregnancies: Did she plan on having three kids...

Chelsea DeBoer would quit Teen Mom 2 if it became ‘unhealthy’ for...

Jenelle Evans speaks out after Teen Mom 2 fans call her out...