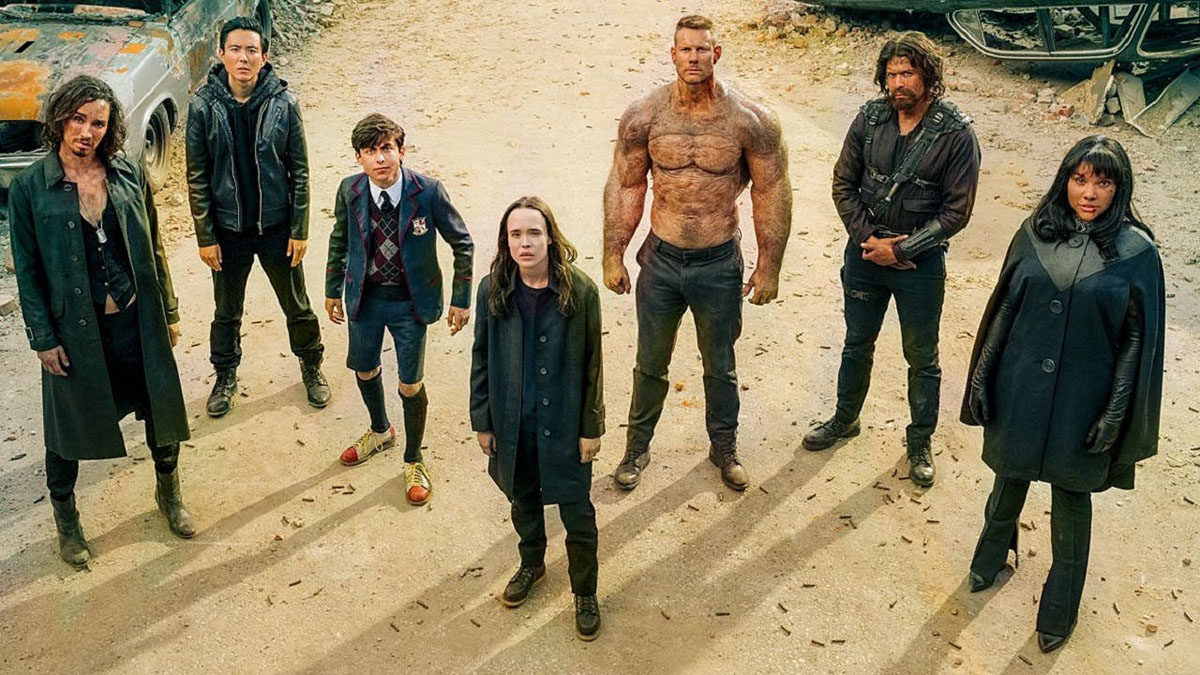 The Umbrella Academy just dropped its second season on Netflix, and it was even more exciting than the first.

All six surviving members of the team (and ghost Ben) were sent back in time to the 60s, to avoid dying in Vanya’s apocalypse, only to find another apocalypse waiting on them that they had to stop.

With the team facing another twist in the finale of Season 2, fans want to see what comes next for this dysfunctional family.

Here is everything we know so far about The Umbrella Academy Season 3.

This article provides everything that is known about The Umbrella Academy Season 3 and all related news. As such, this article will be updated over time with news, rumors, and analysis. Meanwhile, let’s dig down into what is known so far.

Is there going to be a Season 3 of The Umbrella Academy?

The renewal was a given, although since there were only three graphic novels, this should be the end of the popular Netflix original series.

Showrunner Steve Blackman has signed an overall deal with Netflix for his shows, and one hopes that means more of The Umbrella Academy, especially since he said he has plans for Season 3 already in mind.

There are rumors that it has already gotten a green light. However, Netflix has not previously announced it, According to reports, Netflix brought on Lauren Otero (Girl Meets World) and Elizabeth Padden (Future Man) as new writers to help out with the season.

Release date latest: When does The Umbrella Academy Season 3 come out?

The actual release date of The Umbrella Academy Season 3 has not been revealed, and likely won’t be anytime soon.

Season 1 hit in February 2019 and Season 2 in July 2020. With Season 3 greenlit, as long as film and TV production can return to normal soon in the world of COVID-19, the next season should arrive sometime toward the end of 2021, or possibly early 2022.

In Season 3 of The Umbrella Academy, the main cast should return for the season.

This includes all the members of the group itself: Ellen Page as Vanya, Tom Hopper as Luther, David Castañeda as Diego, Emmy Raver-Lampman as Allison, Robert Sheehan as Klaus, and Aidan Gallagher as Number Five.

Also back will be Justin H. Min as Ben, although he will be the living version and not the ghost version we have gotten to know over the past two seasons.

Colm Feore will return as Reginald since he never died in this new timeline.

Also returning should be Ritu Arya’s Lila, last seen hopping through time with her briefcase.

As for Kate Walsh, she should be out of commission now (pun intended), but when it comes to time travel, all bets are off. Remember, she died in Season 1 too.

There is also hope we can see Ken Hall return as Herb.

In January, Netflix revealed who was playing the members of the Sparrow Academy.

On top of Justin H. Min, the cast has added:

Justin Cornwell stars as Marcus, a “charming, chiseled and colossus,” as well as “honest, virtuous and demanding.”

Britne Oldford is Fei, who “sees the world in a special way” and “comes across as a misanthrope who would rather be alone than spend even a second with you.”

Jake Epstein is Alphonso, “armed with a caustic and biting sense of humor. the only thing he likes better than verbally battering anyone foolish enough to get in his face, is a good pizza and a six-pack of beer.”

Genesis Rodriguez is Sloane, “a romantic and a dreamer who feels a higher cosmic calling leaving her eager to see the world and experience a life beyond her upbringing.”

Cazzie David is Jayme, “a loner hidden under a hoodie.”

While the first season saw Vanya pull down the moon in a fit of anger, killing billions, the second season had a more realistic fate for the world. A nuclear armageddon in World War III.

It turns out this was caused by Vanya as well.

Thanks to a jealous 60s era husband who learns Vanya has fallen in love with his wife, he has his brother arrest Vanya on suspicions of being a communist in America during the Cold War.

Since Vanya proved to have superpowers, the FBI comes in to interrogate her. The apocalypse begins when they torture her to the point that she blows up the entire federal building she is in, saving Kennedy from assassination.

The President blames the Russians, a nuclear war begins, and the entire world is laid to waste.

Luckily, The Umbrella Academy shows up to save her, and this time they saved the world. However, along the way, they ended up taking out most of the Commission’s assassins and revealed themselves to Hargreeves in the 60s.

They then return to 2019 to find that the entire timeline changed because of them, and The Umbrella Academy no longer exists, replaced by The Sparrow Academy, led by Ben, who never died in this timeline.

If there is a Season 3 of this Netflix fantasy show, this is where it will start as the Umbrella Academy will have to figure out their place in the world. Also, don’t think the pesky apocalypse will leave Vanya and her siblings alone this time around, either.

Netflix has yet to announce when The Umbrella Academy season 3 will premiere, but the first two seasons are available to stream.