The Days of our Lives spoiler video shows a blackout hits Salem just as three criminals are on the loose, leaving danger lurking everywhere in the town.

The hit soap opera has big plans for Salem residents when the town goes dark. Not everyone is afraid of the darkness, though. Some residents take advantage of the blackout with a little sexy playtime and plotting.

Spoilers for the NBC daytime drama tease Clyde (James Read) and Orpheus (George DelHoyo) create an uneasy alliance. The two villains team up with Dr. Rolf (William Utay) to break out of prison just as the blackout hits Salem. It is not a coincidence these two events happen at the same time.

Dr. Rolf snakes into the DiMera Mansion and surprises Chad (Billy Flynn) with a hilarious “Boo.” Orpheus makes a beeline for Marlena (Deidre Hall), giving her quite the shock when she arrives home.

Clyde’s next step is not featured in the preview video, but fans can bet it has to do with his son Ben (Robert Scott Wilson). A hologram of Ciara (Victoria Konefal) appears to Ben as he is about to leave the Salem Inn.

Could she be warning Ben about Clyde, or giving her husband a clue about her “death?”

The Salem PD puts their finest cops, or rather only cops, on the case to find Orpheus, Dr. Rolf, and Clyde. Shawn (Brandon Beemer) and Eli (Lamon Archey) work to find the escaped prisoners.

Days of our Lives is teasing a possible return in the video footage too.

While Jack (Matthew Ashford) talks to Jennifer (Cady McClain) about the danger looming in the dark, a picture of what appears to be André DiMera (Thaao Penghlis) flashes across the screen.

Belle (Martha Madison) screams as she comes home to find crazy Jan (Heather Lindell) standing in her home with a flashlight. The image is enough to creep anyone out.

Taking advantage of the darkness

Most of Salem is freaked out about the blackout, but a few residents use it to their advantage.

Philip (Jay Kenneth Johnson) makes another mysterious phone call plotting to take down Xander (Paul Telfer). Little does he know, Brady (Eric Martsolf) hears part of the conversation. Philip tries to deny he is up to no good when Brady confronts him.

Titan intern Charlie (Mike Manning) is trapped at the office. Claire (Isabel Durant) rushes to help him after he calls her.

The blackout brings out Sarah’s (Linsey Godfrey) frisky side. She and Xander have a little foreplay banter about his sexiness, which fans can all agree — Xander is smoking hot!

It is going to be one wild ride in Salem next week. 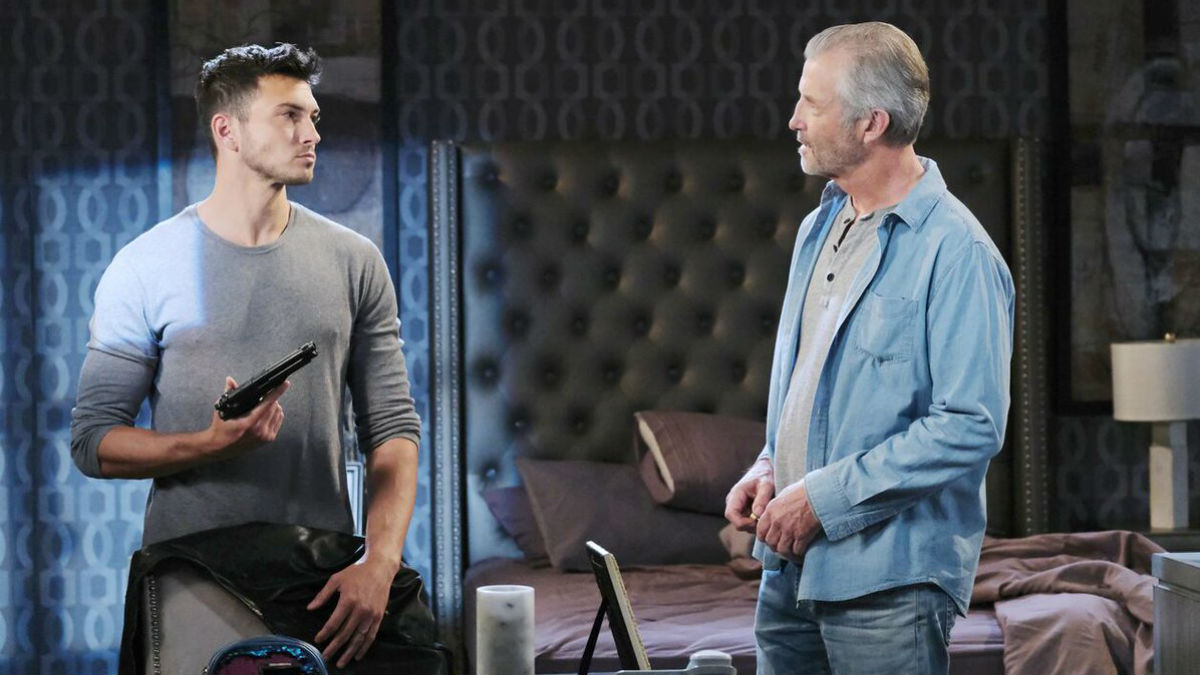 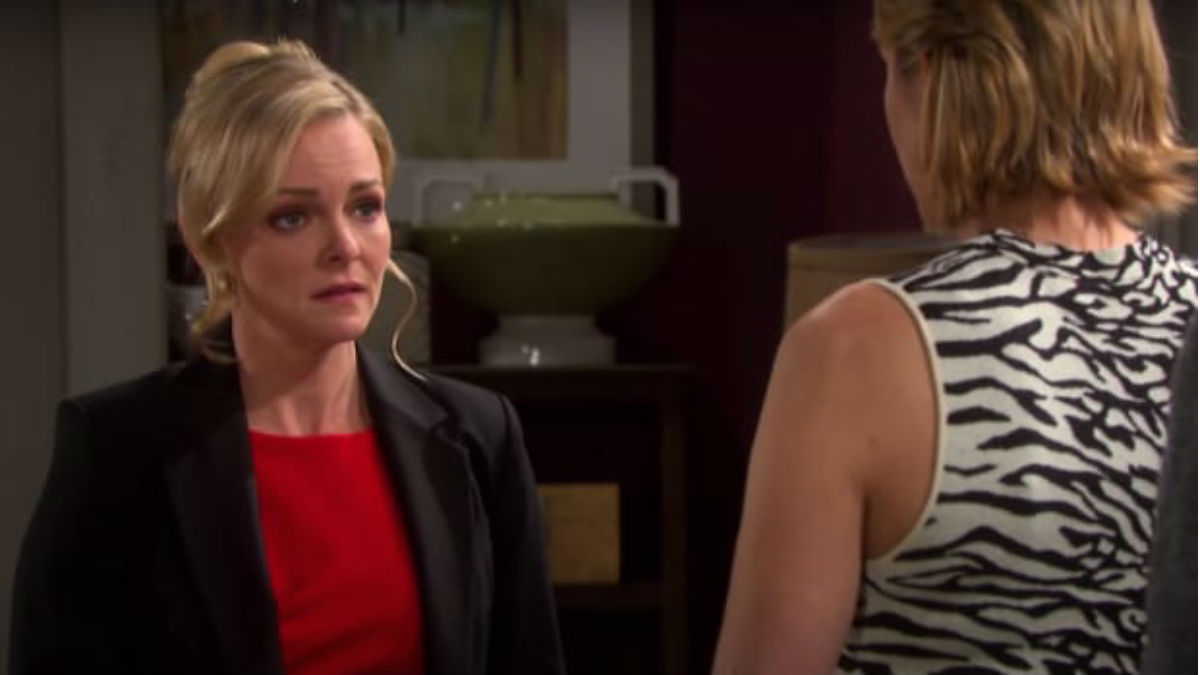 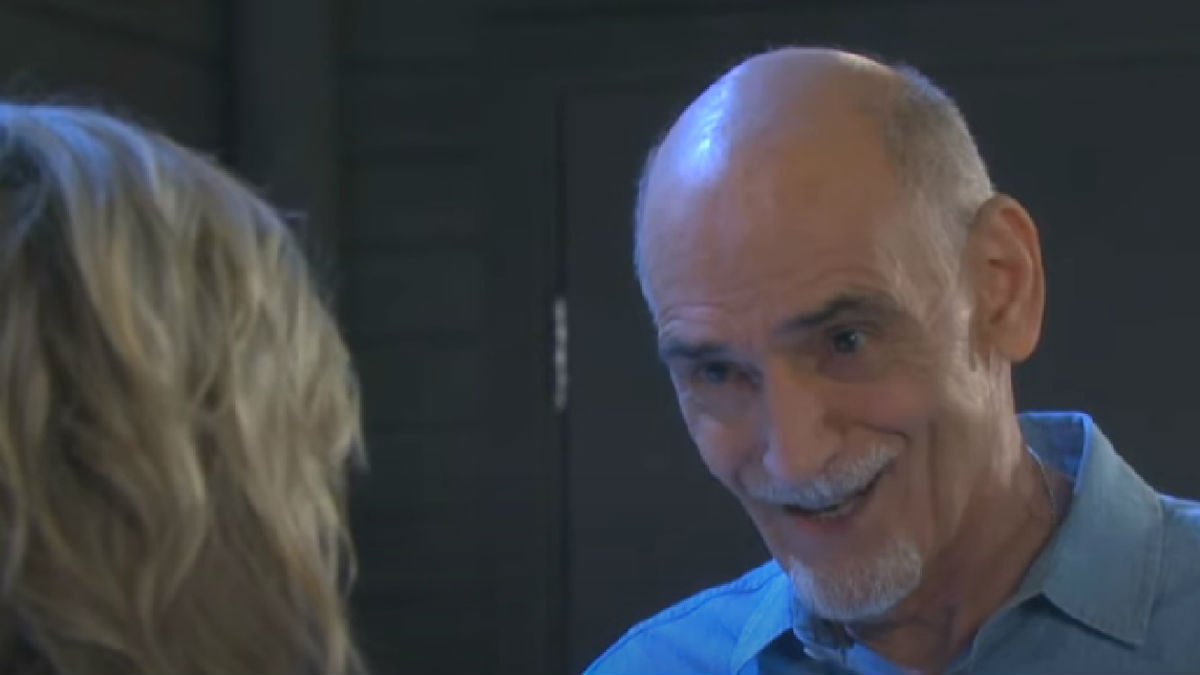