It seems like just yesterday when Nicole ‘Snooki’ Polizzi entered our lives on the very first episode of Jersey Shore. Back then, Nicole sported a very different hairstyle and claimed her biggest goal in life was to ”move to Jersey, find a nice, juiced, hot tan guy and live my life,” which quickly made her a household name.

But this likely won’t be the last we hear from the meatball since she has a personality that reality TV cameras can’t stay away from. The Jersey Shore alum even claimed she would do a different show if given the opportunity.

Snooki claimed she is open to another reality show

Now that Snooki is retired from Jersey Shore, what will she do with her life? She told HelloGiggles in April that she would definitely be open to doing another reality show with Jenni ‘JWOWW’ Farley, her best friend.

She told the website, “I would love to do something with Jenni again. Just because filming Snooki & Jwoww, our spin-off from Jersey Shore a while ago, was the funnest show ever.”

From 2012 to 2015, Snooki and JWOWW documented a very different side to the two women. Rather than partying and getting drunk on the boardwalk, the two began entering a more mature phase in their lives.

The show chronicled pregnancy and parenthood for the two, though they still got up to the crazy antics they’ve become known for.

Snooki said she would be open to hosting

Snooki also claimed she wouldn’t mind getting into hosting, telling HelloGiggles, “And I definitely want to try to get into hosting. Like a fun game show or something, where I could do something fun with the people and it’s not all about me, ya know? I hosted MTV’s tattoo show [2018’s How Far Is Tattoo Far?]…and that was really fun because it wasn’t just all me. I like having that break of not always being ‘on.'”

Snooki has her own online boutique and Etsy shop

Snooki took the name she made for herself to a new level, and started her own boutique in Madison, New Jersey. ‘The Snooki Shop’ sells clothes and accessories approved by the star herself. The site even sells a ‘snookini’ which features high-waisted bottoms with tummy control.

Not only does she have a boutique, but she also sells Jersey Shore related items on Etsy, where you can get a t-shirt with her mugshot or a picture of her with the infamous “where’s the beach?” quote from Jersey Shore.

She’s still figuring out her next move

At the moment, it appears Snooki is still figuring out her next move, though she’s obviously quite busy with her entrepreneurial pursuits. She told HelloGiggles, “I’m figuring out what I want to do next because I left Jersey Shore. So we finished filming that last fall, so right now, I’m just figuring out my next move. I was in the process of taking meetings and figuring out all that when we got locked down.”

So, we’ll have to wait and see if Snooki ends up on on our television screens in the future, but you can most likely count on it.

Sarah Veldman has appeared in publications such as Bustle, The...read more

1 thought on “What will Nicole ‘Snooki’ Polizzi do after ‘retiring’ from Jersey Shore Family Vacation?” 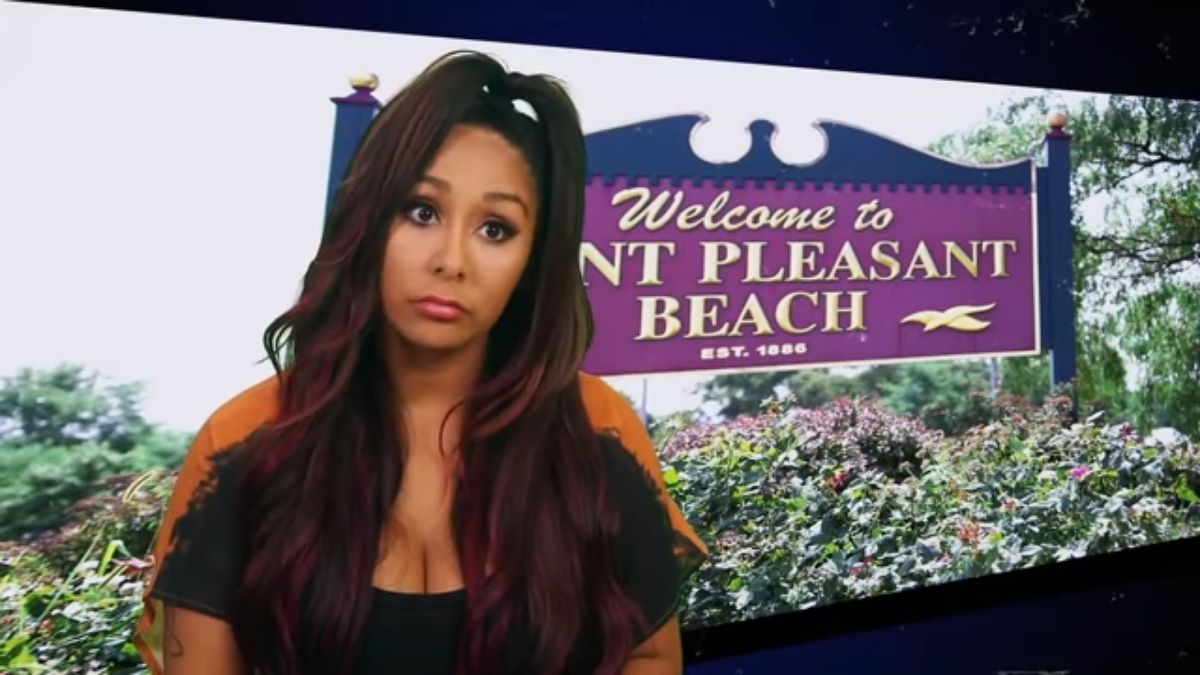