Nicole ‘Snooki’ Polizzi has clapped back at critics who slammed her not for her own name, but for her children’s names!

An Instagram user posted a comment on a shot of Snooki with her youngest child, Angelo. They wrote: “Why did you give your kids traditional Italian names? You’re not even Italian.”

In the snarkiest way she could clap back virtually, Snooki replied, “Because that’s what me and my husband wanted. My husband is 100 percent Italian. Although I’m [Chilean], I was adopted by Italian parents and raised as such, mmk.”

It’s not the first time Snooki has had to deal with trolls on social media. Almost every one of her Instagram pics is full of comments from users criticizing her and her skills as a mom.

Being in the spotlight is pretty difficult, and Snooki still bears quite a bit of criticism even though her Jersey Shore days are now behind her.

One Instagram user even criticized her for allowing her son to get highlights in his hair. They wrote, “Highlights for him? Pshhh SNOOKI” with an angry face emoji.

Another fan crossed the line when they commented on a picture of Snooki with her son Angelo, writing, “He’s not walking yet?”

Snooki’s Jersey Shore castmates have come to her defense

Snooki’s Jersey Shore castmates have always come to her defense. In February, Vinny Guadagnino told Intouch that Snooki does a great job at shutting down haters.

He explained, “It just shows she knows it’s a joke. [Snooki] knows these people are sick people … She doesn’t really care. The kings don’t pay attention to peasants throwing stones at the castle.”

Vinny later got more reflective, saying, “At the end of the day, we get in our nice cars, we go to our nice houses, we’re with our family and what they say doesn’t matter.”

Snooki is such an expert at shutting down trolls that she even wrote a blog post about her top tips for clapping back in 2015. In the post, she gave four tips about taking care of and loving yourself.

Under “Just Love Yourself,” Snooki wrote, “Even if you’re not at the point where you’re like, I’m at my goal weight and everything, you STILL have to love yourself and not let the haters get to you! Haters are jealous, they need to relax.”

In any case, Snooki clearly has the confidence to shut down the haters and focus on being a great mom to her three children. 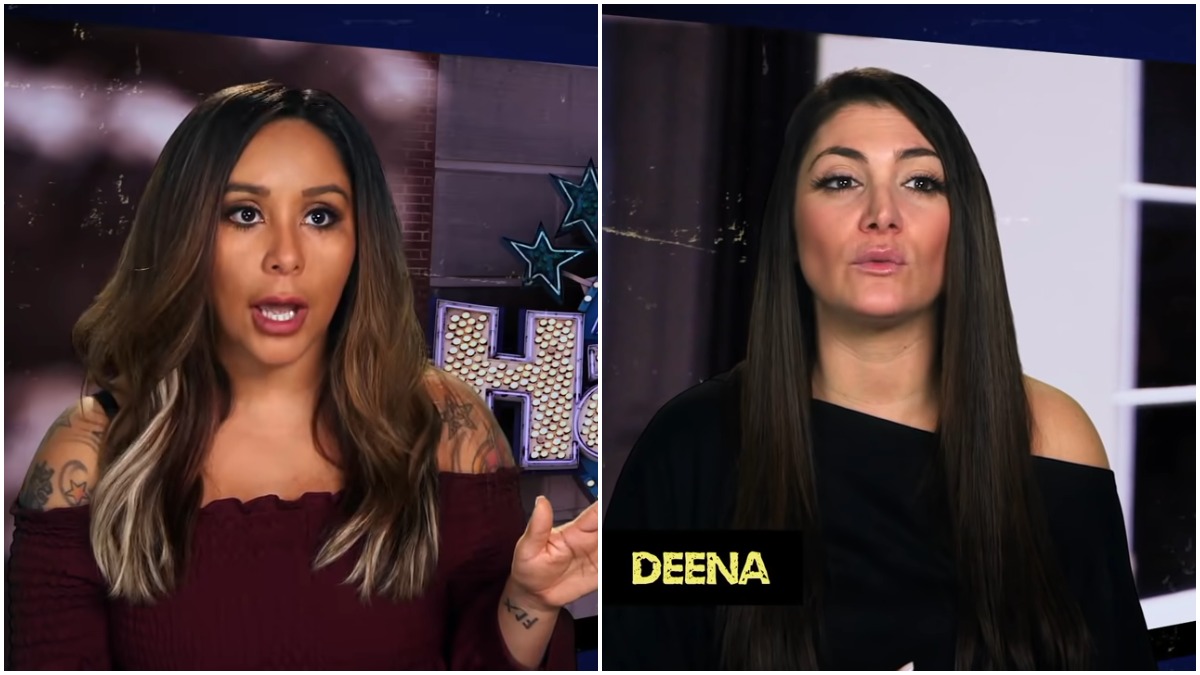 Jersey Shore star Nicole ‘Snooki’ Polizzi urges fans to shop her store, ‘its all I have’
RELATED POSTS