Across 36 seasons of MTV’s The Challenge, there have been all sorts of injuries that have occurred. Some have been much more serious than others, forcing competitors to leave the game early.

That was the case on the latest season, as Nicole Zanatta ended up eliminated from The Challenge: Double Agents due to an unfortunate injury.

She suffered it during a daily challenge event that other competitors have even criticized in terms of possibly lacking enough safety precautions.

Nicole’s now off the show and recently commented on how her “life changed” after sustaining that injury. She also mentioned what has been hardest for her since suffering it.

Nicole’s injury was worse than she thought

In the third episode of Double Agents, competitors were tasked with wrestling an opponent of the same sex atop a Mack truck speeding 50 miles per hour down the road. The objective was to get your opponent off the side of the truck into the safety nets.

There were no harnesses involved in the Road Kill mission, but competitors were wearing helmets. The top of the truck appeared slippery, and several of the competitors ended up getting hurt with arm or shoulder injuries.

That included Nicole, who was up against Kam Williams. At one point, she yelled, “Stop,” and medics had to check on her. Even her partner Devin Walker pointed out how it was obvious her shoulder was out of the socket.

Later in the episode, it was revealed that Nicole had to get all her stuff and leave The Challenge house. She was medically disqualified from Double Agents due to her serious injury.

Within the past week, Nicole took to her Instagram to share a photo of herself all smiles with a doctor beside her. She shared an update about the nature of her injury.

“What I thought was a minor dislocation turned out to be a much more extensive injury. My life changed in a matter of seconds, without warning, without knowing the degree of how bad things really were,” Nicole shared.

She added that she actually tore her labrum, requiring surgery. That is what changed her life as it took her away from doing some of the things she truly loves.

Nicole shared the ‘hardest thing” about her injury

Nicole mentioned in her update that due to the torn labrum and surgery for it, it means she’s unable to work out for now. It also meant she couldn’t work at her job as a firefighter.

“The things I love, that keep me going, had to take a backseat once my injury took precedence,” Nicole said in her IG post’s caption.

“Even the simplest task of putting my hair up and taking a shower became a task I needed someone else to accomplish and help me with. I haven’t been able to work, which is my deepest passion & drive. That’s been the hardest for me,” Nicole said.

Nicole’s appearance on Double Agents marks her third time competing on The Challenge. She previously appeared on Invasion of the Champions and Vendettas. On both seasons, she made it to the final, showing how strong a competitor she is.

After her injury on Double Agents, castmate and friend Lolo Jones criticized the safety of the daily challenge on social media, suggesting that maybe weight classes should’ve been considered when creating the matchups.

The wrestling on a speeding truck challenge also brought an injury for Liv Jawanda. She went to get checked out and returned to appear in the third episode. She also said she was awaiting X-Ray results.

It’s possible that Liv could still get sent home in the fourth episode, so that remains to be seen. That said, Nicole Zanatta seems determined to come back stronger than before, and based on her Challenge history, she will likely overcome this latest setback. 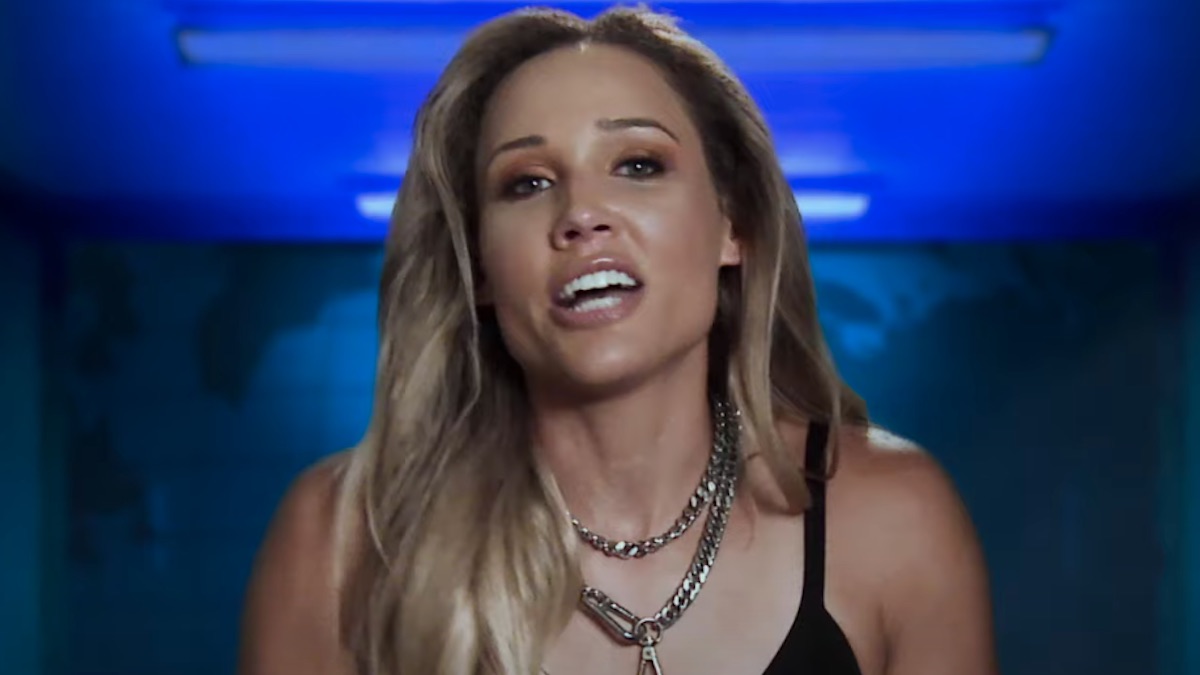