Monsters & Critics columnist, Liz Long, recaps The Bachelor, Season 25, Episode 5 with a little help from a glass of pinot (or two) …

“I owe it to these women to create a safe space for them, and that’s what I’m going to do.”

And with those words, Matt James, our stand-up Bachelor, cleaned house.

First casualty of the night: Anna.

Matt wasted no time in sending Anna packing for that little “escort” rumor she spread about Brittany last week.

And because that send-off was apparently a shock to the system for the remaining “mean girls,” in came the “apologies!”

Victoria apologized to Catalina for ripping off her crown, Kit meekly chimed in with an “I’m sorry for dressing better than you” (okay, so I made that up), and the runway model who I expected more from, Chelsea, dropped this: “Do you guys actually feel like this environment is toxic?”

I’ll let the “JV” squad answer that one, Chels.

Ryan, what do you have to tell Matt now that you finally can breathe a little bit here at the Nemacolin?

Yes, Ryan revealed to our clueless Matt that Victoria found out she was a dancer, which, to Victoria, meant she was a ‘ho.’

And you better believe Matt wasn’t about to stand for that.

In the moment Bachelor Nation has all been waiting for, Matt finally defies ABC Producers who had to have been pulling the strings all along (and yes we did read Dylan Barbour’s Twitter rant confirming such suspicions), as he takes matter into his own hands.

Weeeeelllllll …. almost. You see, he didn’t kick Victoria out as swiftly as he did Anna. No, we had to sit through an entire rose ceremony for that. But let us mark these words of our Bachelor when he asked Victoria about the “ho” comment to which she explained was “taken out of context.”

“People’s words are powerful and when you said Ryan was a ‘ho’ what context is that acceptable to be taken in?”

Oh I could wax and wane about how ridiculous Victoria’s exit was, saying that she “honestly felt sorry for Matt for listening to hearsay instead of facts” but Matt chose the right response: …. Silence.

So, yes, my friends. We can officially stop talking about this now. The world feels lighter. People like Katie, Abigail, Rachael, and Pieper are still here.

Rachael is getting a one-on-one “Pretty Woman” style, MJ is getting chased by chickens, and Pieper is getting open-eyed kisses that are about as random as Matt telling Rachael he’s “falling in love with her.” (I mean, I’m not mad at it–just a little surprised is all … like have they even talked?!)

Things ALMOST feel right at the Nemacolin, but Matt still has a little bit of unfinished business.

That’s right: he needs the truth from MJ and Jessenia about whether “toxicity” still exists in the house.

And, just in case, we weren’t confused enough by this season, MJ leaves us with this thought:

“I preach harmony and peace. I lead by example.”

Next week, Heather Martin, arrives, and I don’t know if she gets a bad edit or what, but she might be the reason behind Dylan’s recent Twitter rant where he spilled all the tea on ABC and The Bachelor franchise.

I’m still hoping the Nemacolin becomes a house of total peace and unity, and that everyone can cheer Matt on as he skips off into the sunset with his Abigail–I mean lucky lady–but being that MJ, our preacher of harmony and peace, is about to leave, I won’t count my chickens before they hatch. 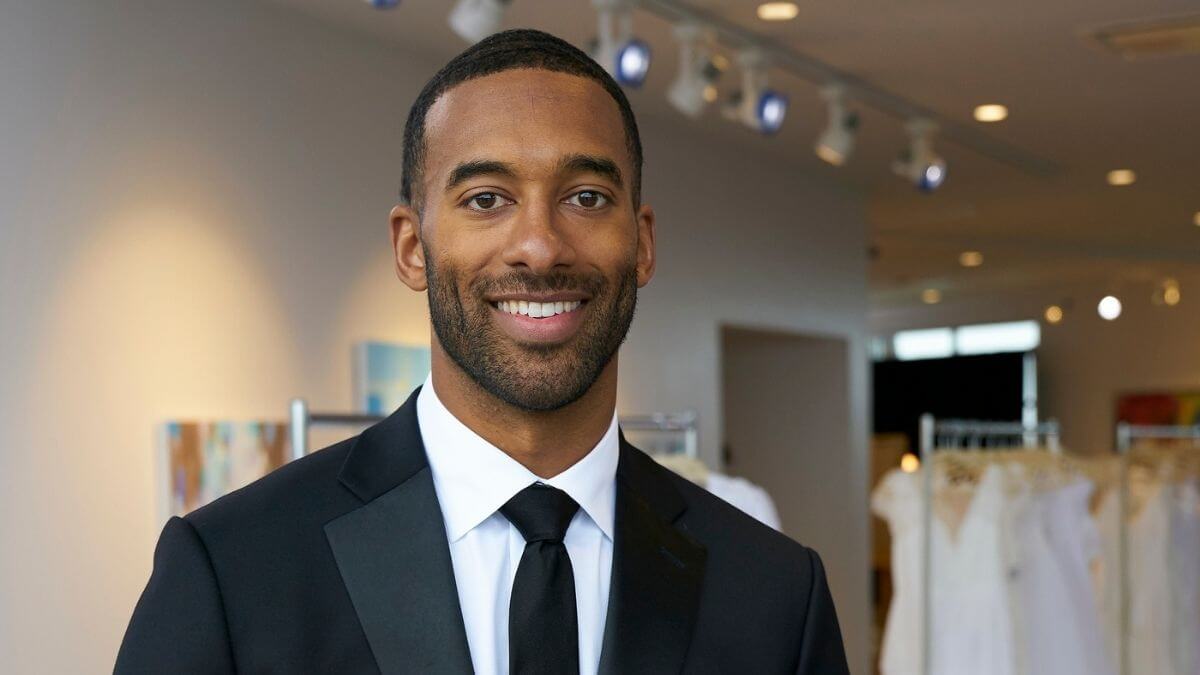 Is Matt James keeping The Bachelor villain Victoria around for himself or producers?
RELATED POSTS