Paola Mayfield is receiving quite a bit of backlash after posting her thoughts on the death of George Floyd, with quite a few followers calling her post “tone deaf” as others stuck up for the 90 Day Fiance star.

It all began with a post where Paola revealed that she had just watched the video of George Floyd being “murdered by police.”

Paola told her followers, “I can’t take the words out of my head.”

Then, the 90 Day Fiance star offered her condolences “for those who have lost someone in times like this and even more in the way the George Floyd lost his life.”

After that, Paola offered her message that she hopes people can come together and learn to love each other, saying of the recent riots, “destroying and creating more chaos won’t fix anything.”

But that’s not the part that has everyone up in arms.

The reason that Paola Mayfield has been called out on her “tone deaf” post was that she chose to share it with a photo of herself rather than one of the now-deceased George Floyd.

Yesterday I saw for the first time the video of George Floyd being murdered by a police officer, and it broke my heart, I can’t take his last words out of my head😞 My biggest condolences for those who have lost someone in times like this and even more in the way the George Floyd lost his life. We are all human. It doesn’t matter where we are from, the color of our skin, our social class, how much money we make. Why can we not be united as humans? Why do we have so many divisions? Why so much hate? Only together we can make a difference! We can protest and fight for our rights but without creating more damages even tho we know there is more to the story to what is happening. I know the majority of us are upset and sad about what is happening, but destroying and creating more chaos won’t fix anything. Please let’s learn to love each other and stop fighting against each other, let’s be the change that society and this world needs. Love you❤️ . . . . Ayer vi por primera vez el video de George Floyd siendo asesinado por un oficial de policía, y me rompió el corazón, no puedo sacar sus últimas palabras de mi cabeza😞 Mis mayores condolencias para aquellos que han perdido a alguien en momentos como estos y aún más en la forma en que George Floyd perdió la vida. Todos somos humanos. No importa de dónde somos, el color de nuestra piel, nuestra clase social, cuánto dinero ganamos. ¿Por qué no podemos estar unidos como humanos? ¿Por qué tenemos tantas divisiones? ¿Por qué tanto odio? ¡Solo juntos podemos hacer la diferencia! Podemos protestar y luchar por nuestros derechos, pero sin crear más daños, incluso aunque sabemos que hay más en la historia de lo que está sucediendo. Sé que la mayoría de nosotros estamos molestos y tristes por lo que está sucediendo, pero destruir y crear más caos no solucionará nada. Por favor, aprendamos a amarnos y dejar de luchar unos contra otros, seamos el cambio que la sociedad y este mundo necesitan. Te amo❤️

Here’s what Paola Mayfield’s Instagram followers had to say

“You post a picture of yourself when attempting to pay tribute to Mr. Floyd?” One commenter wrote. “The point is to post his picture, considering your following, you have a voice and a platform. For once, step outside your vanity and realize that not everything is about your tacky colored hair and clothes that seem to shrink in the dryer because they are too damn small for you.”

And they weren’t alone. Many comments poured in, calling out the 90 Day Fiance star for making the post about herself and not George Floyd.

Another wrote, “I thought I was going to see a pic of George Floyd.”

While another commenter voiced the same thing, saying, “Girl I love you but you could have used a different picture.”

Yet another wrote, “This post is tone deaf. There is no correlation between this atrocious story and this picture of you looking so calm and happy. People in the comments saying how beautiful you are with no mention of this mans cruel and untimely death. If you want to highlight this issue try giving some attention to the man, his family, the community.”

Paola Mayfield responds to the backlash

It didn’t take long for Paola to respond to the backlash she was receiving from those who thought she was using the tragedy of George Floyd’s death to gain more attention for herself.

The 90 Day Fiance star shared another post to Instagram that same day, this time with no picture at all. Her caption read, “This is the last thing I will say about this subject. I’m sorry if you feel offended it is not my intention but remember that we all have freedom of speech and that doesn’t give anyone the right to insult and degrade someone!”

The photo this time was a lengthy note where she insists that she is “not the problem.” Paola insists that her message was “not about the picture” but that it got everyone’s attention.

Then, instead of focusing on the death of George Floyd, which she didn’t even mention in her rebuttal, she said the pictures she would like to post are “those kids being killed in Syria, the 800 thousand kids that are missing every year only in the USA, the kids that are used for sacrifice, the pictures of children and adults being trafficked.”

And while there were plenty posting their support of Paola, many others continued to call her out.

One wrote, “Again, this post could’ve been kept to yourself. This response proves that you don’t get it, and not willing to leave and understand why it was tone deaf. Just be real… you wanted attention. People are telling you what’s wrong with the post, and instead you get offended. We don’t need your fake support.”

This is the last thing I will say about this subject. I’m sorry if you feel offended it is not my intention but remember that we all have freedom of speech and that doesn’t give anyone the right to insult and degrade someone! . . . Esto es lo último que diré sobre este tema. Lo siento si te sientes ofendido, no es mi intención, pero recuerda que todos tenemos libertad de expresión y eso no le da a nadie el derecho de insultar y degradar a alguien.

This isn’t the first controversy for Paola Mayfield

Paola Mayfield is no stranger to controversy and she often steps in it on social media.

Recently, Paola was blasted for her COVID-19 response. She got a lot of heat after posting about masks, claiming that wearing them too long was not healthy among other things.

Going even further back, Paola has been known to call her haters out for being “jealous,” even telling them once to “wash your jealousy off on my abs.”

90 Day Fiance is currently on hiatus and is expected to return later this year. 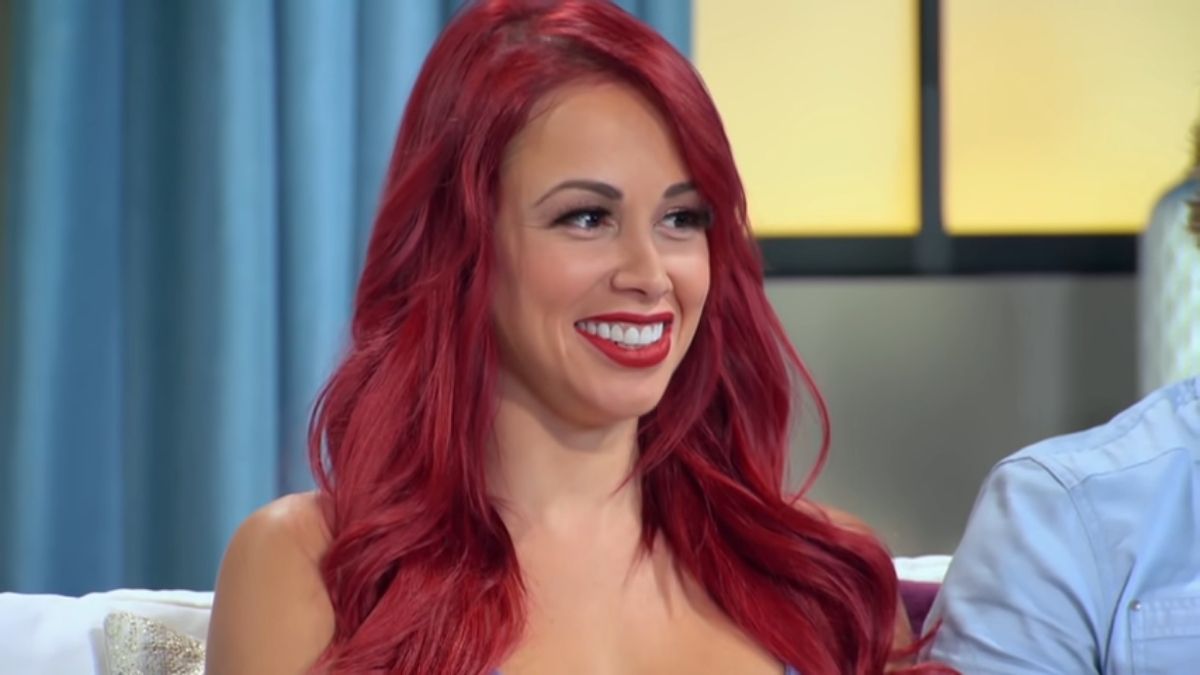 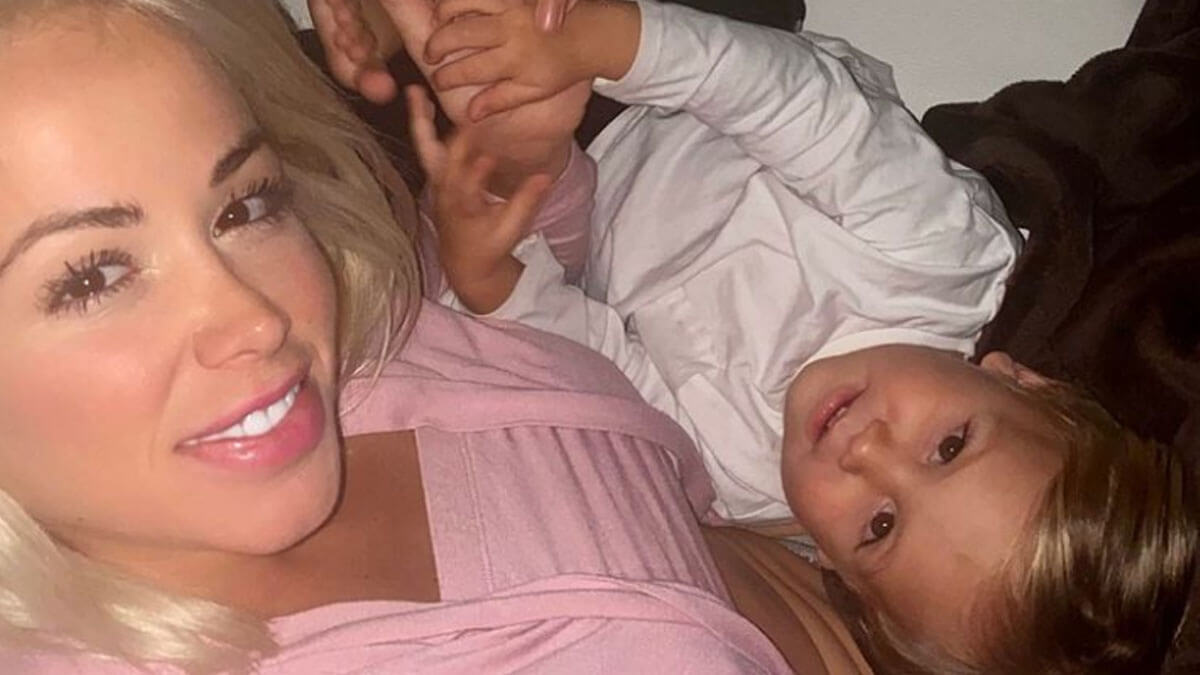