Despite all of his chances to find love, Nick has yet to get engaged or get married.

While he recently teased that he was dating someone, he certainly isn’t about to settle down and start a family tomorrow.

But fans may recall his season of The Bachelor, where he proposed to Vanessa Grimaldi.

Everyone thought Nick had finally found love but sadly, the romance would come crashing down less than a year after their Bachelor proposal.

Nick and Vanessa broke up back in 2017, so they have moved on with their lives. Now, they are ready to talk about their split.

Vanessa shared the news on her Instagram account, revealing that she and Nick had recorded a podcast together about their split. She didn’t specify whether it was The Viall Files.

The couple announced their split about 9 months after getting engaged on the show. At the time, the distance between the two appeared to be a big issue as Nick wanted to stay in Chicago and Vanessa wanted to stay in Montreal, Canada.

“It’s with a great amount of heartbreak for the both of us as we have decided to end our engagement,” the statement read. “We gave this relationship our all and we are saddened that we did not get the fairytale ending we hoped for. We will continue to be there for each other no matter what. This hasn’t been an easy decision, however, as we part ways, we do so with lots of love and admiration for each other.”

While Nick continued to film Bachelor In Paradise, Vanessa took a backseat to The Bachelor fame.

Nick was recently spotted with Andi Dorfman, as the two went running together in California. It didn’t take long for rumors to surface that they were dating, but he denied they were a couple.

He called her a great running partner.

Then, about a month ago in mid-June, Nick was linked to Demi Burnett, as fans now believed that he was dating Demi. He had previously revealed he was seeing someone but didn’t specify who. 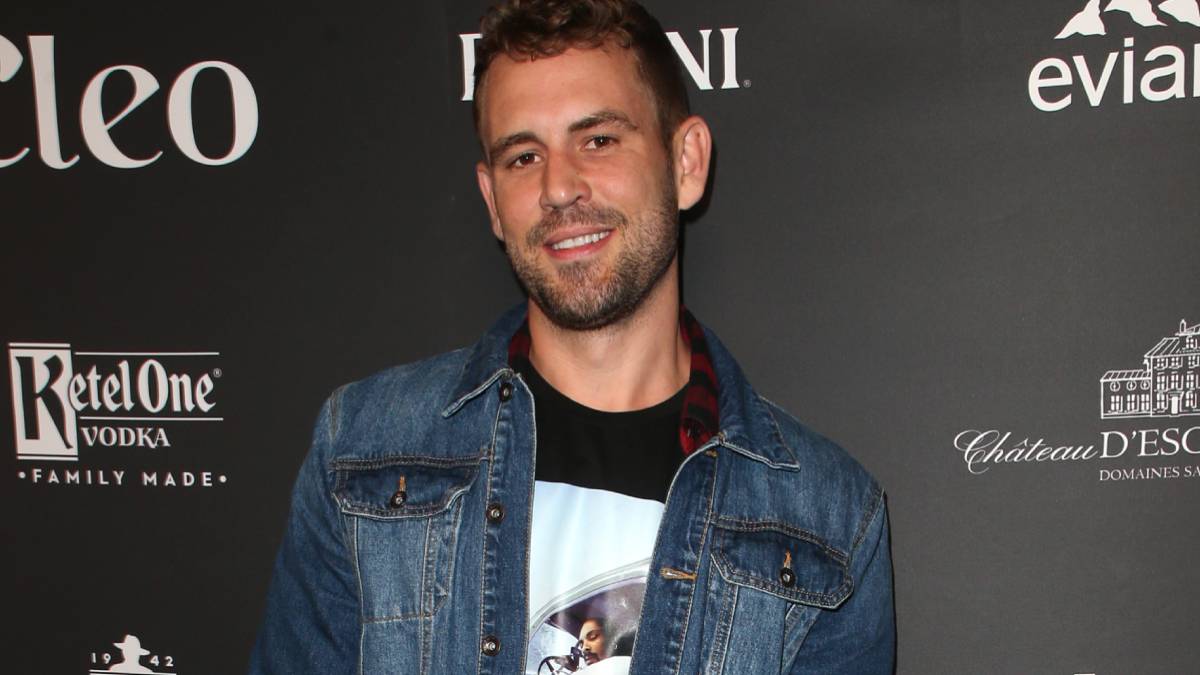