The unprecedented events of the pandemic gave Karen and Miles the extra time they needed to figure out if they wanted to stay together.

Karen was the first person in MAFS history to find out who her husband was before walking down the aisle. Fear struck her as she admitted that Miles wasn’t her type.

While the other couples were more obvious with their choices on Decision Day, this is the pair that could’ve gone either way.

Karen was everything that Miles wanted on paper, however, she lacked the affection he needed to feel loved in a relationship. Karen was convinced that her new husband was too good to be true and wasn’t being his true self. She had major walls up from a previous heartbreak.

However, they surprised viewers and chose to stay married.

Filming has always portrayed Karen as cold, but the extra time allowed her to open up to her new husband.

She had strong views

Karen’s issue with Miles was that she needed him to play the protector role. She saw Miles as highly emotional and it took some time for her to get used to it. She pictured marriage a certain way and it took a while for her to see Miles fitting the mold of her husband.

When asked if Karen regrets being closed off, she says she doesn’t. She’s naturally reserved and chose to be true to herself.

However, the experts were right in matching reserved Karen with someone as patient as Miles. Miles had more patience than most for Karen’s very slow pace.

He had his wife’s back

Mrs. Landry-Williams, The world will never know all that we have been through and I kinda like it better that way. We know what we have and I am excited for the world to see the person I have gotten to know and care about since day one. I am so proud of you. This year has been a journey! We leaned on each other through a WILD experiment, a pandemic, and being silent while watching the world react to what they’ve seen. The hate has been unreal and through it all, you’ve found the strength, courage, and love to show up everyday and build a strong foundation for our marriage. You told me early you wanted to be somethin special. Let’s get started, Killa. 🖤, Miles #MarriedAtFirstSight #MAFS #BlackLove #blackboyjoy #blackgirlmagic

Miles reminds fans that they only see a small glimpse into their relationship.

The experiment in New Orleans was almost double its normal length, which leaves plenty of moments that viewers didn’t see.

Miles further emphasizes this message in a letter to his wife on Instagram. He wrote, “The world will never know all that we have been through and I kinda like it better that way.”

After Miles revealed his past with depression, fans criticized Karen even more for how she treated him. He revealed that his wife has received a lot of hate from the show.

Fans wanted to give Miles a hug as he was convinced that his new wife didn’t care about him.

Karen still agrees with her actions but does not like that her view on masculinity was linked with Miles’s clinical depression.

Miles is proud of his wife as she has stayed resilient through all the hate she received.

Do you think this Married at First Sight couple will last? 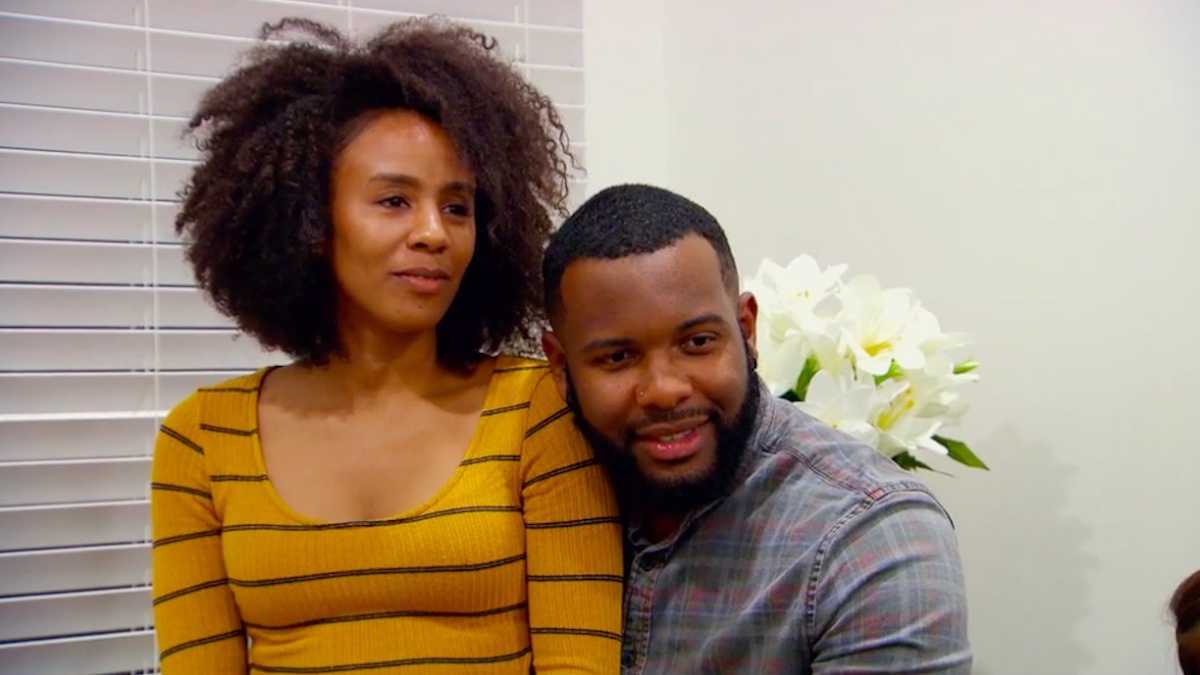 MAFS New Orleans: Karen opens up on if intimacy has gotten better with Miles