Monsters and Critics columnist Liz Long recaps Married at First Sight, Season 12, Episode 4, Romance or Regret, with a little help from a glass of pinot (or two) …

Well, MAFS-Lovers … we are only into Episode 4 of this season, and things have gone from bad to worse … like way worse for one of our couples.

And while Chris’s bad behavior was the glaring topic of tonight’s episode, I refuse to let this guy take up ALL of our time … so we will discuss Bri and Vincent (among the others) if there’s time.

It’s just – we have to state the obvious here. The obvious being … Chris has quickly become a mix of our “Top Three Worst MAFS Husbands of All Time!” From disappearances, to panic attacks, to gaslights … the icky ingredients are all there … in one bow-tied package!

Let’s dive deeper, shall we?

Do you guys recall Matt and Amber from Season 9? He was that really tall basketball player who couldn’t stay home more than two nights in a row, had a hankering for disappearing around 2 AM without his ring, while little Amber waited at home, worried, only to welcome him back with open arms when he returned 10 hours later as if nothing had happened?

But possibly worse. Now I might need to check my facts on this, but I’m pretty sure Matt didn’t have a “moment” with Amber …. twice … the night of their wedding AND the morning after, only to disappear the next morning … come back like nothing had happened …. and THEN tell his new wife he’s “not attracted to her.”

Yeah. Chew on that.

But that is precisely what happened to our Poor Paige.

Chris went to get “breakfast” for them, but he didn’t return until HOURS later! Let us remember, this is only the morning after the wedding.

We are not four weeks in. Heck, we’re not even on the honeymoon! This is seriously their first breakfast together. Oh, and it never even happened. Lo and behold, when Chris did finally return to the hotel room, he was empty-handed! So, yeah, there’s that too.

Ingredient 2: Blame your behavior on a panic attack

So when you exhibit poor behavior and don’t really want to own up to it, what’s left to do? Two words: PANIC ATTACK!

Anyone else getting major Brandon vibes this episode?

Just like Brandon, Chris blames his disappearance on a panic attack. You see, on the way to the breakfast bar, he panicked over getting married to someone who is typically not his type. And when he told Paige he wasn’t attracted to her, in that moment, I was devastated for her. (Guys, she even took his hand (like Amber would have!) to comfort HIM.)

To add insult to injury, Paige now has to go meet his family for lunch or brunch–who knows, anything is good at this point being that she missed out on breakfast.

But I didn’t see any food for Paige (good grief, Virginia had a gigantic pasta dish in front of her!). And I certainly didn’t hear any light-hearted conversation (even Jacob got to talk about searing steaks!). For Paige, there was only a lost girl who sat in front of strangers asking them to clarify what the hell is going on.

In other words, why did your son have two “moments” with me if I was basically “dead on arrival”?

The confusion for her continued as the mom pseudo-defends Chris (I mean, it IS her son), but at least–AT LEAST–dad (El Capitain as I’m going to call him) defended Paige’s honor.

Yes, the family did redeem themselves as they all stood 12 feet from each other, clad in their designer duds, as if mob boss dad dictated what actions needed to be done to clean up the son’s mess, so I’m glad when the dad told Chris: “You better not hurt her.”

This leads us to our next example of how Chris is vying for a spot in Worst MAFS Husbands of All Time.

Ingredient 3: When in doubt, gaslight.

“Zatch.” Remember Zach guys? The one who talked in circles to deflect from the fact that he was basically gaslighting Mindy when she’d get confused about, oh, I don’t know, why he had her friend’s number on speed dial?

Tonight, Chris exhibited similar behaviors. Instead of listening to why Paige was upset or empathizing why she might be confused, he played victim saying that he just couldn’t believe he would talk about his sex life to his family!

In Chicago, where he’s from, you just don’t do that.

Chris was so upset at this, but there was one redeeming moment out of this: Paige telling him, “You seem to have a lot of problems with a lot of different things.”

And I was worried the mind-warping had already gone too far.

For the record, Paige still believes this marriage is ordained by God and so she’s going to give this marriage a try … still … and have some more sex along the way. (Sigh.)

Now I said I wasn’t going to only talk about Chris so let’s touch on the couples bringing the smiles and the fun … or at least not a recipe for disaster.

Well, Erik and Virginia I gotta say are cute (and yes, I realize that might be an unpopular opinion), but I can’t help but focus on their huge smiles and palpable chemistry. She can’t stop smooching his face, and though he recognizes that she’s a “party girl,” he also mentions that “she does something for him and gives him a feeling that he’s been searching for” so he can’t overlook that.

And neither can I. (If I can’t have him, I’m glad he has a girl who is making him smile like a little school boy.)

And how about Bri and Vince? Vince is such a calming presence to Bri’s type-A personality, and she’s there for it. Their cutest moment came right when they arrived to their Vegas honeymoon suite.

Bri was all pumped to party it up, but Vincent just found out his grandmother had a heart attack and is in the hospital.

Bri sat on his lap and told them if they need to leave, she’ll be right there by his side, providing the affection and comfort Vincent has been searching for. She is “walking the talk” of being there for her husband, and Vincent is loving it.

It doesn’t hurt that Bri also has a little naughty streak (telling him to program the eggplant emoji in her phone for him), something I think her husband needs (because, yes, I still have memories of him at the Bachelor party, but he is quickly melting those concerns away.)

I’m afraid Clara hasn’t stopped talking (God love her), and, unfortunately for Ryan, she apparently even does this in her sleep (and sleepwalks!) so, yeah, ol’ Ryan can’t catch much of a break.

They are still acting like more of chummy roommates than husband and wife, and I can’t shake this feeling that Ryan tries to do everything to perfection, and this is no different for him. I just wanna hear what really is on Ryan’s brother’s mind. He’s been a man of few words, but when he speaks, his words have impact. So far the three lines we’ve heard him say are:

Joke or not a joke? You decide.

Jacob & Haley: Let’s talk about something else!

Similarly, Jacob can’t stop talking about his gym routine, diet of steak and eggs, and let us not forget his resort-like home. At this point, I think Haley is simply starring in a comedy in her own mind.

But, really, Carnivore Jacob is harmless and is a nice guy … and … well, I hate to say it, but Chris said it best: “I kinda feel bad for Haley. She has to put up with Jake. He’s a good guy and everything, don’t get me wrong.”

But she’s going to give it a try (alcohol on her side), and I just wish the experts would have done a better job for her.

Regardless, it looks like we might have at least two solid couples on our hands here, and so that’s something, right? I mean come on, guys, I’ll take anything we can get at this point because I am still devastated over Paige and Chris.

As I go off to cry under my pillow, I’ll pray for Paige and for the hope that Erik doesn’t get too mad at Virginia having guy friends (a preview for next week). Just keep being Daddy Cool, buddy, and we should be good.

In the meantime, check out our list of the six worst husbands in MAFS history and let us know if there’s room for Chris. 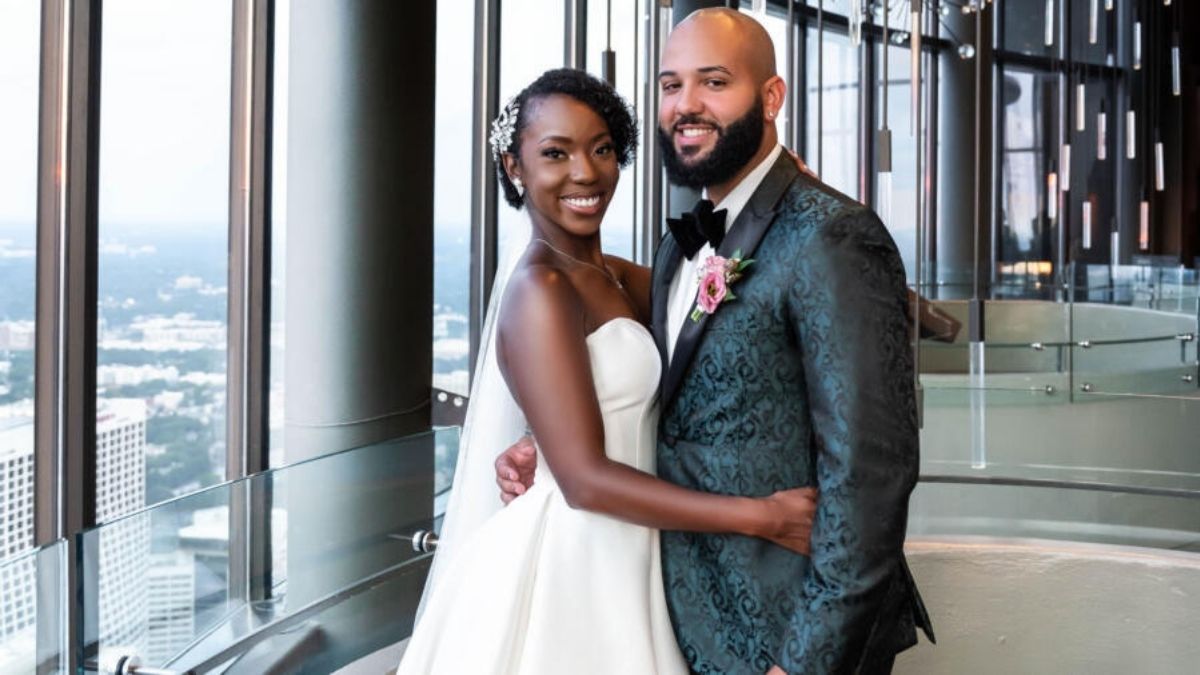 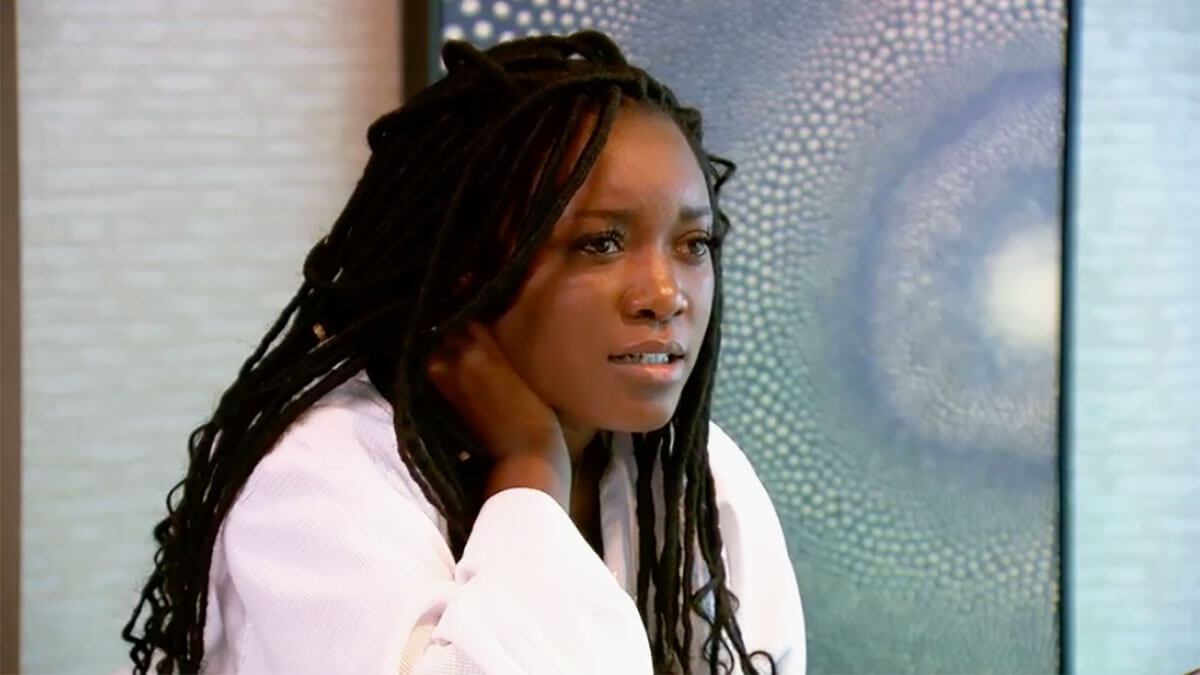