Part two of the Real Housewives of Salt Lake City reunion gave us quite a revelation.

And now it’s seeming as if Mary Cosby lied and caused more drama than anyone could have imagined.

You may remember that Jen Shah lost her cool during her husband Sharrieff’s birthday party – after castmate Whitney Rose revealed a rumor from Mary.

Supposedly, Meredith Marks and Lisa Barlow had told the controversial Housewife that they were afraid of Jen.

And once Whitney shared this news with Jen, she tried to get to the bottom of things.

Both Meredith and Lisa denied the accusations, and Jen grew even more infuriated that no one was fessing up.

As a matter of fact, Jen was angry about this up until the end of the season, targeting Whitney Rose for the part she played in the rumor.

But now, the truth has come to light.

Mary just confessed that neither Meredith nor Lisa said any such thing to her.

Did Mary Cosby lie about Meredith and Lisa being afraid of Jen?

Andy Cohen got to the bottom of the rumor during The Real Housewives of Salt Lake City reunion.

And as it turns out, Meredith and Lisa were being truthful, they never told Mary that they were afraid of Jen.

Apparently, it was Mary who felt that way.

“Did Meredith and Lisa say to you that they were scared of Jen?” asked Cohen during Part two of the reunion.

Andy followed up by asking why she told Whitney that her two castmates had said those things, Mary responded, “Because I said they are.”

Despite having her name cleared during the discourse, Lisa Barlow had a bone to pick with castmate Whitney Rose.

She was the one who carried the news to Jen and Lisa wanted to know why.

The brunette beauty also had issues with Heather Gay, who was also there when Whitney made the revelation.

“But why were you guys so excited to tell her that we’re afraid of her to cause discord?” questioned Lisa.

She added, “Why is it you can’t wait to tell Jen that I’m scared of her? And I was standing right in front of you, ask me what I said!”

But Heather and Whitney didn’t back down.

“Lisa you act terrified of her,” responded Heather.

“The way you kiss her **s, it’s clear to the world that you’re terrified of her,” continued the RHOSLC star. 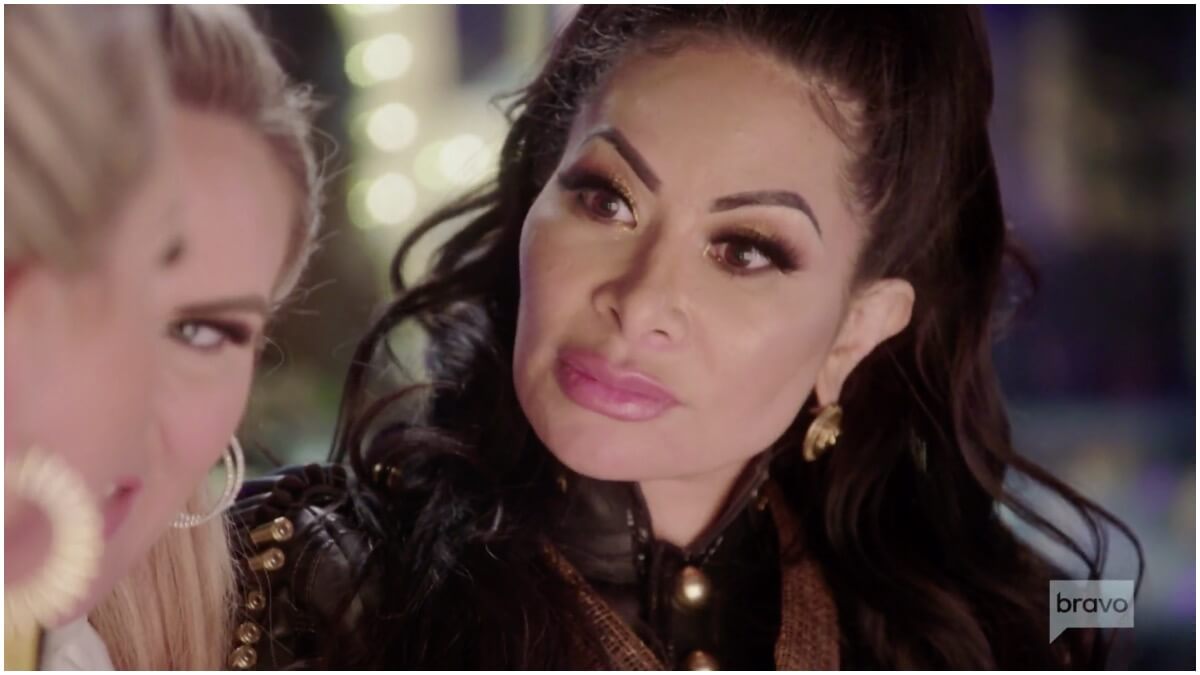