Captain Lee Rosbach has spilled how drunk Delores’ friends felt about her early Below Deck departure.

The aftermath of Delores taking a late-night swim was everything fans anticipated. Captain Lee was furious, even ending the charter thanks to Delores’ drunken behavior. After lots of coaxing, Delores finally went to her cabin, as one of her friends unleashed on her.

Captain Lee told the My Seanna crew someone needed to stand guard outside Delores’ room all night in case she attempted another swim. It was for safety reasons. No more chances could be taken by the captain when it came to the unruly guest.

The primary guests choose vacation over a friend

Despite his initial take no prisoners’ attitude to end the charter, Captain Lee had a change of heart the next morning and gave the primary guests a choice.

“I decided to reconsider and give them the option, but she was definitely going. If you want to stay and play by the rules, we’re fine,” the captain shared during the Below Deck Season 8 After Show.

Fans watched as the primary guests chose to give Delores the boot and continue with their vacation as planned. It turns out the decision was not that difficult for the couple to make.

“It took them all of 30 seconds to throw her a** under the bus so fast it made your head spin,” Captain Lee recalled. “They were like ‘we’re staying, get her a** out of here.'”

Chef Rachel Hargrove laughed during the after-show about Delores getting voted off the yacht Survivor-style.

The captain was prepared to take action if Delores decided to protest her early departure.

“I told Chess to go down and pack her if you have to. If I have to come down if she does not want to go peacefully, I really don’t care. I will put her in cuffs and take her off the boat, and I have the legal authority to do that,” Captain Lee stated.

Bosun Eddie Lucas laughed, calling it Maritime law, which made Captain Lee crack up before telling Eddie never to mention that word.

Yes, even the stud of the sea has become sick of hearing about Maritime Law thanks to Captain Sandy Yawn and Malia White overusing it during Below Deck Mediterranean Season 5.

Captain Lee and Eddie agreed Delores deserved to be ditched by her friends. Delores’ behavior was unacceptable. She proved Captain Lee and her friends made the right choice when she jumped out of the tinder into the water as she was being taken to shore.

Fans wanted more drama on Season 8 of Below Deck and boy did they get it thanks to Delores. 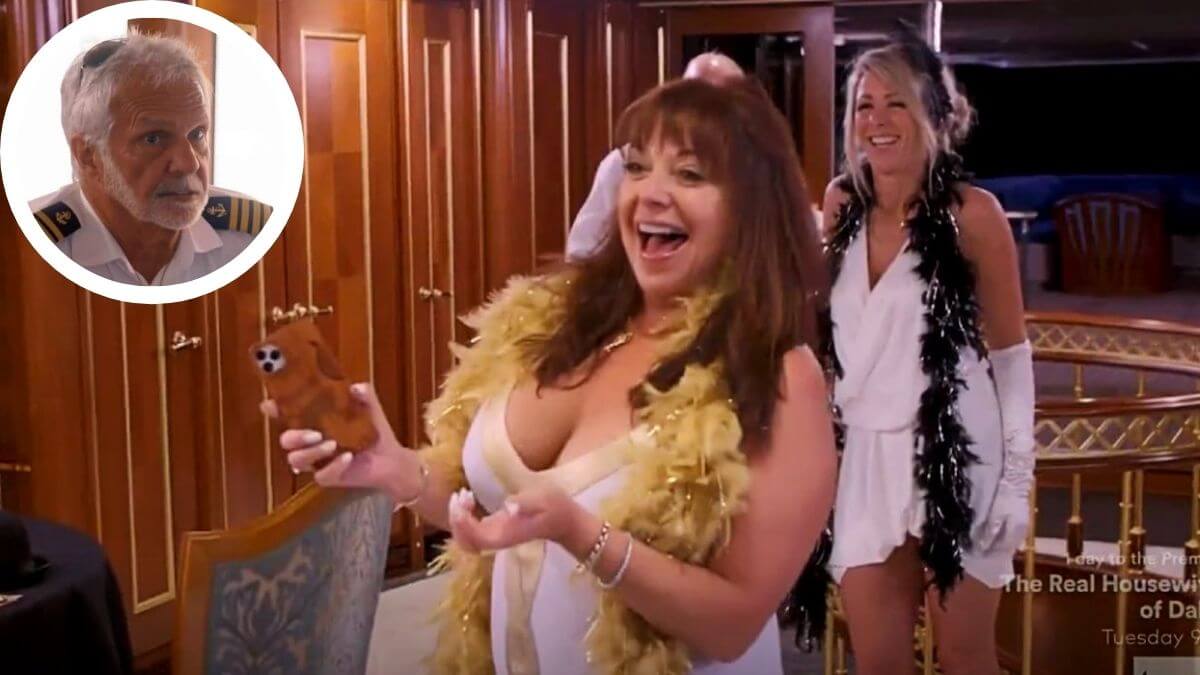