Will Rose and Ed hear wedding bells on 90 Day Fiance: Before the 90 Days? Or is this a relationship that has too many problems to actually end with a proposal?

We have a clip for the new episode on Sunday night, where Rosemarie and Big Ed are shown enjoying a restaurant at the hotel they are staying at in The Philippines.

But Ed still has some questions. Does Rose know that her sister asked Ed for money to help with her store? Will Ed ask about it using tact, unlike when he gave her a toothbrush or asked her to take an STD test?

Ed isn’t exactly known for being a great conversationalist on the show.

In the clip below, Rose and Ed are arriving at a table that the restaurant has situated next to its outdoor pool. The couple appears ready to have a nice and relaxing evening together – with a bit of romance on the menu.

Rose is seen speaking with the camera about wanting a proposal to take place at this extravagant dinner that Ed has set up for them, but she might be leaving the table a bit disappointed. Especially after Ed says “I’m not 100 percent sure” about whether he wants a long-term relationship with Rose.

Before Big Ed went to The Philippines, he received an online chat message from someone claiming to be Rose’s sister. The person asked for some money – which sent up some red flags for Ed.

Ed told the person — who he said he believed to be Rose’s sister — that he didn’t feel comfortable sending it but that he would continue the conversation in person.

Since that time, the subject has come up during a number of episodes of 90 Day Fiance: Before the 90 Days, with Ed frequently telling the camera, producers, friends, and pretty much anyone not named Rose (or her sister) that he was worried.

And that theme continues with the new episode, as shown in the clip above. Ed speaks with the camera again, stating, “There’s one thing that’s holding me back and that is whether or not Rose was involved with her sister asking me for money.”

The clip ends with Ed trying to put off the conversation until after dinner, but Rose wants him to explain it now.

We will have to wait and see what comes next and if Rose gets that proposal from Big Ed that she had been hoping to receive.

During the episode, we are also going to find out the lengths that Tom will go to speak to Darcey again. 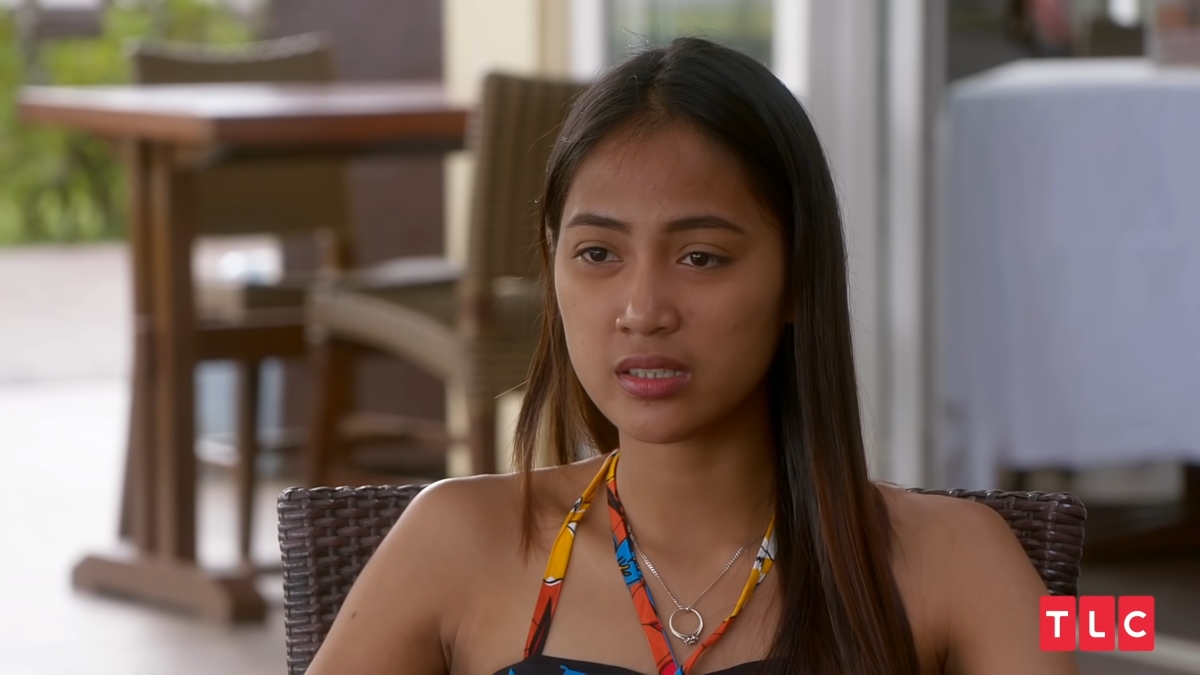