The new season of Jersey Shore: Family Vacation premiered just hours ago and it seems that fans are set for a wild ride. We’re set to see Mike’s release from prison, Angelina’s wedding, and more.

In the first episode, we saw the crew hang out at Jenni’s house, go bowling, and then end the afternoon(!) at a strip club. It was all fun and friendly, with the exception of a skirmish with the neighborhood ice cream man, but the season’s drama is set to heat up in future episodes.

Viewers caught a preview of Angelina Pivarnick’s November 20th wedding to Chris Larangeira. The event was rife with drama and the show teased that a speech by bridesmaids Deena, Jenni (Jwoww), and Nicole (Snooki) caused Angelina to fly off the handle.

The content of the speech wasn’t revealed, but Angelina seemed to have straight-up kicked out her bridesmaids she was so upset. Rumors of the infamous speech have been swirling since it happened in November, so fans knew to expect the drama. Nicole was even caught on camera saying she never wants to film with Angelina again.

All four female cast members publicly discussed the speech on Instagram shortly after the wedding, so fans have known for quite some time that it didn’t go over well.

Nicole, Deena, and Jenni defended their actions, saying that it was all in jest, while Angelina asserted that their speech crossed the line. Angelina posted that she wanted “a total redo of this day for many reasons”  and was reportedly brought to tears by the speech.

MTV didn’t air any of the speech, but luckily for superfans, the audio from the wedding has been leaked on Reddit, so we know exactly how the trio roasted Angelina.

What on earth did they say?

While the preview didn’t reveal enough about the speech for viewers to take sides, the audio, which started midway through the speech, is a different story.

Nicole starts by calling Angelina “the fly to our s–t, the trash to our bags.” It continues from there, with Deena and Jenni chiming in. The crowd at the wedding doesn’t take it well and started booing the bridesmaids, who then asked co-stars Pauly and Vinny to protect them.

Overall, it’s pretty harsh, and not as much in jest as the girls originally claimed. Angelina’s rage may have been justified after all. However, the audio is only a minute long and we don’t have the full speech, so there may be more to the story.

Fans will certainly get a chance to hear the whole thing- and all the drama surrounding it- later in the season. 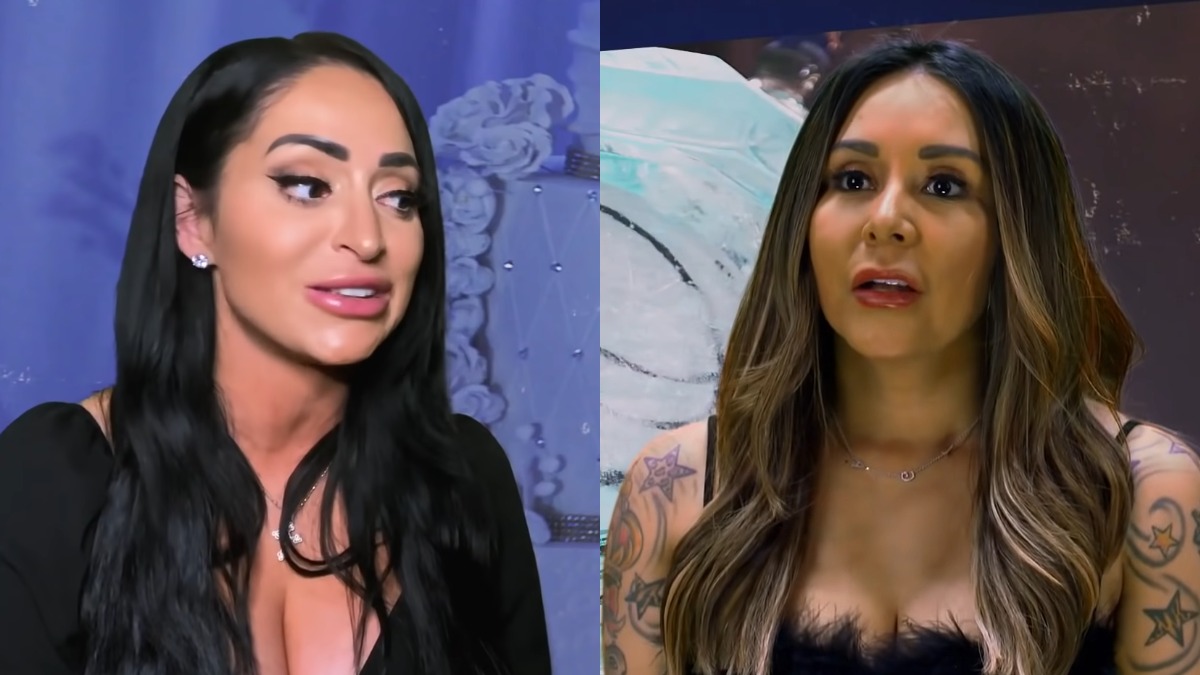