Sonny Quinn (AJ Buckley) got news that rocked him to the core of his being on last week’s SEAL Team when Hannah (Rachel Boston), the woman he had a fling with when he was in Texas, shares the shocking information that he is about to become a father.

“You could tell by his reaction that he doesn’t know how to deal with it,” Buckley tells Monsters & Critics in this exclusive interview. “And when it comes to anything emotional like that, he tries to ignore it, hide it under the carpet, and focus on what’s at hand. But, obviously, when he’s deployed and he sees Davis, he realizes that he’s finally found someone that he loves and he has to deal with it.”

In fact, Hannah had to drive all the way from Texas to Virginia Beach, where Sonny is stationed, because he wasn’t returning her calls, and the reason for that is he had finally convinced the woman that he loves, Lisa Davis (Toni Trucks) that they should be together.

Sonny is also terrified that he doesn’t know how to be a father. He comes from a broken family, meaning his father wasn’t a positive example, so doubt creeps in, making him act out of character.

“Some people would think he’s coming off as a dick or as not understanding, but it takes a couple of things to happen over the next couple of episodes, where he realizes what he has to do and, then, how he has to handle it,” Buckley says.

For more on Sonny’s explosive storyline and life on the SEAL Team set, read the rest of our conversation with A.J. Buckley:

Monsters & Critics: How were things left with Hannah when Sonny left Texas? Did they have some kind of understanding?

A.J. Buckley: When he left Texas, it was like, “This is fine. I’m going to be there and we’ll figure this out.” There was never like, “Let’s continue this.” It was just fun while it lasted and see what the future holds. He didn’t know that he was going to get back with Davis. I think if it hadn’t gotten so intense with Davis, he probably would’ve picked up the phone and spoken to Hannah, but he was in the midst of it. And I don’t think Sonny’s very good at being able to multitask with the relationship stuff.

M&C: As much as Sonny loves Davis, he’s willing to let her sacrifice for him. She’s decided she’s going to transfer to Echo Team, when if she hung around Bravo a little longer, she could probably get a better promotion. Why was he so accepting of that?

A.J. Buckley: She knows the teams and, as couples, you can’t be on the same team and have a relationship. So, I think where you find them in the story as it’s happened between them, the opportunity arises on Echo, and rather than him saying, “I’m leaving Bravo,” it is an opportunity that presents itself.

She knows, too, that Sonny leaving Bravo, he wouldn’t be able to exist without Jason (David Boreanaz), Clay (Max Thieriot) and Ray (Neil Brown Jr.). That’s his family; that’s his brotherhood there. Davis is coming to terms with, “Look, this is in front of us right now. It’s the best thing that we can do at this point, so that we don’t both lose our jobs.” It is a sacrifice that she makes for him. I think it’s the best scenario in front of them without going down a road of getting them in a lot of trouble.

M&C: You mentioned having the team – Jason, Ray, and Clay — back together. Shouldn’t that have made a difference when they were on their last mission? So, what happened with the explosives? Sonny seemed like he was a little bit unfocused.

A.J. Buckley: Yeah. I think, for the first time, his mind is somewhere else thinking about having a kid. Part of the reason why he’s never [gotten serious] in relationships or been vulnerable is because when he’s out on the battlefield, he needs to be able to have a clear mind, and he’s just not good at being able to shift focus.

I think Sonny’s evolving and learning how to do these things. Something traumatic happens over the next two episodes where it wakes him up that he has to grow up and deal with it the proper way.

M&C: The missions are fascinating because they are based on actual operations, but what keeps me coming back to the show is their personal lives. Why do you think viewers like that so much?

It’s not as if these guys go overseas and come back with a lot of money. They come back and they’re still struggling, you know? I think that is very interesting. It’s a workplace drama. Yes, there’s the mission and that, but the biggest mission and the biggest battle they have is these invisible wounds of war, how it affects the family, how it affects them mentally, the PTSD, the CTE, and all these things that these guys have to deal with on top of being 100 percent and showing up for their country when needed, and then coming home and having to be able to check that traumatic experience that they’ve been through and be there for their daughter, be there for their wife, and control what’s going on in their head.

So, for me, I love that we have a platform that we can talk about this and bring to light what the men and women in our armed forces have to go through daily and the lack of help that’s there. Because we have so many veterans that work on the show, we hold ourselves accountable for telling it as truthful as possible.

M&C: It was interesting to me that Dita needed to be retired because her trainer said that she didn’t understand that the action wasn’t real, that it was acting, and it was taking its toll on her. And I was talking to an actress on another show, who goes to dark places, and she said that she has to get plenty of rest because of that. Do any of the actors on your show also need to put some separation between filming and real life because it does feel so real to them when you’re filming it?

A.J. Buckley:  Some actors, that’s your process and that’s how they get there. Everybody has a different road, how they get home, so to speak. For me, I’m able to turn it off and turn it on. There are some heavy scenes that you know the morning of going in and knowing you’ve got to get, but I love it. It’s the greatest job in the world. I feel so lucky to be a storyteller and tell these things.

My process is going there, enjoying it, and being truthful to the words. If you’re truthful to your words, the emotion always comes. Other actors, I’ve seen their process and it’s super intense. And then I’ve seen other actors be super intense and they’ve just gotten in their own way. They are not present because they’re worried about all this other stuff.

It’s whatever gets you there, whatever your approach is as an artist. I respect each and every one. I’m having the time of my life every time I get in front of a camera. When they say action, it’s my happy place.

M&C: The missions are carried off with such precision. Do they make you run through this stuff ahead of time?

A.J. Buckley: There’s a lot of training and the gear that we wear, it’s all field stuff, so we’ve got probably between 60 to 100 pounds of gear that we’re carrying, especially my character has all the big guns, the 2.9 and the Mark 48, which are like 40, 50-pound weapons. And then you’re running with the helmets, which are like 7-1/2 pounds with the night vision.

So, it’s wear and tear, but just watching the real guys do it when they show us how, it’s just so smooth and efficient. This is a little boy’s dream to be on a show like this and fly around in Black Hawk helicopters. It’s like, I got to go to the helicopter and fly around, and then go jump off of a boat, and repel down the side of a building. I could not ask for a better job.

M&C: You have to be in tip-top shape for this. Do they have a gym on the set for you? Do you work out together?

A.J. Buckley: We did last year, but COVID, we don’t have a gym this year, which really sucks because all the gyms are closed. So, it’s just all these at-home workout things. So, I’m excited for this year to be over and the gyms to be back open, and then, hopefully, in season five, we can have our workout trailer back again.

Paulette Cohn watches way too much TV, but it's turned out to be a...read more

The Bachelorette: The mystery woman Connor B kissed revealed as singer Tara Kelly 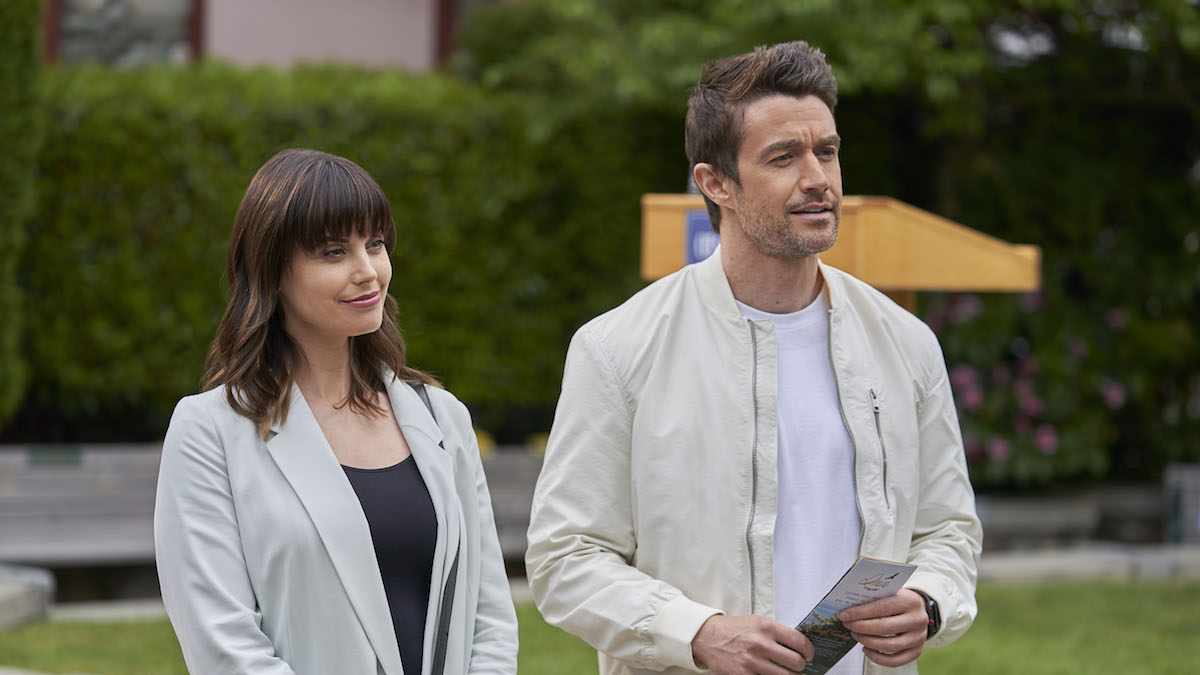 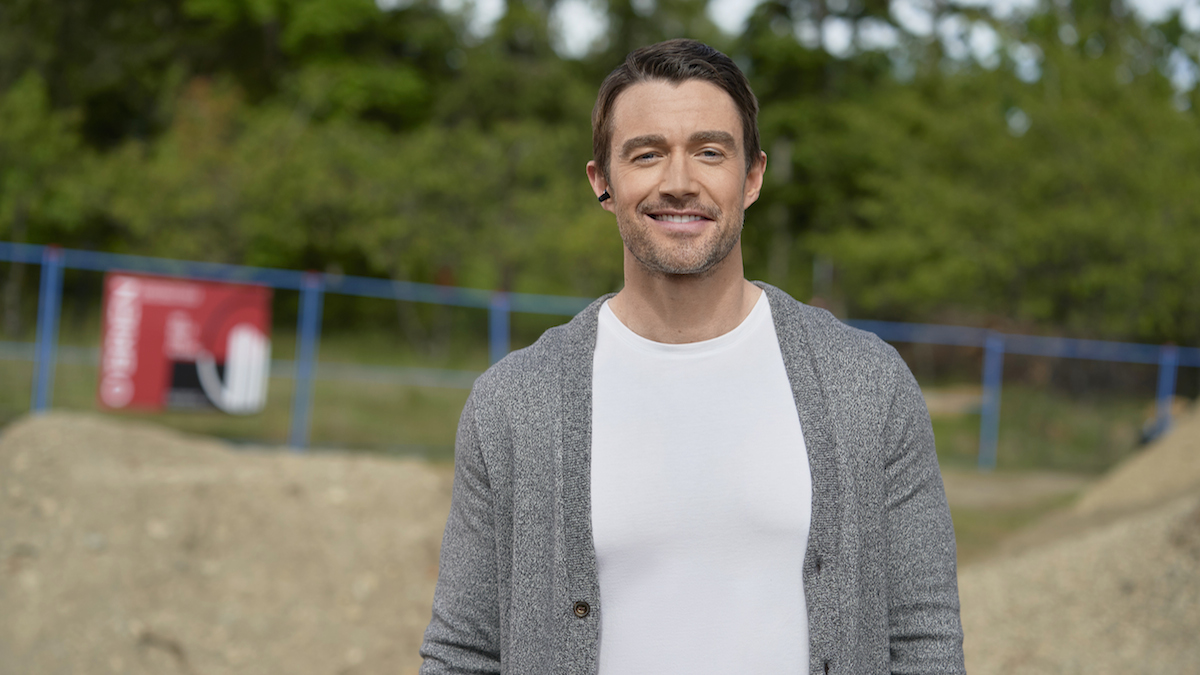