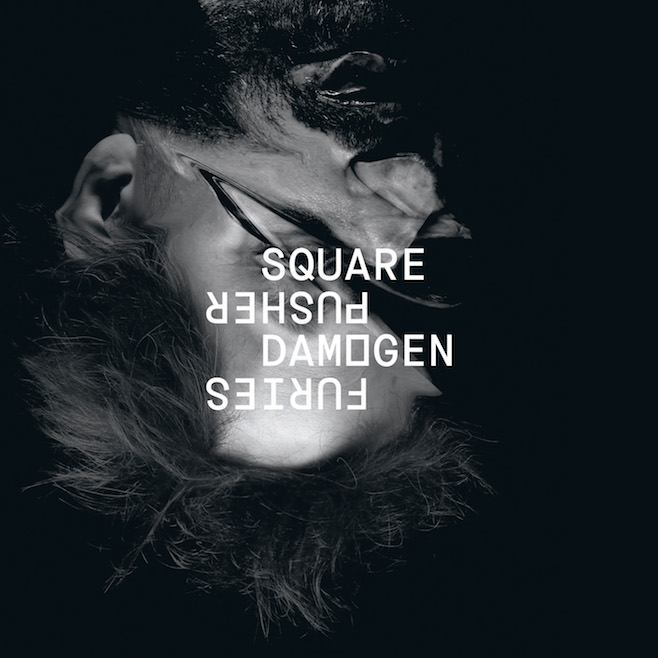 Tom Jenkinson, better known as Squarepusher, is constantly blowing our minds, and consequently probably blowing our ear drums out as well. With each new release, he tweaks his sound, and like any good musician, he tries to push himself forward and does something new each time. “Damogen Furies” is his first solo LP in three years. It’s abrasive and in your face, but it’s done with class.

If we go back and look at the album he had done previously to this, “Ufabulum” which was released on May 18, 2012, he is preluding to the style that he approaches on “Damogen Furies.”  Squarepusher is more than just a guy who presses a couple buttons on his synthesizer. He is kind of an electronic genius. Squarepusher created his own damn program and used it for this entire album. He sees it as freedom from being constricted to the confines of what the engineers are making and sometimes limiting what the musicians can do. He will be able to now fully delve into his creativity.

“Baltang Ort” is very heavy and bass-y song that hits your ears pretty hard. On first listen it’s hard to dissect all the different aspects of it. He has various noises and sounds layered on top of each other, that you have a bit of a sensory overload. What I found interesting listening to this song is no matter how bass heavy it got, there was still always an undertone of light synth melodies throughout. Although this song definitely has many drum and bass aspects, it’s still something that you might not here at a drum and bass show. It’s eclectic and a piece of art, and one of the handful of electronic songs that you can sit, listen to, and analyze.

“Stor Eiglass” is the opener to the album, and the greatest way to get you excited for the entire album. It’s upbeat, happy, and extremely danceable. It sets the tone for the whole album, and makes you feel like you’re going in these crazy trance-like hypnotic circles. “Kontenjaz” was a hard listen for me at first, but breaking it down little by little helped me quite a bit. It starts off with drum patterns so fast, no normal human being could keep up. Quickly is takes a sharp turn into keeping up that pace, but being on the less heavy side and more euphoric. Of course, Squarepusher does not keep us there for very long, and almost instantly draws up back into the almost sci-fi movie like sounds.

“Kwang Bass” starts out with some creepy piano sounds that are layered underneath some anxious laser-like noises. While the those laser noises stay consistent through pretty much the whole song, everything else around it seems to be changing. It climaxes in the middle with machine-esque type of noises and rapidly stops to go back to something a little less crazy, with the very quiet somber piano sounds making their appearance here and there.

Squarepusher has pushed the limits again, and has come out with something completely beyond what I think a human being is even capable of doing. He did not rely on any conventional instruments for this album, and only used the software that he made. He is beginning to go into a bit of a different direction with his music, while still keeping some of his drum and bass, and jazz sounds that he is known for. This album warped my brain, and I hope it does the same for you. – Bella Elbaum