Megan Thee Stallion said she is “grateful to be alive” after being shot multiple times during an incident in the Hollywood Hills. Prior to the shooting, Megan was partying with Kylie Jenner and Canadian rapper Tory Lanez, who was arrested on felony gun charges.

While it is unclear who shot Megan Thee Stallion, her producer Lil Ju threatened Tory Lanez in a since-deleted tweet and responded to a Twitter user who claimed Lanez was defending the “Savage” rapper.

“I hope y’all don’t believe he was defending her! This a bullsh*t story,” Lil Ju wrote on Twitter. This followed several cryptic tweets from Lil Ju about the shooting after the producer directly threatening Lanez stating “Count your f*cking days,” which was later deleted without an explanation.

Early Sunday morning, Los Angeles police officers responded to a call about a shooting outside of a Hollywood Hills residence. Witnesses told responding officers at the scene that they overheard people arguing in an SUV before shots were fired. The police officers tracked down the SUV and found Tory Lanez, Megan Thee Stallion, and another woman in the vehicle.

When police searched the SUV, they discovered a gun. Tory Lanez was arrested and charged with carrying a concealed weapon in a vehicle.

Megan Thee Stallion, whose real name is Megan Pete, took to social media to reveal that she was shot multiple times and was targeted.

“The narrative that is being reported about Sunday’s morning events are inaccurate and I’d like to set the record straight. On Sunday morning, I suffered gunshot wounds, as a result of a crime that was committed against me and done with the intention to physically harm me.” 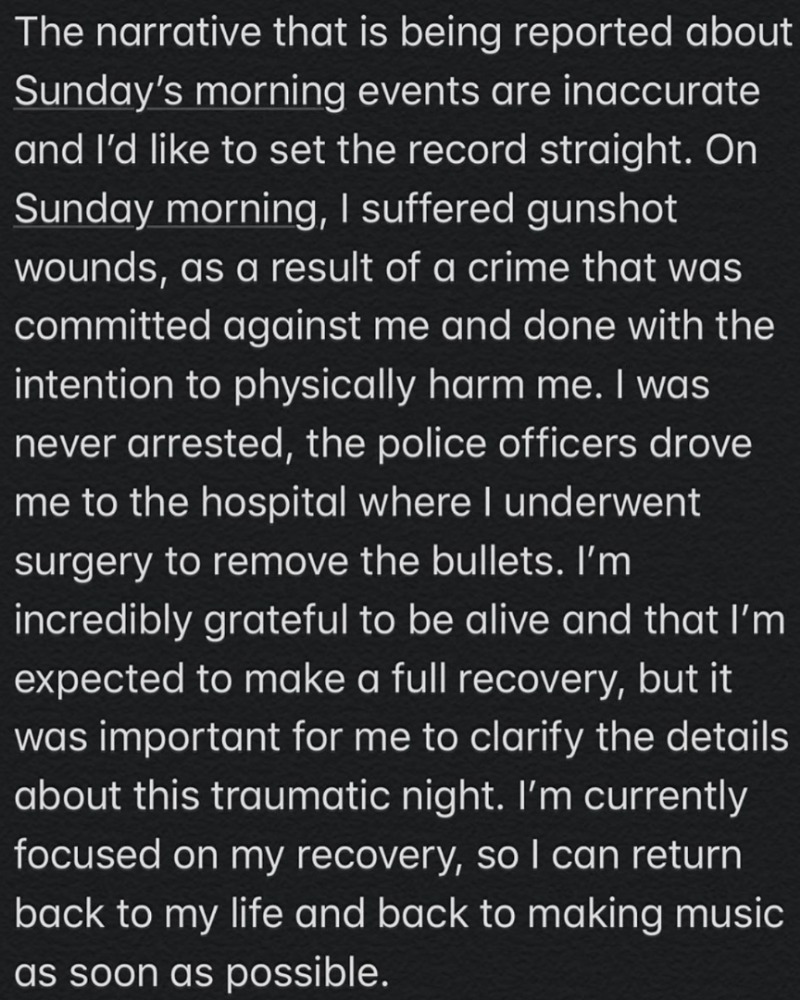 Megan Pete did not reveal who shot her and clarified that she was not arrested but was driven to the hospital for surgery to remove the bullets. TMZ claims that the 25-year-old rapper told police that she was cut in the foot rather than shot.

Megan also tells her fans in an Instagram statement that she expects to make a full recovery, calling the incident a “blessing in disguise.”

At the time of writing this report, LA police department has not named any suspects in the shooting, and Tory Lanez’s gun not been connected to the shooting.

Tory Lanez responds to charges from the Megan Thee Stallion shooting as...

Why were Asian Doll, City Girls’ JT and Yung Miami beefing on...