The former U.S. First Lady Michelle Obama has said that she prays “for forgiveness and healing” for the Royal Family amid tensions following the bombshell claims made by Prince Harry and Meghan Markle during their recent interview with Oprah Winfrey.

Obama shared her thoughts about Markle and Harry’s interview with Oprah during an appearance on the Today show with Jenna Bush Hager on Tuesday (see video below).

“This first and foremost is a family, and I pray for forgiveness and healing for them so that they can use this for a teachable moment for us all,” she said.

She made similar comments during a previous interview with Access Hollywood.

She told Access Hollywood that she wished the Royal Family well and that she prays that “there is forgiveness and there is clarity and love and resolve at some point in time.”

When asked on the Today show what she thought about Markle’s racism allegations against the Royal Family, Obama said that Markle’s feelings, experience, and perspective were shared by other people of color and thus the allegations weren’t entirely surprising.

“Race isn’t a new construct in this world for people of color,” she said. “So it wasn’t a complete surprise to hear her feelings and to have them articulated.”

When asked whether she could relate with Markle’s experience as a former First Lady, Obama said public service brings people into a “bright, sharp, hot spotlight” that they struggle to adjust to.

“The thing that I always keep in mind is that: None of this is about us, in public service. It’s about the people that we serve,” she said. “I always try to push the light back out and focus it on the folks that we’re actually here to serve.”

Monsters and Critics reported that during her interview with Oprah on CBS, Markle accused the Royal Family and the British media of racism.

She also suggested that Archie was being denied the title of prince and security protection because of his race.

Back in May 2018, Obama shared a throwback photo of herself as a student at the Princeton University campus in New Jersey. She said that her experience as a minority student at Princeton was “scary.”

“I know that being a first-generation college student can be scary, because it was scary for me,” she wrote on Instagram. “I was black and from a working-class neighborhood in Chicago, while Princeton’s student body was generally white and well-to-do.”

In her memoir, Becoming, released in 2018, Obama talked about experiencing social isolation as a racial minority during her years at Princeton University in New Jersey.

She revealed that a roommate at Princeton, Catherine Donnelly, moved to another room half-way through the semester. She would learn in 2008 that Donelly’s mother demanded that her daughter be moved from the room.

“I said I need to get my daughter’s room changed right away,” Donelly’s mom, Alice Brown, said. “I called my own mother and she said, ‘Take Catherine out of school immediately. Bring her home.'”

Meghan and Harry ‘haven’t got over’ Obama birthday ‘snub’ and ‘won’t for many years,’ royal expert claims 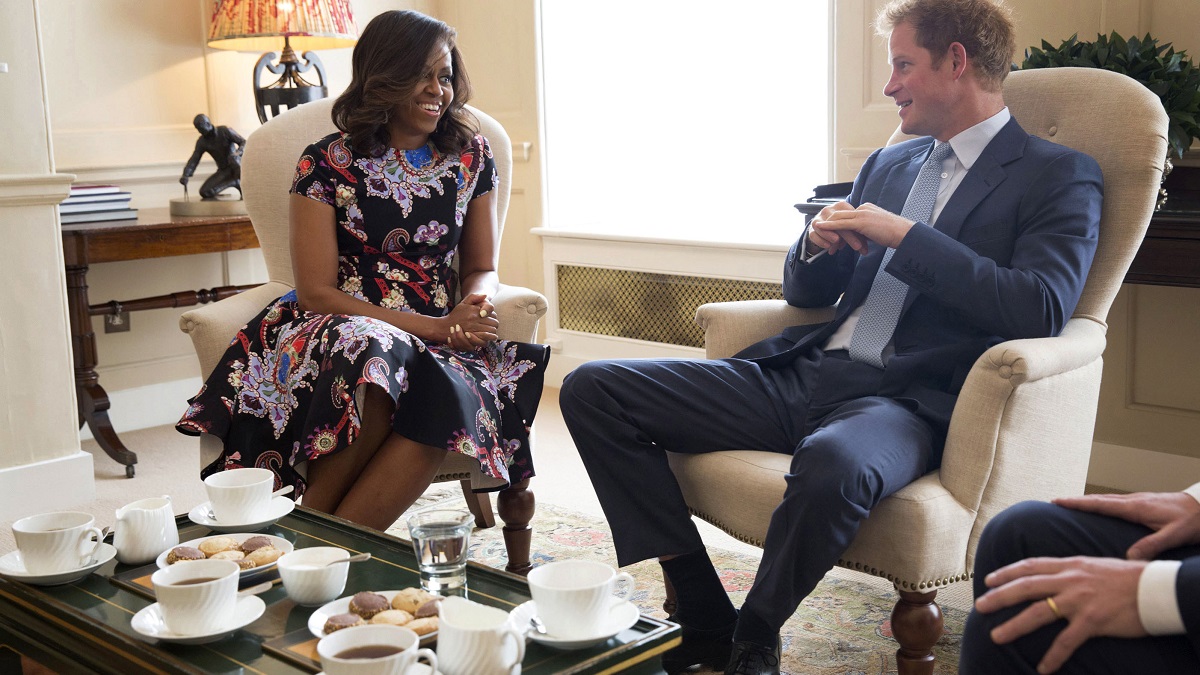