We now know who won the Head of Household Competition on Big Brother 21 this evening. The Endurance Challenge has come to an end, though it wasn’t quite as exciting as some fans may have hoped.

When the Thursday night episode came to a close, six houseguests were seen taking part in a wall challenge in the backyard. The goal was as simple as being the last person to be left perching on the wall.

Prior to the competition getting started, it was time for another eviction vote. By a 5-0 count, Nick Maccarone was evicted from the Big Brother house. Nick went to join Analyse Talavera, Kathryn Dunn, and Jack Matthews in the BB21 jury house.

Who won the Head of Household Competition on Big Brother 21?

Jessica Milagros was the first one to fall. A little while later, Cliff Hogg dropped out of the challenge. Then, less than a minute after Cliff dropped out, Christie Murphy fell to the mat.

Tommy Bracco, Nicole Anthony, and Jackson Michie were the last three houseguests standing. When Nicole fell off, that left just Jackson and Tommy to battle it out.

In the end, Jackson won the Endurance Challenge on Thursday night. He becomes the HOH for a second time this summer and also the second time in three weeks.

The only repeat HOHs during Big Brother 21 have been Holly Allen and Jackson, which has really helped this showmance make it deep into the summer 2019 season.

Jackson- We have a Final 4. I was not about to let y'all go on the block #BB21 pic.twitter.com/RfGlK0TodJ

Jackson will now have to nominate two people for eviction. Holly is assumed to be safe. That leaves just five houseguests who don’t want to be on the block in a really important week.

Is this where Jackson really gets Christie out of the house for good? We will all have to tune in during the next week to find out if the next round of Big Brother 21 spoilers include Christie heading to the BB21 jury. 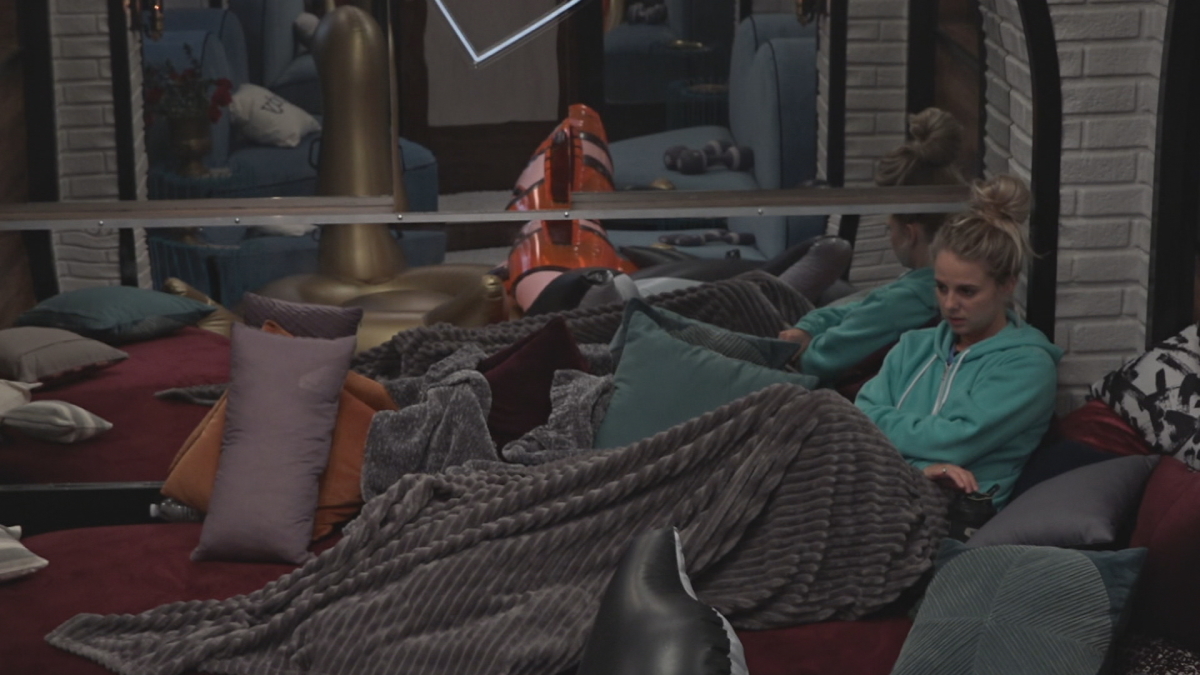