Episode 19 of The Walking Dead Season 10C gives viewers a look inside the heads of Father Gabriel (Seth Gilliam) and Aaron (Ross Marquand). As to whether that is figuratively or literally, well, you’ll just have to read on…

The episode opens promisingly with Gabriel and Aaron being encircled by the undead. Considering the episode was filmed during COVID-19 restrictions, they obviously had to get creative when it came to walkers closing in.

This led to a lot of blood splatters on grass and crickets and little else. It pretty much sums up this episode, to be honest.

The crappiest road trip ever

Given a map of an area with sites that Maggie Rhee (Lauren Cohan) thinks might still contain supplies, the pair have been on the road a couple of weeks by the time this episode opens. Both are despondent about not being able to find anything worth taking home.

Gabriel insists on continuing. They have two more places to search after all.

However, for most of this episode, things are going wrong. The map is destroyed, the pair seem jaded by all that they have seen and done, and Maggie’s map is probably five years out of date, judging by everything they haven’t found.

The second-last stop is empty

Finding the second to last spot on the map, the pair can see that there are walkers inside. However, a glance upward indicates they can enter from the roof.

Gabriel does just that and finds a sad scene involving a couple curled up on a double mattress and the words “Save Us” painted in white paint on the ground.

Inside, there is little more than the undead.

This leads to a bit of a disagreement as to what they will do. Aaron wants to go home. Gabriel, though, insists that they search just “one more” before giving up.

Aaron and Gabriel find a shed, a boar, and a bottle of booze

On their way to the last stop on the map, they come across a shiny big storage shed. It looks promising and, once inside, it’s even better than they expected.

Except for that weird noise coming from behind that closed door…

Aaron goes to investigate, and then Gabriel comes running after when he hears him scream. Luckily, though, it is a boar and not the undead that has attacked.

This means that they have a pretty decent meal planned for themselves. Gabriel has also found a very expensive bottle of whisky to go with it and their night seems set. So long as they ignore the fact that someone has piled up a stockpile of bibles in the corner of a room.

Along with the drunken shenanigans, the pair have a heart-to-heart.

Gabriel talks of how he wishes he was a better preacher. Aaron reveals he wishes they were still looking for people to recruit rather than always being the ones killing.

The next day, Gabriel awakes to Aaron missing and, when he goes to look for him, finds a creepy guy with a gun instead.

This creepy dude is none other than Terminator 2’s Robert Patrick. So you know things are about to get rough.

If viewers thought Aaron and Gabriel were jaded up until this point, they have nothing on this guy. Right off the bat, the man (who is called Mays, but this isn’t revealed until later in the episode) has tied up Aaron when he went out to take a leak.

Once Gabriel is awake, it’s time to play a little game called Russian Roulette. There are only two rules: either you shoot yourself or your friend. If you don’t, you both die.

Gabriel goes first and shoots himself. Luckily for him, he doesn’t die.

Aaron has to go next, and the look on his face is devastating. Not only does he not want to die, but he just wants to go home and be with his daughter, Gracie.

Thankfully, it was an empty chamber for Aaron as well.

It is also empty once Gabriel has a second shot.

The next time, though, the weapon makes a slightly different noise, and the real game is on now that they all know there is a bullet in the chamber.

Aaron pleads for his life, and Gabriel does his very best at preaching when Mays starts monologuing about his brother and how he had to kill his brother’s family.

This is not very fruitful, though, and Aaron points the gun at his head. Just as he is about to pull the trigger, the man tells him to stop, and Gabriel does his absolute best to talk Mays down this time.

It works the second time in, and Aaron thinks they have just resorted to his old job of finding and recruiting people. However, Gabriel bashes Mays’ head in before Aaron can fully realize that dream.

They decide to find out where Mays was holed up while they were dining on boar the previous night, and that’s when they find Mays’ brother — alive and chained up.

It looks like Mays holds the world’s biggest grudge and has been dragging around his brother and his dead family just for sh*ts and giggles for himself and torture for his brother.

Once again, it looks like a recruitment opportunity for Aaron, but it all goes south when the man pulls the gun off Gabriel and shoots himself.

I guess they have supplies, at least.

And, at the end of the day, they decide that they really will explore the last place on Maggie’s map because, somehow, all of this has made them a little more optimistic.

Overall, the critics seem torn over this episode. Forbes believes it to be the best episode to appear on The Walking Dead in years while TV Line was “boar’d to tears.” Me, I fall somewhere in the middle. Yes, Episode 19 is somewhat slow, but it was also interesting to see the bleak side of Gabriel and Aaron. 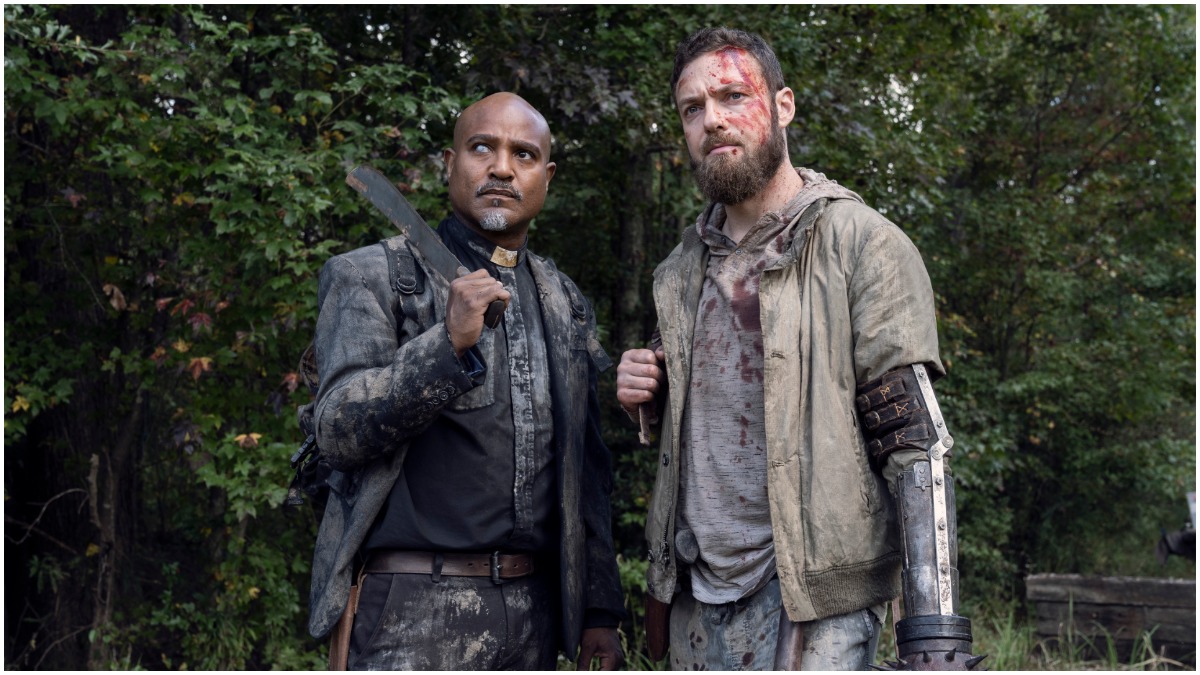 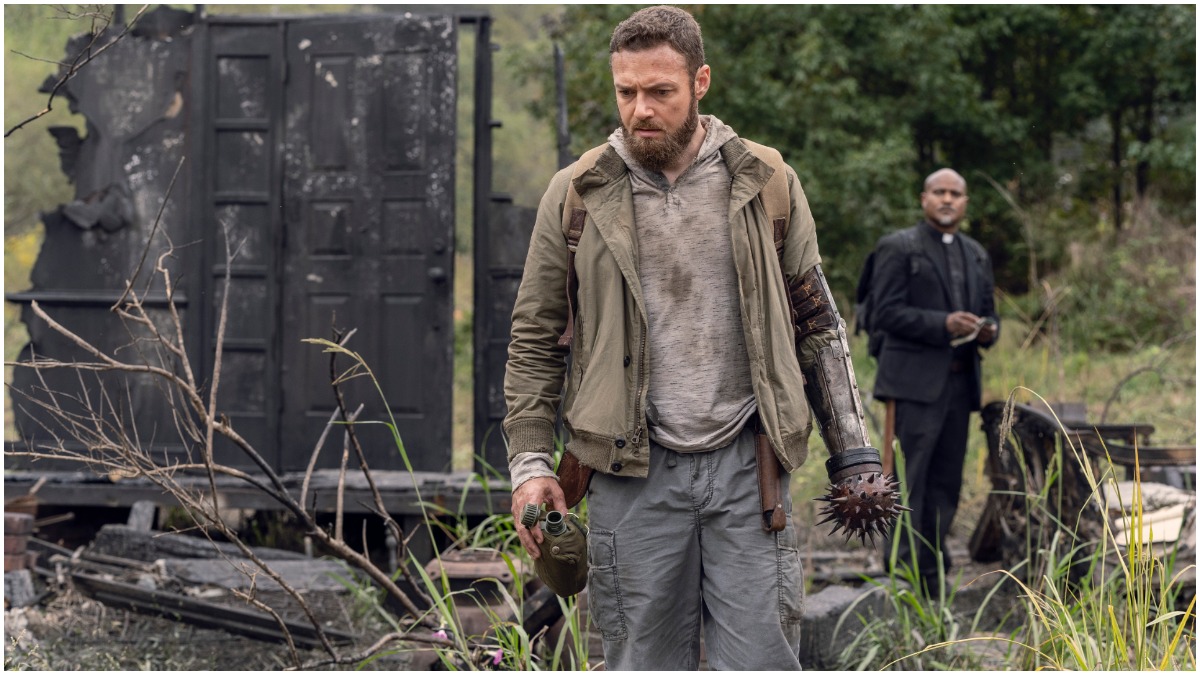 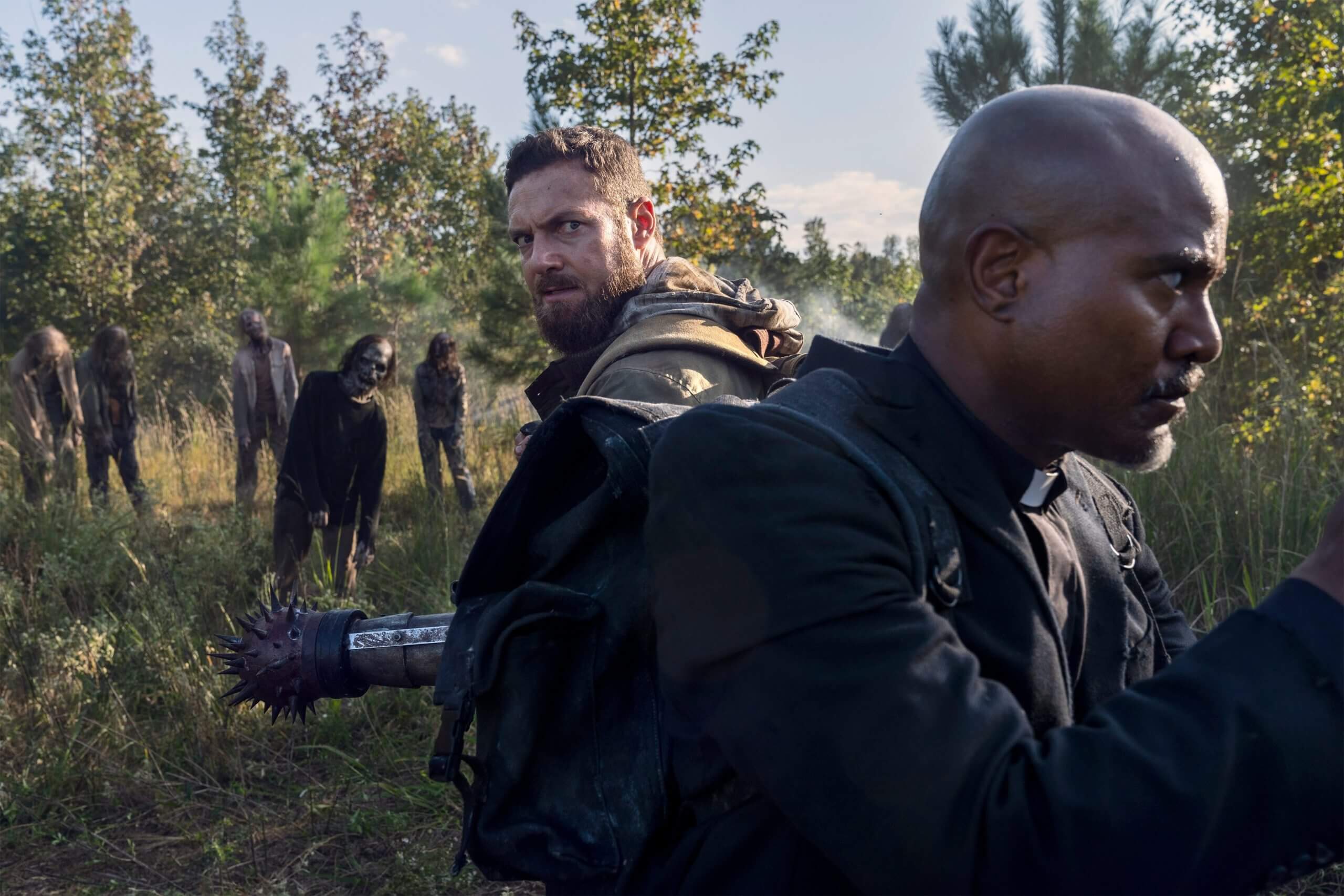 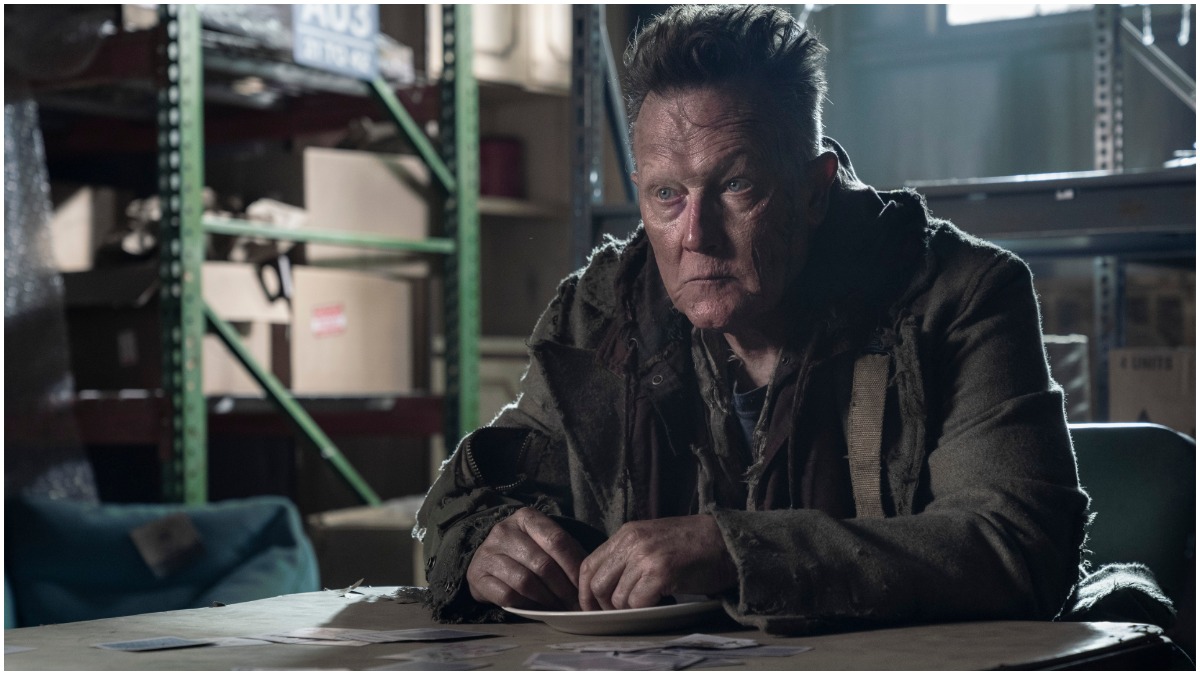