The Voice is returning for season 15 in a few weeks, after season 14 wrapped up in May and 15-year-old Brynn Cartelli emerged as the winner. With Carson Daly having confirmed that he’ll be back as host, fans of the NBC hit show are revving for yet another season of exciting vocals and rivalry between the pair of Blake Shelton and Adam Levine.

The Voice fans can expect to see changes in the lineup of coaches in the new season of the reality singing competition, although the overall format of the show will remain the same.

Ahead of the air date for The Voice season 15, check out everything we know so far.

The Voice season 15 premieres on NBC on Monday, September 24, at 8 p.m. ET. The TV schedule for Monday looks packed, with several other major shows starting on that date. Big Bang Theory, its spinoff Young Sheldon on CBS, and Dancing With the Stars on ABC, all return on September 24.

The premiere date for season 15 of The Voice did not come entirely as a surprise to fans. Many had expected it would fall on either September 17 or 24, based on the premier dates for the past seven fall seasons of The Voice. The fact that the last six fall seasons of the show premiered on the third or fourth Monday of September and that The Voice season 2 (2012) was the last that started before September 19 led some fans to correctly predict that the release date for season 15 would be September 24.

Following its premiere on September 24, The Voice season 15 will air on Monday and Tuesday nights as with previous seasons.

The coaches select their teams in the first round of the competition, the Blind Audition. The audition process is described as “blind” because the judges don’t get to see what the contestants look like until after singing. This is to ensure that the judges’ decisions are based entirely on the contestants’ talents and not their looks.

NBC announced soon after season 14 ended that the judges would commence Blind Auditions for new talents for season 15. The auditions took place in the L.A. area from June 24 to June 28.

In the second round of the show, an elimination round called Battle Rounds, contestants from the same team duke it out and the coaches select the ones to go to the next round. During The Knockouts, first introduced in season 3 of the show, artists from the same team go head-to-head, and for the first time have a chance to choose their own songs. At the end of the succession of performances, the coaches select the contestants who progress to the next round.

In The Playoffs, the contestants compete for a spot on the live shows.

Finally, the top contestants compete live each week until the audience chooses one winner through live voting.

Last June, The Voice’s Carson Daly revealed on Twitter and Instagram that he was returning as The Voice lead host for season 15. Carson has been host on The Voice since the show debuted back in 2011. He hosted the show in Season 1 with Alison Haislip as Social Media Correspondent. Christina Milan replaced Haislip in season 2.

Fans will no doubt be pleased to learn that show regulars Adam Levine and Blake Shelton will be returning for their 15th consecutive season on the show to continue their rivalry. Adam and Blake have been part of the show since it first aired in 2011.

But there will be changes in the line-up of coaches. American Idol alumni Jennifer Hudson is joining the panel again for season 15. The Voice fans will recall that Hudson, who joined the show as a coach in season 13 and also appeared on The Voice UK last season, left for a season when Alicia Keys joined.

But now, Alicia, who was the winning coach for season 12, is stepping side as Jennifer returns. Keys and Hudson switching on the panel is probably only a temporary pattern and the two may yet appear together in the same season.

Jennifer Hudson appeared in a video posted to longtime pal Kelly Clarkson’s Twitter account back in May and revealed she was coming back to The Voice. Jennifer will be joining Clarkson, Blake Shelton and Adam Levine on the coaching panel for her second appearance on the show after making her debut as a full-time coach in season 14.

She hinted that she would give Blake and Adam tougher competition this time around by teaming up with Clarkson.

Clarkson, who was the last season’s winning coach after leading Brynn Cartelli to victory, also appeared in a video posted to The Voice’s Twitter account and confirmed Hudson’s return to the series. She also teased that she and Hudson would be teaming up against Blake and Adam.

“Girls against the boys! Team JHud [and] Team KC. We’re coming after you, Adam and Blake,” she said. “We’re friends, but we’re future frenemies.”

Clarkson admitted that during season 14, she had trouble competing against the more experienced coaches, including Keys.

“I’m going to be real with you, Alicia’s probably the hardest one to beat as far as getting people on your team,” she said in an interview with Parade. “She’s (Keys) a really credible artist, not only as a singer but as a musician and producer. I can see why a lot of people pick her.”

Clarkson joined Levin and Shelton as coach for the first time in season 14.

The judges for season 15 were first announced on May 10, about two weeks before season 14 ended. According to the statement by NBC spokesperson Paul Telegdy, the producers were excited that Kelly and Jennifer were bringing back their “soul, passion and inspiration as coaches” to the show.

“They each have a unique understanding of what it’s like to be in the artists’ shoes,” the statement continued. “Bringing these two voices together with Blake and Adam for season 15 is sure to make this one of our best seasons yet!”

The new season of The Voice will feature several new advisors for the Battle Rounds, such as country singers Thomas Rhett and Keith Urban, and former coach CeeLo Green. Keith Urban will bring his extensive experience in singing competition when he serves as advisor to Shelton’s team. Urban was a judge on FOX’s American Idol for four seasons.

Kelly Clarkson is also reportedly bringing Thomas Rett to The Voice for the first time, to help her team of artists. However, unlike Urban, Rhett is appearing on a major TV reality competition for the first time. However, he is a talented songwriter and performer who would likely prove a great asset to Team Clarkson.

CeeLo Green and Halsey will also serve as advisors. CeeLo will assist Team Adam as advisor. He was one of the first of the coaches on the show. He served as coach  in the first four seasons, but announced in February 2014 that he would not be returning.

TODAY WE ANNOUNCE THE BELOVED AND SORELY MISSED CEELO GREEN WILL BE FEATURED ON THIS SEASON OF @NBCTHEVOICE AS MENTOR TO #TEAMADAM AS ONLY HE CAN! I THINK NBC SHOULD NOW STAND FOR WE “N eed B ack C eelo” #TeamCeeLo #BringTheGreen #CeeLoGreenMachine #Season15 #NeedBackCeeLo pic.twitter.com/gFzDSe3bwX

Singer, songwriter and popstar Hasley, will also return as advisor to Team Jennifer. Hasley previously appeared in the season 14 finale of the show and performed alongside others such as Big Sean, Dua Lipa, Florence and the Machine, and Jason Aldean.

Will The Voice be cancelled after season 15?

Rumors that the show was being cancelled were sparked after the ratings took a tumble during season 14. The future of the show now hangs on the ability of the producers to reverse the threatening trend.

There was a 15% slip in ratings in the 18-49 demographic during season 14, and about 6.5% drop in total views. Ratings indicate the likelihood that a show will be cancelled. The Voice could be facing threat of cancellation if the ratings fail to rebound this season. 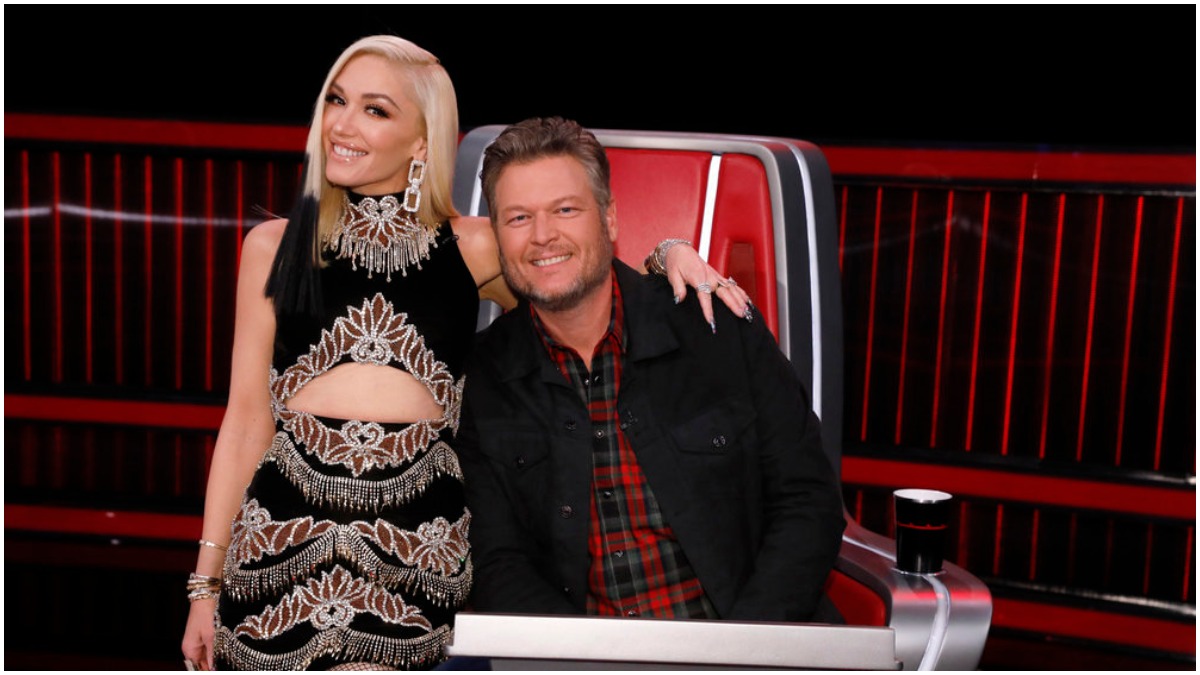 The Voice: Blake Shelton says meeting Gwen Stefani is the greatest thing that’s happened to him on the show

The Voice: Kelly Clarkson updates fans on when she’ll return to the show
RELATED POSTS