The first season of fantasy comic book series The Umbrella Academy on Netflix introduced the world to the dysfunctional family of super-powered individuals raised from birth to be weapons who were now living life as very messed up adults.

While that first season was extremely entertaining, Season 2 upped the ante and ended up as one of the best shows of 2020 so far on Netflix.

Here is a look at The Umbrella Academy Season 2.

Spoilers follow for the first season of The Umbrella Academy.

The first season of The Umbrella Academy ended with a significant cliffhanger. The world ended.

The entire plot of the first season was that something was going to cause the apocalypse, and it was up to the six surviving members of the disbanded Umbrella Academy to figure out what it was and stop it.

Turns out that Vanya, the only member that no one (including herself) knew had powers, ended up being the most powerful member of them all.

She pulled the moon down and smashed it into Earth, killing billions of people.

However, the good news is that Number Five was able to pull everyone out of the apocalypse through his superpower of time travel and send them back in time to figure out a way to stop this.

There were two problems.

First, they were all sent back at different points in time, anywhere between 1960 and 1963. Second, the apocalypse followed them back.

This time, Number Five saw his brothers and sisters in action but failing to stop a nuclear war that destroyed the planet.

The question now is — what did they do to cause the time change and the nuclear war, and how can they stop it?

Yes, it is the same plot as the first season, but this time it is better in almost every way.

The biggest improvement is the fact that Season 2 treats the characters better this time around.

In Season 1, only a couple of the characters really got a chance to shine, with Robert Sheehan’s Klaus and Aidan Gallagher as Number Five.

In Season 2, almost everyone got their moments.

Ellen Page’s Vanya was the most significant improvement. In the first season, all she got to do was mope and act depressed until the mind-blowing finale. However, this season she was a clean slate — literally.

Vanya showed up with amnesia and was taken in by a kind family — a housewife, a salesman father, and a son on the spectrum. It was a loving family she never had before.

Her story was also great throughout the season. It was her side plot that showed the family dynamic of the ’60s, where the fathers ruled the roost, and the mothers remained mostly subservient. It also showed how treatment for children on the spectrum was nonexistent at the time.

Vanya also had another romantic relationship — this one much more positive, but still tragic in the end.

The second biggest improvement was for David Castaneda’s Diego.

As Number Five mentioned in the second season, he is like Batman, but much lower. However, he also gets a new love interest this season: a girl he meets in a mental asylum.

See, he realized where he popped up and decided he needed to kill Lee Harvey Oswald to prevent the Kennedy assassination and was institutionalized as a result.

Emmy Raver-Lampman’s Allison was a little hit and miss this season. She arrived unable to speak due to the injury she suffered at the hands of Vanya last season.

Her story, similar to Vanya’s, shows how life in the ’60s was. However, hers takes place in the Civil Rights Movement. The treatment of minorities is pretty heavy-handed here, and it is nowhere near as clever nor does it feel as important as Watchmen last year, but it gives Allison some meat to chew on this season.

Klaus and Number Five were as great as ever.

The only one that still feels wooden is Tom Hopper’s Luther, who gets some funny moments this season but is mostly the straight man to everyone else’s lunatics.

There is also a larger emphasis on the Commission, and we get to see deeper inside the actual establishment, how it works, and the people in charge of sending out the agents.

With that said, Mary J. Blige and Cameron Britton are missed as Cha-Cha and Hazel, the two agents in season one who had some of the best banter of the series.

However, with that said, the new three-brother Swiss team sent out this season to kill the Umbrella Academy are hilarious in the most awkward way possible — without ever saying a word.

I also want to mention the music soundtrack. Just like the first season, the songs chosen here are fantastic, and whoever puts the music together for this series had to worship at the altar of James Gunn when it comes to their musical taste.

A lot is going on in Season 2 of Umbrella Academy.

The team is trying to stop another apocalypse, once they can find each other. The Commission is still trying to kill them. There is also a great secondary villain, but I won’t mention any more about that here to save spoilers. Additionally, there’s a secondary mission that is almost as fun as trying to stop the apocalypse.

Add in the social issues plaguing the United States in the ’60s, and there is a lot under the hood of these 10 episodes.

Don’t worry, though. This season flies by.

There is more action in Season 2, Episode 1 than the entire first season, and the finale has more explosive action than the climax of a superhero movie, but it all flies by and is hugely entertaining.

The Umbrella Academy upped the action and made the stakes more realistic this season. In the end, this is still one of the most exciting and fun shows to watch on Netflix and is just getting better.

Also, there are two huge twists in the Season 2 finale that should set up a very exciting Season 3, if Netflix brings it back for more. The good news is that the second season has a more fitting “conclusion” and doesn’t leave fans hanging as the first season did.

Even if there is never a Season 3, The Umbrella Academy’s first two seasons are more than worth the watch for as close to a self-contained story as you can get on Netflix.

The Umbrella Academy Season 2 is now streaming on Netflix.

Lucifer Season 6 release date and cast latest: When is it coming out?
Related Stories 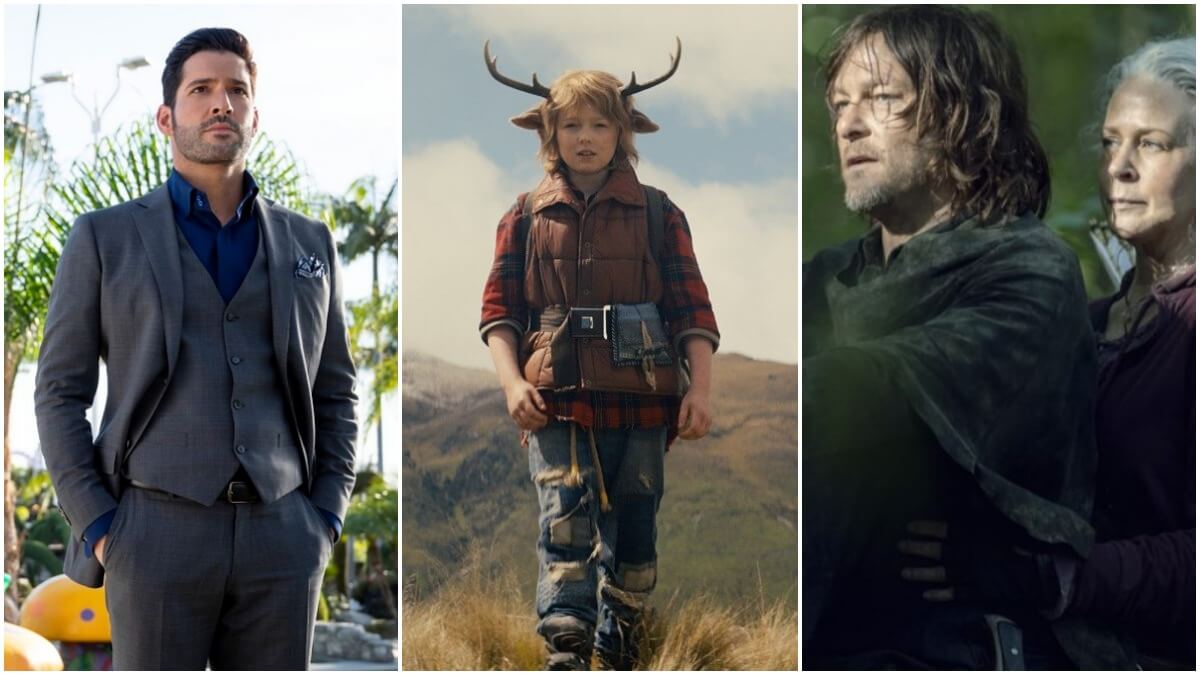