ABC confirmed renewing the hit medical drama The Good Doctor for season 3, ahead of the show’s season 2 finale in March.

The renewal of the series for yet another season did not come as a surprise. The Good Doctor was an instant hit with fans after it premiered on ABC in September 2017, and it continues to pull in big ratings despite the mixed reviews.

The series follows Dr. Shaun Murphy (Freddie Highmore), a young surgical resident at San Jose St. Bonaventure Hospital who has autism spectrum disorder and savant syndrome. He faces challenges in his personal and professional life but acquits himself well.

The early renewal of The Good Doctor for season 3 reassured fans that they would be seeing more of Dr. Shaun Murphy after the conclusion of season 2. Fans want to know what is next for the gifted autistic surgeon in season 3.

Ahead of the announcement of the release date for The Good Doctor season 3, here is everything we know so far, including the expected release date, the cast and what to expect of the plot of the upcoming season.

This page will also be updated over time with the latest information about The Good Doctor season 3.

Based on the observation that a new season of the series has premiered on the fourth Monday of September every year since the show first launched in September 2017, it is being widely speculated that The Good Doctor season 3 will premiere on Monday, September 23, 2019.

However, ABC has not officially confirmed that date for the premiere of The Good Doctor season 3. We don’t know yet when the new season will premiere, but we will update this page when ABC officially announces the release date for the upcoming season.

The Good Doctor is the U.S. adaptation of an award-winning South Korean TV series of the same name. The Korean American actor Daniel Dae Kim’s (Lost, Hawaii Five-0) production company bought the rights to the series from the South Korean creators and began shopping the proposed American adaptation of the series to U.S. networks.

CBS acquired the rights in 2015 but later gave it up. Kim and Sony Pictures Television signed a deal soon after and hired House (TV series 2004-2012) creator David Shore to develop the series.

ABC green-lighted a pilot in May 2017, and subsequently picked up the series for an 18-episode first season.

Murphy persisted is pursuing his dream of training and working as a doctor despite suffering disabilities which make it difficult for him to connect with others.

As a surgical resident at San Jose St. Bonaventure Hospital, he confounds colleagues and superiors who doubt his ability by displaying an uncanny ability to solve problems. He uses his extraordinary gifts to save lives at the hospital.

His convincing portrayal can be attributed to his talents as an actor and extensive research and study of the behavioral traits of people with autism and savant syndrome.

The Good Doctor has often been compared with Fox network’s House (2004-12) which features the medical genius Dr. Gregory House (Hugh Laurie). The similarities between the two shows are not incidental since Shore is also the creator of House.

Although Highmore’s performance has been widely praised, the series has received mixed critical reviews so far.

On Rotten Tomatoes, The Good Doctor season 1 scored an approval rating of 60 percent based on 40 reviews. On Metracritic, the show earned a Metascore of 53/100 (indicating mixed or average reviews) based on 15 critical reviews.

Despite the mixed critical reviews, the series was an instant hit with fans, beating NCIS (TV series 2003- ) and This is Us (2016- ) to become the most-watched drama series on network TV after it launched on ABC.

The TV ratings have remained strong despite a significant decline in season 2. The series is currently averaging 6.685 million viewers (Live+SameDay) and a 1.12 rating (15-49 demographic), representing a decline of 30 and 40 percent respectively compared with season 1.

ABC released the official trailer for The Good Doctor season 2 in August 2018, about a month before season 2 premiered (September 24, 2018).

So, if The Good Doctor season 3 premieres in September 2019, there is a good chance that ABC will drop the first official trailer for the season in the summer of 2019.

We will update this page with the official trailer for The Good Doctor season 3 as soon as it becomes available.

Meanwhile, enjoy the trailer for season 2.

ABC has not yet made an official cast announcement for The Good Doctor season 3, but fans can rest assured that Freddie Highmore will return as Dr. Shaun Murphy.

Highmore’s previous credits include Finding Neverland (2004) in which he appeared as a child star, playing Peter Llewelyn Davies. He appeared in Charlie and the Chocolate Factory (2005) as Charlie Bucket, and as Norman Bates in Bates Motel (TV series 2013-17).

Lisa Edelstein, who joined the cast in season 2 as Dr. Blaize, could also return for season 3, depending on the fate of her patient Dr. Glassman.

Fans will recall that Chuku Modu, who played Dr. Jared Kalu, did not return for season 2 after Kalu left to work at a hospital in Colorado.

Beau Garret, who played attorney Jessica Preston, also did not return for season 2.

Fans are wondering who will be the next fan favorite to exit the show.

EP Daniel Dae Kim, who is guest starring in season 2 as the hospital’s new chief of surgery Dr. Jackson Han, could also return for season 3.

There is speculation that Richard Schiff’s character, Dr. Aaron Glassman, will be killed off very soon, but no one is sure when.

The speculation is sparked by the character’s health issues. He was initially diagnosed with inoperable brain cancer that turned out to be a treatable low-grade condition.

But as fans heaved a sigh of relief at the improved prognosis for Glassman’s condition, showrunner Shore warned in an interview with IndieWire that Glassman was not yet out of danger.

Although it seems unlikely that Glassman will be killed off in season 2, we will have to wait until the end of the season finale to confirm whether Glassman will return for season 3.

Richard Schiff, who plays Dr. Aaron Glassman, might have given fans an idea of what to expect when he told Deadline that he inquired whether Glassman was going to die and Shore confirmed that he would die.

If Glassman dies before the end of season 2 or early in season 3, then subsequent episodes will follow Shaun Murphy grieving the loss of his friend and mentor. It will also follow his efforts to adjust.

Glassman was initially diagnosed with deadly, inoperable brain cancer. But his condition was later determined to be a milder form of cancer that could be treated. However, showrunner Shore has warned fans that the downgrading of the threat to Glassman’s life does not mean he is out of danger.

“Glassman’s not out of the woods, and I think it’s much more realistic and much more interesting and a greater storytelling opportunity to explore that journey of being sick,”  Shore told IndieWire. “This is a show about medicine, and we have guest stars come in and get sick and get better and whatever.” 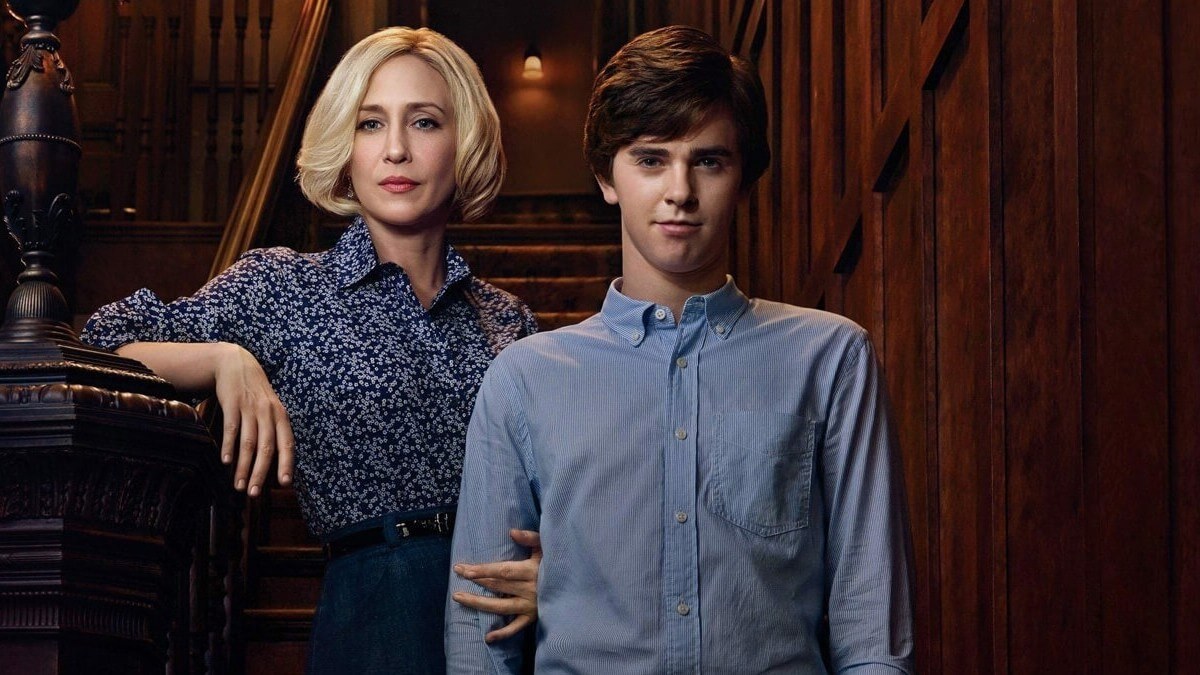 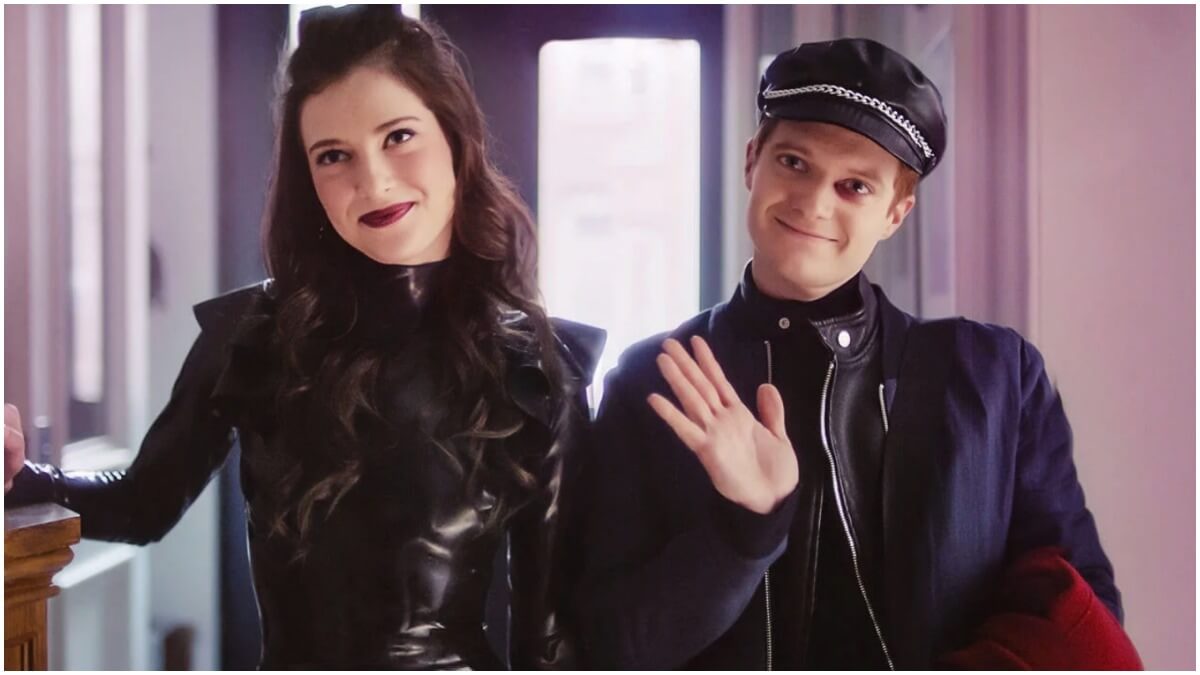