This week on The Curse of Oak Island, the guys start digging at the new location for the Money Pit, and Rick Lagina thinks they may have hit their target.

And elsewhere at the stone roadway, the artifacts are appearing thick and fast. These days on Oak Island, there are two major projects happening, and everything else is taking a back seat.

Firstly, there is now a renewed vigor in the digging operation tasked with locating the original Money Pit. Last week, Doug Crowell unearthed some historical documents which suggested a new digging location, and after much agonizing, the guys decided to go with the new info. This week we should see the results of that decision.

And secondly, the other part of the team is looking to uncover the mysterious stone roadway discovered in the swamp. The guys now believe that cargo/treasure was unloaded onto a wooden wharf and then transported along the stone roadway to be buried in the Money Pit.

So, follow the stone road, and the treasure will be revealed. Simple, right? Fingers crossed.

Either way, viewers can expect this episode to be all about digging for that elusive Money Pit and excavating that roadway. And let’s hope they unearth some intriguing items along the way.

Excitement grows when the team discovers evidence of wooden casks on the mysterious stone roadway, while new research may have them closer than ever to locating the original Money Pit.

Oak Island team are just 10 feet away from Money Pit

Last week, the team confirmed they had found the Tupper Shaft, which means the Money Pit is just ten feet away. They’re just not sure in which direction to look.

However, according to the preview, this episode sees the guys hit a massive amount of wood in the Money Pit area, which is exactly what they’re looking for. We hear Rick Lagina say, “This might be the Money Pit!”

From the previews, we also know that the guys find the top of an old wooden keg or cask, most likely found in the swamp/stone roadway area. We also know they take the find to blacksmith expert Carmen Legge who tells them it’s super old and comes from as far back as the 1400s.

Another interesting find comes in the form of a small piece of coal. This piece is also presumably found on or near the roadway and perhaps can be connected to the old tar pine kiln found at Lot 15.

Is a piece of coal the key to understanding the stone roadway?

A couple of months ago, archaeologists David McGinnis and Aaron Taylor unearthed this makeshift kiln in an area where they suspect a tunnel entrance was buried. The guys have theorized that the kiln could have been used to seal underground tunnels and maybe even the Money Pit itself.

A piece of coal connecting the stone roadway to that kiln at Lot 15 could be instrumental in solving the mystery of the island.

In the preview, Geologist Dr. Spooner said this might be the “most significant artifact that we have” and that it might tell us “who built the road.” Is he talking about the coal or the cask or something else?

After a somewhat slow start, this series is really heating up, and last week was a fascinating episode. Expect more of the same this week. 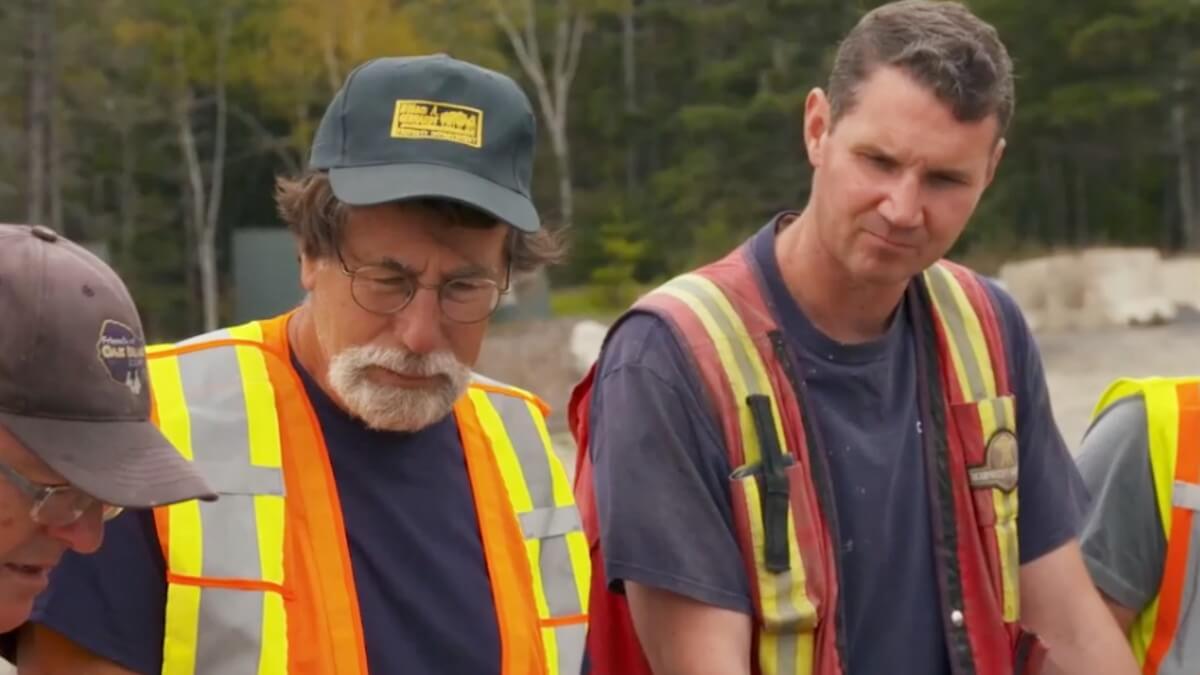