But no one missed Mike more than his wife, Lauren. She made the 200-mile drive from her house to Otisville Correctional Facility every week that Mike was in jail. It was a trying time for the couple, and the episode was filled with tears.

Mike, ever-fashionable, dressed his best for his reunion with Lauren — he wore a shirt with his motto, “The comeback is always greater than the setback,” as he left prison and returned home.

Now, the reality star is cashing in on his inspirational message.

The Situation Store is open for business

Fans of the Sorrentinos can dress like them by shopping at the online store that the couple runs. The prison release shirt is available for men and women, but there are plenty of other Sitch-isms that the Sorrentinos have made wearable.

Mike has been adamant that he will live his “best life,” and “best life” shirts are available for fans. Mike even makes fun of himself with some of his merchandise — he sells a “Free Sitch” shirt complete with a picture of him in a neck brace. Mike infamously injured his neck in a fight with a wall on the original Jersey Shore series, but luckily he seems recovered enough to laugh about it.

Other Jersey Shore cast members aren’t spared from the jokes. Last season, Ronnie claimed that he got mugged in Secaucus when it was obvious to the rest of the cast that his baby mama, Jen Harley, had gotten handsy with him. Mike has turned Ron’s poor excuse into a shirt — the “Greetings from Secaucus” merchandise includes a shirt and sweatshirt.

The Situation Store even carries Sitch-themed holiday shirts with sayings like “treat thy elf” and “Merry Christmas, you dirty little hamster.”

The Situation is turning into the Inspiration

Mike and Lauren are on a bit of a self-improvement kick. They recently released a podcast with a self-help vibe to it and it’s rare for Mike to go an hour without spouting some kind of inspirational advice.

Mike’s desire to help people isn’t just hollow words. After he got sober several years ago, he turned to helping other addicts to do the same. He now gives talks at rehabs and goes to meetings in an effort to help people turn their lives around just as he did.

Lots of the merchandise at the store is motivational, which is super appropriate for this couple. Mike’s reunion with his Jersey Shore co-stars will air tomorrow, so fans will get to see (and maybe even buy) more of his post-prison wardrobe then. 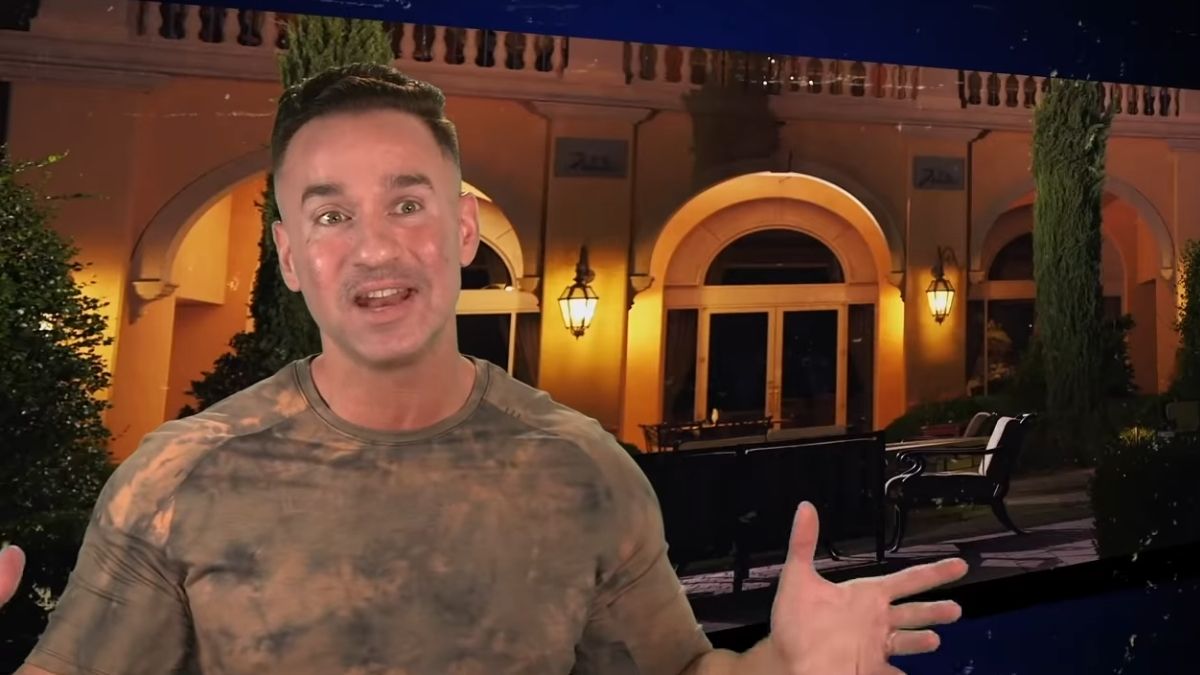