Many fans may be wondering who goes home on The Challenge: Double Agents Episode 6?  The episode featured a few competitors leaving the game, as the number of people competing for the big prize money was whittled down even more.

One competitor made an early exit from the game due to important personal reasons, while the other, a veteran competitor, was sent home via elimination.

Keep in mind this report will contain spoilers for Double Agents up through Episode 6. Here are more details about each of their exits from the latest season of MTV’s competitive reality series.

Another rookie makes an early exit

During Double Agents Episode 6, the early part of the show featured some footage involving rookie Lio Rush, as he spoke with Nany Gonzalez about past trauma from his childhood. Lio revealed that waking up each morning in The Challenge house reminded him of waking in a group home as a teenager. He shared that it was traumatizing and that he also missed home, where his pregnant wife and two kids were.

Due to that, Lio revealed that he had decided to go home because The Challenge was taking a toll on his mental health. He was worried about his family. Host TJ Lavin informed the competitors of the news and said he was 100% behind Lio for making that decision as it was in the interest of his health.

While appearing on The Challenge: Double Agents Aftermath show (below), Lio opened up a bit more about why he decided to exit the show.

“I felt like deep down inside of me, I just didn’t have it in me to continue to screw people over,” he shared, adding, “A lot of these people in this house, I liked a lot.”

Lio said he wanted to continue relationships with people from inside the house outside of the show too. He also said it was scary to be in Iceland while his wife was back home pregnant with two kids during the coronavirus pandemic.

“We just moved to LA. She’s pregnant, with two dogs, two other boys back at home. So I was just thinking about my wife the whole time and wishing that she didn’t get sick,” Lio said.

“I don’t know. I let the game get to me,” Lio added. Aftermath host Devyn Simone applauded him for making that decision to know when he needed to leave the situation.

Lio Rush’s exit from the show made for the fourth competitor to leave without being eliminated. Previously, rookie Liv Jawanda and veteran Nicole Zanatta were injured during a daily mission on top of a speeding semi-truck. Both were medically disqualified due to their injuries and had to leave The Challenge.

In Episode 5 of Double Agents, former Survivor winner Natalie Anderson left Double Agents due to an unexpected pregnancy. She was “deactivated” but replaced by the veteran she originally sent home via elimination, Ashley Mitchell. That gave “Millionaire Mitchell” another chance to win the latest season. She was partnered up with Cory Wharton.

Even though Lio Rush left the game early, they still had an elimination event at the end of Episode 6. A good bit of the episode focused on veteran Theresa Jones as she was trying to play the game her way. Her strategy was to try to stay on friendly terms with her veteran friends and the rookies.

When she and Jay Starrett won the daily mission, it created fear for some female competitors around the house. Theresa and Jay strategized about breaking up a powerful team and decided on Ashley and Cory Wharton, but they chose to convince other competitors to send them in as the house vote.

Meanwhile, Theresa also realized that Nany and Kam Williams are threats to her winning this season. So she told Kam she would put her in to get her Gold Skull if she wanted. Kam wasn’t fully on board since the elimination events aren’t obvious when they get to the site.

The house vote worked out as Ashley and Cory were nominated. Theresa and Jay then sent Kyle Christie and Kam down to create a strong matchup. However, Kam and other competitors weren’t happy with the deceit from Jay and Theresa. It ended up as Ashley vs. Kam, with their teammates watching from the sidelines.

Kam defeated Ashley in a competition involving each player harnessed and standing on a platform surrounded by poles. Each competitor had to jump and swing with their bodyweight to place rings on the poles around them. Kam was the first to get them all and earned her Gold Skull.

To close the episode, Kam chose to stick with her partner Kyle Christie rather than trade him for someone else. Cory was left partnerless once again, becoming a Rogue Agent ahead of Episode 7. 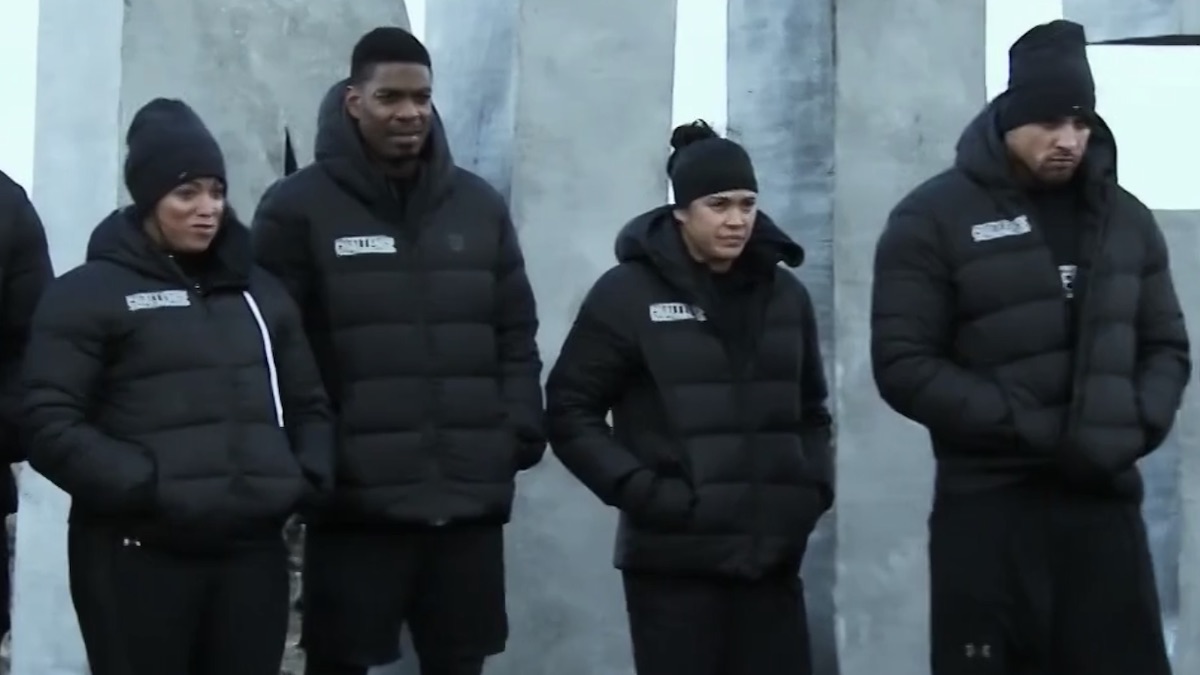