Weather testing a car is great fun if you are on the right side of the glass.

Ask Richard Hammond, a car nut extraordinaire and veteran of the world-famous Top Gear, a BBC series that has crossed continents and oceans with its devotion to all things chassis and under the hood with four wheels.

In our exclusive clip below he weathers it all, extreme heat, cold, wind, rain and manages to have good cheer when it’s all said and done.

What is Richard Hammond’s Big?

This is a deep dive into big factories and big industry as Hammond once again takes viewers all over the globe as he shines a big spotlight on engineering at its finest with the biggest structures in the world.

Think compounds actually… as the premiere opens with Germany’s Volkswagen plant which employs 63,000 people and even has an on-site currywurst factory where they make fresh sausage daily for their workers.

There’s music for them too, as the robots of the assembly line coexist with humans until they figure out how to kill us all, as it was foretold in the latter day book of the holiest of holy biblical yarns: Terminator.  I kid.

Like Sig Hansen of sister network Discovery’s Deadliest Catch, Hammond has decades’ worth of on-air reality TV experience and knowledge in all things motor, science, adrenaline, engineering, and much more plus he actually knows who Top Gear’s The Stig is.

Hammond takes us from the UK to Germany and to the USA and beyond – to explore the planet’s biggest structures and machines and the incredible ways engineers have made big machinery and massive industrial complexes that boggle the mind.

“From Italy to Austria and The Netherlands, Hammond goes behind-the-scenes of these colossal structures and machines to understand the science of ‘big’ and how some of the world’s brightest minds build, drive, fly and use these superstructures every day. Each of the nine episodes follows Hammond to a new location with exclusive access to world-class demos and experiments that spotlight the incredible challenges these architects, engineers and inventors have overcome as they’ve pushed the frontiers of scale in the quest for the next ‘BIG’ thing.

“I love making engineering shows because I’m fascinated by the science and people behind some truly amazing feats. Whether it’s a container ship a quarter of a mile long or the longest rail tunnel in the world 2km under the Alps, or a massive hydroelectric dam, or an oil platform – once you get to a giant scale, how does that change how it works? And what is it like to live and work with?”

We see the aforementioned world’s biggest car factory in Wolfsburg, Germany where the ginormous Volkswagen car plant cranks out a new car every 16 seconds, to the Austrian mega-dam where tunnels and passageways hidden within a dam wall hold up withstanding an incredible 200M tons of water.

Richard Hammond’s Big celebrates the human feats of massive complexes and machinery and places where humans, AI, and industry as a whole all work seamlessly together.

The series will also show us the world’s longest railway connection – the Brenner Base Tunnel – in the heart of the Austrian/Italian alps, the Marie Maersk container ship whose route is Asia to Europe carrying 18,000 containers weighing in at a quarter of a million tons, as well as the US Air Force’s biggest cargo plane which has broken more world records than any other cargo plane, ever.

Who is Richard Hammond?

Hammond previously fronted the long-running BBC series Top Gear with Jeremy Clarkson and James May.  He is a self-described “TV car bloke” who has a really keen sense of humor, some children, and likely a dog… although that bit is not confirmed.

His bio also reveals he has car DNA straight outta Birmingham thanks to his granddad who made cars by hand.

If you live in America and have run out of things to do on Wednesday, February 12, you might consider watching #RichardHammondsBIG at 10 p.m. ET on Science Channel. I mean, I’m biased, but it’s pretty good. Let me know what you think.

‘This is all about putting a car through its paces,” says Hammond. Cars endure wind, heat, cold and extreme driving condition to see if they can handle the road for a future customer. 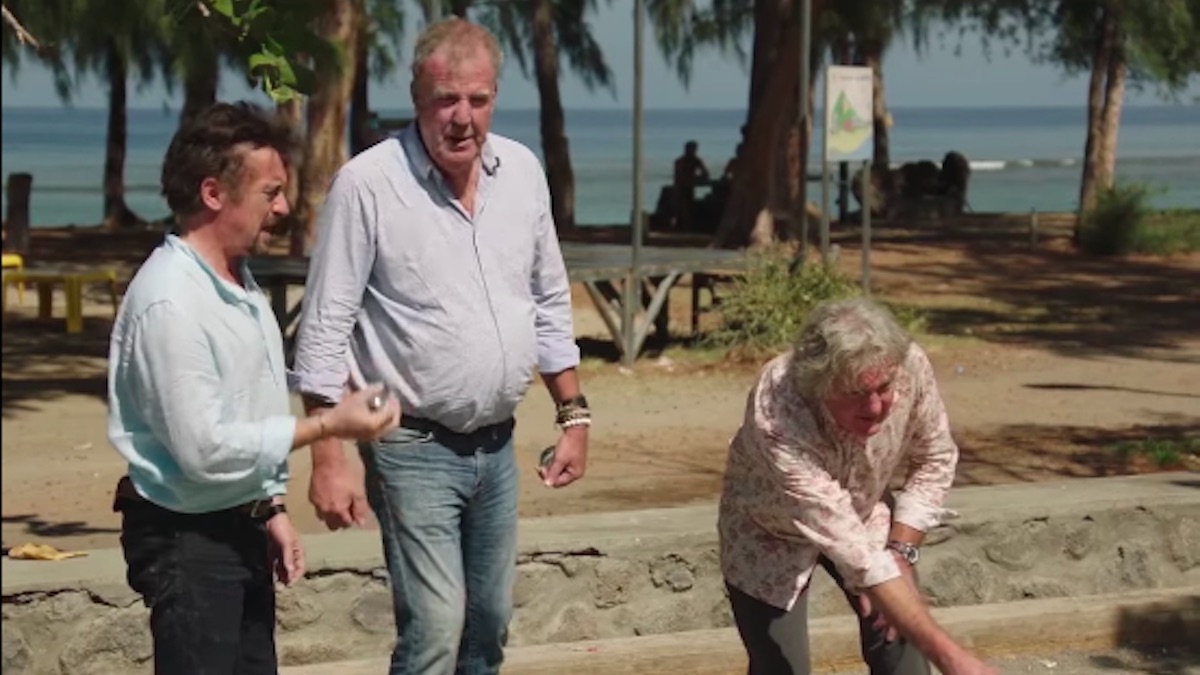 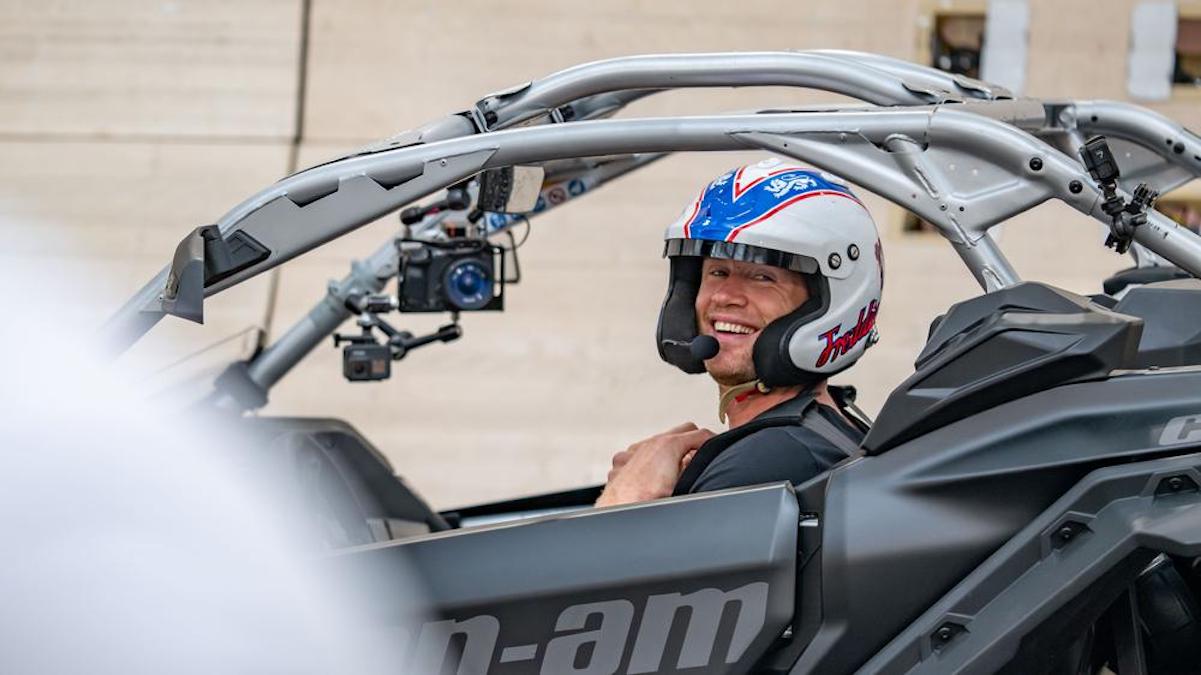