Kim appeared on Monday’s episode of Watch What Happens Live along with Below Deck’s Captain Lee.

WWHL host Andy Cohen handed over the show to virtual guests who asked the stars questions.

“Which Atlanta Housewives have you stayed in touch with and how proud are you of Porsha’s recent activism?” one fan asked.

Kim started off her answer by giving kudos to her former RHOA costar Porsha Williams.

“Porsha is killing it,” Kim enthused. “I live through Porsha vicariously. I love Porsha and I always have and I love that she always stands up for what she believes in. It’s not easy being in the public eye and doing that so props to her.”

Kim revealed that she hasn’t really been in contact with any of the RHOA stars.

“And as far as staying in touch, I text with Porsha. NeNe I’ve texted not in a minute. Shereé [Whitfield] but she’s from way back,” she explained.

A post shared by Watch What Happens Live! (@bravowwhl)

Porsha has been playing a key role in the resurgence of the Black Lives Matter movement.

She has been promoting the movement on her social media and attending protests.

She was even arrested on July 14 while participating in a peaceful protest.

She appeared on Watch What Happens Live earlier to discuss the movement and explained what police reform looks like to her.

“I actually want complete police reform. I want the system to be completely changed,” she said on the show.

“We need to have some type of integrity unit, along with the police system to double check their investigations,” she continued. “We also need to start monitoring, and if possible, we need to create a bill that these police people are not in the good ol’ boy days where they feel so protected and have this immunity. They have a true protective veil around them.”

Her hard work contributed to her People’s Choice Awards nomination.

What Kim Zolciak-Biermann has been up to since RHOA

Since leaving RHOA, Kim got her own reality show called Don’t Be Tardy based on her hit single Tardy for the Party. The show has been running for eight seasons, but this season is more unique than any.

Season 8 featured Kim and her family on a cross-country road trip. Kim and her husband Kroy Biermann have six children named Brielle, 23, Ariana, 19, Kroy Jr, 9, Kash, 8, and twins Kane and Kaia, 6. Her large family spent their summer traveling in one RV for the eight of them.

She touched on the filming process during her WHHL appearance. She explained that even though she was prescribed steroids and “didn’t feel like herself” for most of the trip, she would rather relive her RV days as opposed to re-experiencing the drama from her RHOA days.

The Real Housewives of Atlanta premieres on Sunday, December 6 at 8/7c on Bravo. 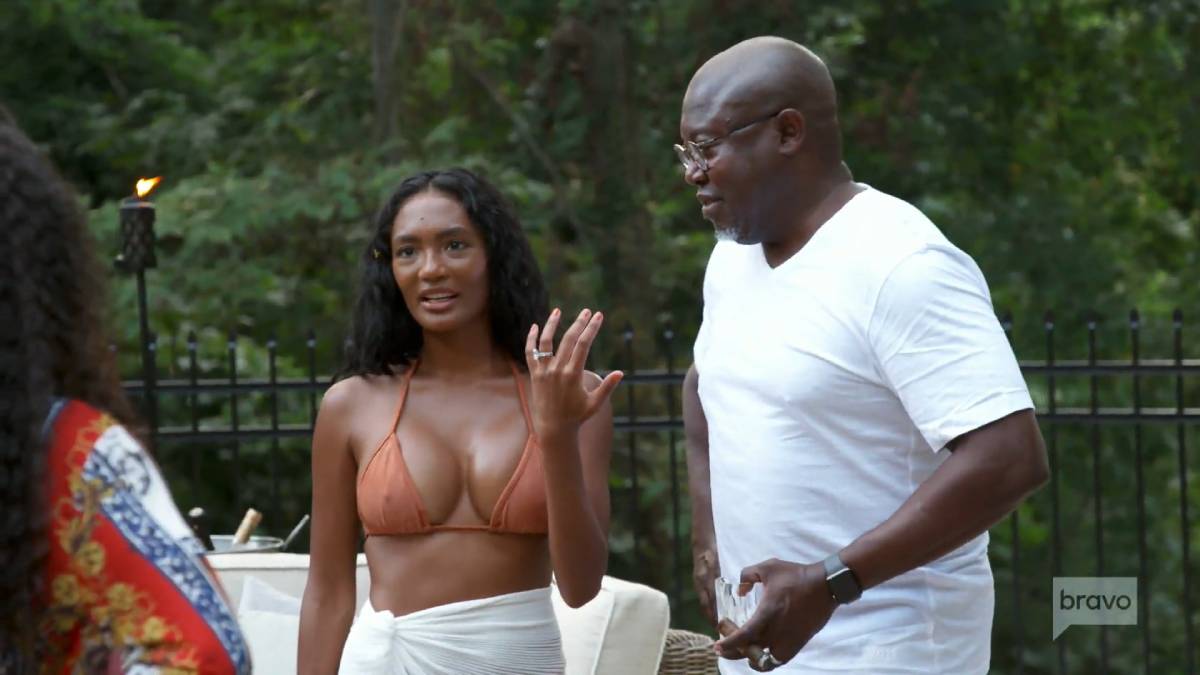 Who is Falynn Guobadia on Real Housewives of Atlanta?