Former Bachelor lead Nick Viall revealed his own “hot take” on the future of The Bachelor and how long the franchise can go on for.

Infamous Bachelor in Paradise contestant Blake Horstmann revealed that he doesn’t believe that the franchise will be able to survive past 2021.

However, Nick expressed an opposing viewpoint and stated that he thinks the franchise is here to stay.

Nick addressed the matter during an episode of his podcast The Viall Files.

“I don’t think it’s going anywhere,” he stated. “Any talk of, ‘Oh, let’s just get rid of the show’ — they answer that by adding another season.”

Blake, however, expressed that he believes Michelle Young’s season of The Bachelorette will be the last season for the franchise during an Instagram Q&A.

One fan asked Blake if he thinks The Bachelor will “last forever.”

“I mean no, because nothing lasts forever,” he began in his video response. “But also, bold statement here, hot take: I think there won’t be another Bachelor season. I think it’s going to end after Michelle [Young].”

Blake believes that the franchise’s ratings will be hit too hard by Chris Harrison’s absence.

“Whether you think it’s right, wrong, whatever your stance on the Chris Harrison thing, I think it drove away a lot of loyal fans and viewers and they’re really not going to watch the show,” he explained. “And I think ratings are gonna plummet, and that’s my prediction.”

Fans worried that there might be some truth to Blake’s statement because he and his co-host Erik Bradley have made some other “predictions” that have come to fruition like how Matt James’s season of The Bachelor would end.

However, Blake’s prediction is exactly just that, and producers have not expressed any intent to pull the plug on the show.

Nick countered that The Bachelor doesn’t have to end with Chris Harrison.

While he commended Chris’s hosting skills, he thinks that fans will come to embrace the show’s new feel.

“There’ll be parts I am sure where you miss Chris’ professionalism and traditional hosting experience where it looks a little sloppy, but maybe people will enjoy that authenticity,” he expressed.

As for this season, Nick thinks that viewers will still tune in to see Tayshia Adams and Kaitlyn Bristowe host the show.

“People will watch it in anticipation and I think people will see Tayshia and Kaitlyn do very well. We just haven’t watched a show without Chris so we don’t know what it’s going to be like,” he said.

“Chris is a rockstar host of so many things…but I think you’re going to see Kaitlyn and Tayshia very much excel where Chris didn’t … you have women supporting women [and] you have two women who have been through that experience,” Nick added.

Despite these talks about the franchise’s future, fans will still be able to enjoy Katie Thurston’s season of The Bachelorette on Monday, June 7 and Bachelor in Paradise on Monday, August 16. 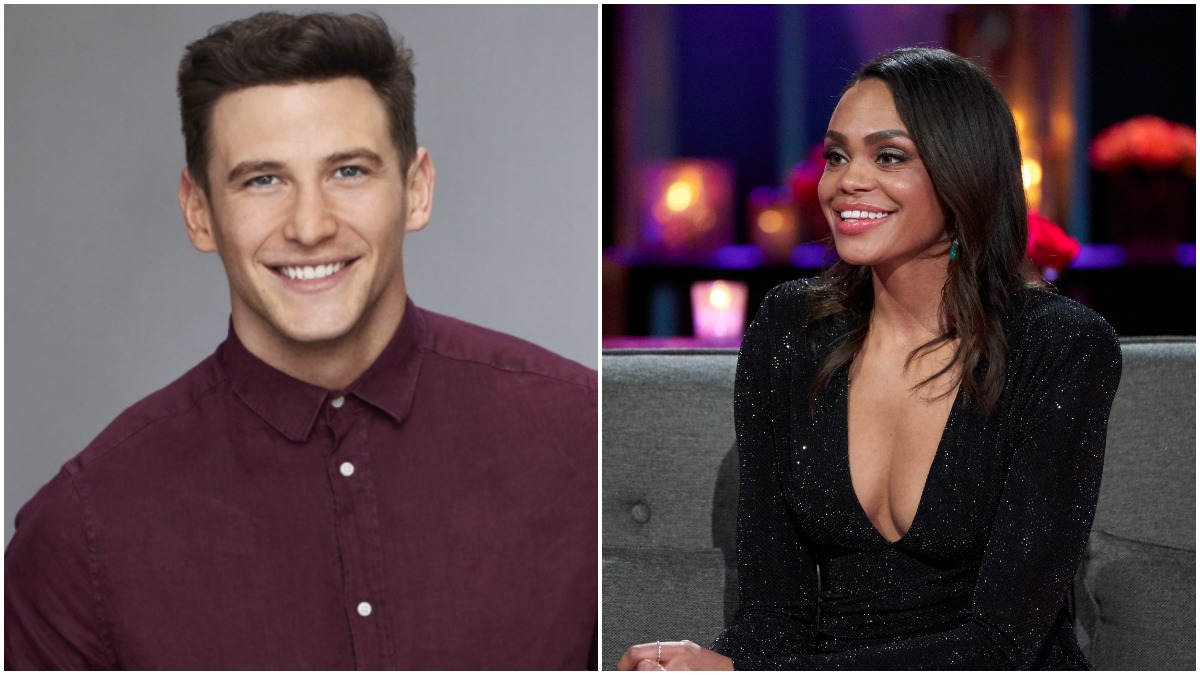 Blake Hortsmann thinks The Bachelorette will end with Michelle Young

Blake Hortsmann thinks The Bachelorette will end with Michelle Young