While newer seasons of The Challenge have started to bring in stars from other shows, the original series didn’t do that and really helped launch the careers of more than a few now-famous competitors.

They include Karamo Brown, Jamie Chung, and WWE superstar Mike “The Miz” Mizanin, all of whom appeared in the same season.

The Miz is now a household name with WWE fans, has his own reality TV show with his wife, and has been in TV and movie roles.

He credits all of it to his time spent on seasons of MTV’s Real World and The Challenge and recently talked to about how it helped.

The Miz on how MTV shows helped him with WWE

Mike Mizanin, better known as WWE’s The Miz, originated on MTV’s The Real World: Back to New York season before transitioning to The Challenge. He started on 2002’s Battle of the Season, where he was a part of the winning team.

He also competed on The Gauntlet and The Inferno, reaching the final, and then returned for Battle of the Sexes 2. Miz picked up his second Challenge win on The Inferno II and didn’t return to compete after that. However, he went on to do other things, including his appearance as a competitor for MTV’s Tough Enough III, where individuals could try to win a contract with WWE.

Miz would finish as the runner-up but still got signed by WWE, and the rest is history. He’s now been with the company since 2004 and racked up numerous accolades, including multiple championships.

During a recent MTV’s Challenge Podcast episode with Aneesa Ferreira and Tori Deal, he spoke about the ways being on Real World, and The Challenge helped him prepare for WWE.

One thing Miz brought up was how they had to record confessional interviews during his season of Real World. He said it was a weekly requirement to do a certain amount of them, but he did a lot of them and used it to practice delivering wrestling promos.

“Literally I would just go in there and cut promos my entire time and it got me comfortable in front of a camera,” he said.

Miz also said it always felt like The Challenge competitors were a family, and “everyone was so supportive” of him in his career aspirations. He even said he handed out hats or other items to cast members to wear representing him as Miz, helping to build up his personal brand.

So competing on the various seasons and the support of his castmates gave him even more confidence when it came to pursuing his dream of being in the WWE.

The Miz gives thoughts on Lio Rush, his Challenge advice

While Miz moved from The Challenge to the WWE, current Double Agents rookie Lio Rush went the opposite direction. After being let go by WWE, Rush decided to try his hand at The Challenge.

While Miz said he doesn’t know Lio that well personally, he has seen him work in the wrestling world and is quite impressed.

“If not the top, [he’s] one of the top athletically-gifted on that Challenge right now,” Miz said of Lio, naming Wes and CT as other strong competitors he’s familiar with.

The Miz said he continues to watch The Challenge to this day, as MTV helped him get to where he is. In terms of his advice to anyone who goes on the show, he had some valuable tidbits.

“Make sure you watch Challenges before. Know who knows the game, and get very close with them. Become friends with them. Do not put a target on your back ever, ever. Do not ever nominate yourself, ever. Learn to play the game,” Miz said for his advice.

Miz also joked that his number one lesson for competitors is to “learn to swim” since every Challenge season involves swimming.

“The best advice I can give anyone, have fun,” Miz said, referencing how they get to go to such cool places and experience new things. He said sometimes players get so wrapped up in playing the game that they forget where they’re at.

As far as returning to the show that helped him, Mike Mizanin said he’s retired as a competitor. However, The Miz said he’ll always come back to host reunion shows and watch new seasons. 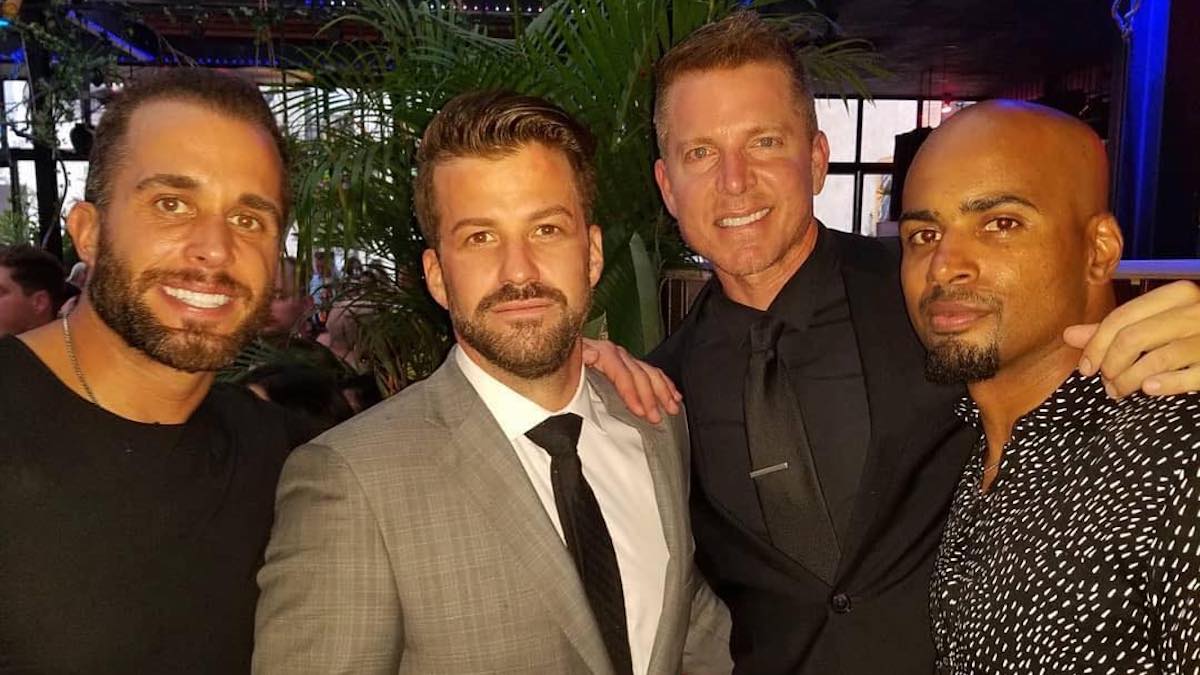