Well, that was a doozy. While a few of the Married at First Sight Season 13 marriage outcomes we saw coming, there were definitely still a few Decision Day surprises that left us speechless.

There were a few lingering doubts for these two around the couple’s one big fight that culminated in Rachel being locked out of their apartment. But many fans still felt confident that the two would end up staying together, and turns out they were right.

Jose and Rachel both said yes. While the two did talk about their little happiness hiccup both agreed they had learned a lot from that experience and were more interested in moving forward and putting it behind them.

Rachel and Jose seemed like a picture-perfect match from the start, which was good because that was exactly what Jose had asked for. Some viewers worried that Jose’s request for a picture-perfect wife was a red flag. And Jose himself even admitted that he now realized that no relationship and no person would ever be perfect, and that was ok. Jose joked he had always thought he was a good listener and a good communicator but that he now saw he had plenty of room to grow in those areas too.

The couple both felt they had learned a lot from the MAFS process and were very grateful to have been matched with each other. The two felt they got exactly what they asked for from the experts with each other and couldn’t be happier with the result of their Married at First Sight experience. We love that for these two!

It takes two to tango, and it’s clear Johnny danced his way out of this marriage a long time ago.

While Bao Huang and Johnny Lam started off the season at the top of our Most Likely to Succeed list, it quickly became apparent these two might not make it to the marriage finish line. But we don’t think anyone could have predicted how this couples Decision Day would actually go.

In a surprise turn of events, Johnny actually said “yes,” that he wanted to stay married to Bao to keep working on the marriage and try a little harder.

But Bao was done. She told Johnny that it was too little, too late.

She said she felt she had lost her voice somewhere along the marriage and that did not feel like who she was. She said that she often held things back to keep things from escalating during fights and that she did not like the person she had become.

She and Johnny both recalled some of the good times they had shared, but Bao felt it was best for them to part ways. Johnny was very surprised.

But while Johnny may have been surprised, many of the viewers were not. Throughout the season, Johnny had been accused of being toxic in his treatment of Bao, and many fans even said that Bao deserved better.

And it seems like Bao agreed. She said that she had signed up for the process to have support and be in a marriage, and she felt she got neither of those things.

It was a sad ending for these two, but it was nice to see Bao find her voice again. And who knows, perhaps they can rekindle their long-lost friendship of 15 years ago, after all.

The decision for these two to split came as no surprise really, and even the way it ended came in true Zack Freeman and Michaela Clark fashion: confusing.

Michaela shocked fans by saying yes. After weeks of blowups, walkouts, and “Hurricane K” style fights with her husband Zack, many felt sure Michaela would not want to continue. But surprisingly, she showed up to Decision Day, ready to say yes.

You Might Also Like:  MAFS: Jamie Otis's baby nephew is in a 'lot of therapy' following horrific ordeal, still no arrest in the case

The two did their usual confusing dance of gushing over their relationship, a marriage that, to the outside eye, looked painful and chaotic. Even the experts asked if they had been watching a different relationship because what these two were describing did not seem to align with what the experts had seen.

But the couple stood firm and unanimously agreed that they had no regrets coming into Decision Day.

Then just as quickly as the lovefest started, it ended, as Zack admitted he did not want to stay married to Michaela. But, he added that he did want to continue to work on their relationship after their divorce. If you are confused, so was everyone else, including Michaela and the experts who tried to find clarification in Zack’s answer.

But throughout the season, Zack has been known to say things he didn’t quite mean, just for the sake of peace. And it seems that might be a habit he has not kicked yet. It looks like, more than anything, Zack just wanted out of the marriage but didn’t want to hurt Michaela’s feelings or start a fight.

So we will just have to see what the future and the Reunion special hold for these two, but from the trailers, it is not looking good.

Brett Lindsay and Ryan Ignasiak both agreed they wanted to call it quits on their marriage.

The news was unsurprising as Ryan admittedly had checked out of the marriage a long time ago. Following the honeymoon, Ryan had revealed he was not attracted to Brett physically or emotionally and just wasn’t feeling the “butterflies.” The only problem was that Brett was not the person he revealed this to. In fact, he told everyone except Brett how he felt. But Brett figured it out anyway, and finally, she gave up trying.

You Might Also Like:  MAFS: Should the experts be doing more to call out Season 13 couples' bad behavior? Fans say yes

Then, one short week before Decision Day, Ryan decided to put himself back on the market and redownloaded a dating app, which he then used to match with one of Brett’s friends.

So again, these two deciding to call it quits is no big surprise. The one plot twist, however, is that the two did express they would like to be friends and harbored no resentment towards each other.

In a true underdog story, Myrla and Gil who came in with the least viewer support won the day. This couple proved slow and steady can win the race as they progressed at their own pace, carefully avoiding the drama and blowups of the other couples of their season.

And their persistence paid off as both said “yes” on Decision Day. Although there was some concern around the pair’s ongoing differences over lifestyle and finances, it seemed the two were willing to put their best feet forward and try to find solutions. It seems the two’s positives far outweighed their negatives and the two expressed their excitement over finding a new place to live and beginning to build their lives together.

These two are proof that opposites can attract and that the MAFS process really can work.

Following the Decision Day verdicts, all the couples met up for one farewell lunch. The spouses went around the table and shared their decisions and also shared what they learned from their experience.

Once again, while all the couples may have not walked away with a partner, they did walk away with valuable experiences and unanimous gratitude for being a part of the Married at First Sight family.

The couples all wished each other luck in their future endeavors and toasted an exciting and unforgettable MAFS Season 13 experience.

MAFS: Fans are split over Rachel and Jose’s decision

MAFS: Should Rachel have taken Jose back? Fans say ‘no’

MAFS: Fans weigh in on Jose and Rachel’s explosive fight

MAFS fans tell Rachel to ‘run’ away from Jose 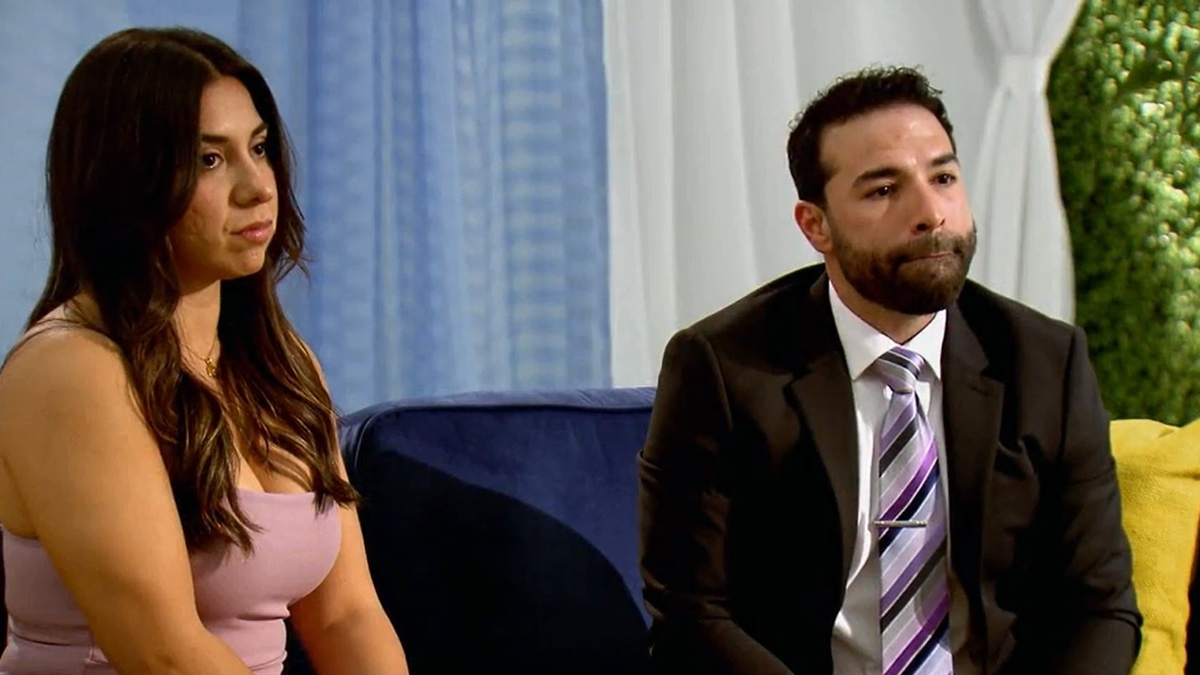 MAFS: Fans are split over Rachel and Jose’s decision 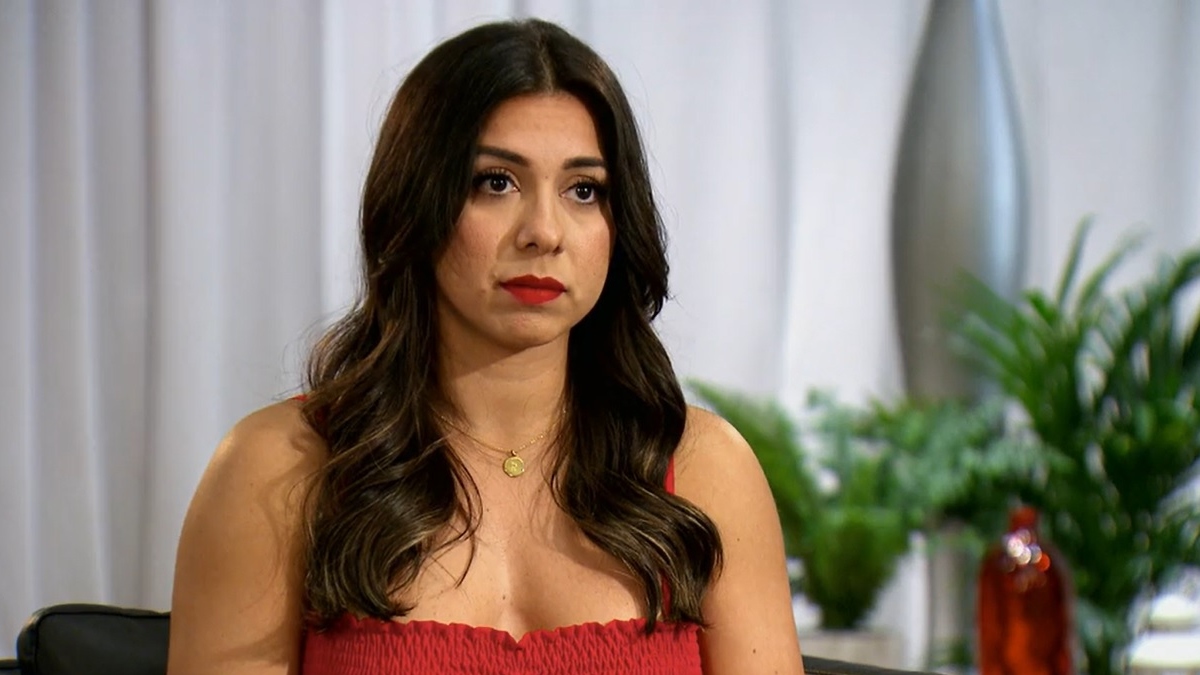 MAFS: Should Rachel have taken Jose back? Fans say ‘no’