The finale episode of Love is Blind on Netflix finally dropped, and one of the fan-favorite couples, Lauren and Cameron, both said yes to getting hitched.

If you haven’t watched this reality dating show, here’s how it worked: A bunch of singles are separated into girls and guys and share common living quarters. Throughout the day, the singles meet up one-on-one in specially made “pods” on faux “dates.”

The catch is… they are in their own individual pods with a wall between them and they cannot see each other.

The goal is for the singles to make emotional connections instead of physical ones – to see if love is truly blind.

At first, it’s like a speed-dating situation, where the singles meet up in the pods having quick conversations, gathering basic details about the other singles, and taking notes.

Once they narrow their lists down to one or two singles they connect with, they continue going on pod dates with them to get to know them better. Conversations get more serious, and emotions and feelings grow deeper.

Once a couple feels like they have found their soulmate and they are in love, the guy can propose to the girl. If she accepts, the couple will then get to meet outside the pod for the very first time.

Lauren Speed and Cameron Hamilton hit it off immediately in their pods. Their connection grew stronger and stronger as the days went by, and six days later, they got engaged, sight unseen.

Will they be attracted to each other?

When they finally got to meet in person, Cameron was shocked and surprised at how gorgeous Lauren was, and even though Lauren had never “dated a white guy,” she thought Cameron was very handsome.

Their connection was so strong that nothing else mattered.

Will love bloom in Cancun?

After meeting in person, the couple was whisked off for a romantic getaway in Mexico, where they got to spend more quality time together and see if their “physical” connection was as strong as their emotional one.

When they returned, they got to visit each other’s homes and see how each other lived and learn even more about each other.

They moved into a new apartment together and got back to their daily lives. The next step was meeting each other’s parents and friends.

Lauren was a little concerned about Cameron meeting her father because he never wanted her to marry outside her race.

However, after meeting Cameron and asking a barrage of questions, Lauren’s dad said he trusted Lauren’s judgment and was OK with the two of them moving forward with the relationship.

The big question was, “is love truly blind?” Would the couple go through with the wedding, or would someone say “I don’t” at the alter?

At this point on the show, only one other couple (Amber and Barnett) both said, “I do” and got married. All of the other engaged couples walked away single.

It wasn’t looking hopeful for Lauren and Cameron. But, to everyone’s surprise, the big moment came, and they both said, “I do.”

Lauren and Cameron proved that love is truly blind.

The couple talked to PEOPLE Magazine in an exclusive interview and were asked if they were skeptical about finding love in this unconventional way.

“I was skeptical about the show prior to going onto it. I mean, I was still open to it, and that’s really what was asked of us was just to keep an open mind,” Cameron said. “But you hear about the premise, and you’re like, ‘This is crazy.’”

Lauren added that she went on the show but didn’t think there was any way she would get married.

However, Cameron pointed out that he started to talk with Lauren and build a deep connection. He then realized he was going to propose to her and had “no more doubts about that this was the person I was going to spend the rest of my life with.”

PEOPLE Magazine also asked if there were any moments of doubt along the way.

“Absolutely,” Lauren said. “After we had left Mexico and started sharing a space and living together, I found myself kind of fighting myself. The timeline for the marriage — I was getting scared. It’s legally binding. So I did go through a time in my mind when I was like, ‘Am I really ready?’”

Lauren said that she closed up a bit but then realized that she has never been as happy as she was with Cameron.

“Thank God that Cameron, he never wavered throughout everything,” Lauren said. “He’s like, ‘Look, no matter what, we’re still going to be together even if we don’t get married. We can still continue.’”

“I think it’s a testament to the fact that when you find the right person you can just kind of know, and it doesn’t take a ton of time to know that,” Cameron concluded.”

The good news is, it’s a year and a half later and they’re still happily married.

Love is Blind is currently streaming on Netflix. A second season has yet to be announced, but a reunion special is planned for March 5, 2020 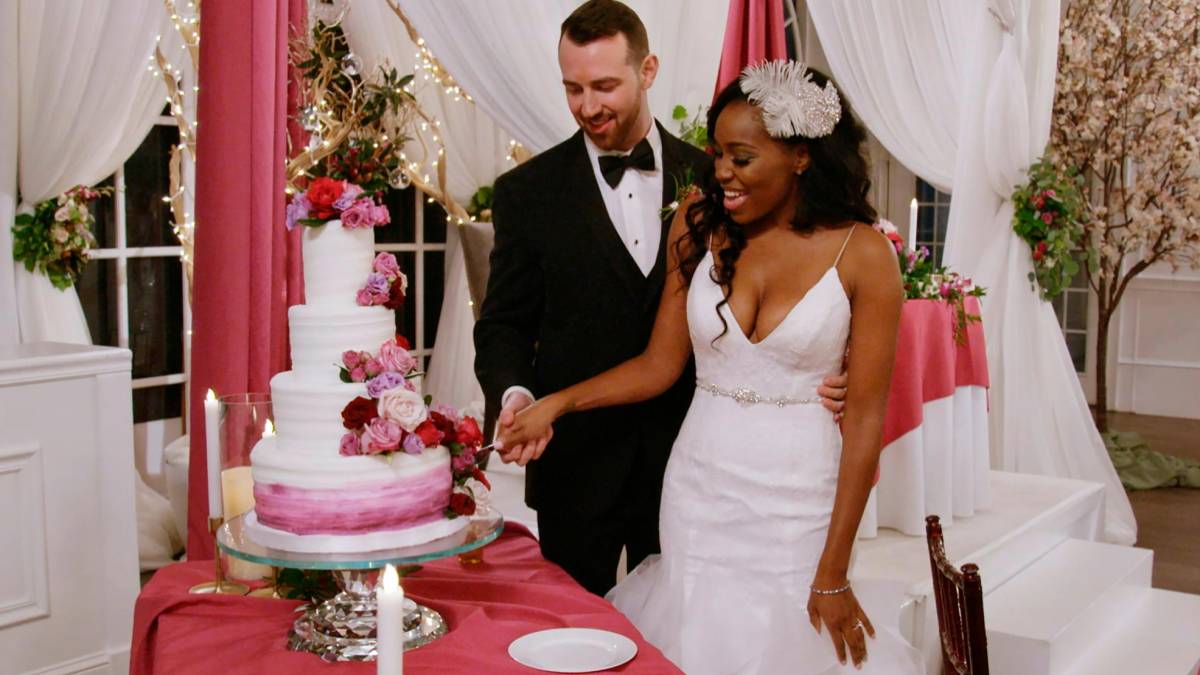