Real Housewives of Atlanta star Cynthia Bailey’s wedding wasn’t filmed by Bravo due to COVID-19 and the weather, according to TMZ.

No camera crew from Bravo was present, which led to speculation that Bravo refused to risk filming Cynthia’s wedding over coronavirus concerns. The wedding was originally scheduled to be outside, with Bravo filming the event for the reality show.

As it turned out, the weather forecast changed due to Hurricane Delta and the wedding was moved indoors, forcing Bravo to cancel plans to film the event. With more than 200 guests scheduled to attend, the show thought it was too risky for the camera crew to film the celebration indoors.

Bravo may have refused to film the wedding, but Cynthia hired her own crew to capture her nuptials for the RHOA, so the wedding will be on the show. The couple wed at the Governors Towne Club in front of 250 guests.

It seems that Mike and Cynthia took precautions to keep wedding guests safe from the coronavirus. Masks could be removed while eating (and apparently for pictures), but otherwise were required.

“Everyone has to wash their hands before coming inside and we will have hand sanitizing stations throughout the venue,” said Cynthia, adding that everyone must wear a mask at all times. “It’s not optional,” she concluded.

Guests were also required to confirm they had a negative COVID test from within five days of the nuptials. Guests were asked to wash their hands in the entryway and were temperature-checked at the door.

While Real Housewives of Atlanta co-star NeNe Leakes was noticeably absent from Cynthia’s wedding, co-stars Kandi Burruss and Kenya Moore were in attendance and served as bridesmaids.

Former castmate Eva Marcille also served as a bridesmaid. Eva announced she was leaving RHOA on The Rickey Smiley Show in June.

Cynthia is currently filming the next season of RHOA, and the couple plans to maintain residences in Los Angeles, where Mike works, and Atlanta, where Cynthia lives. 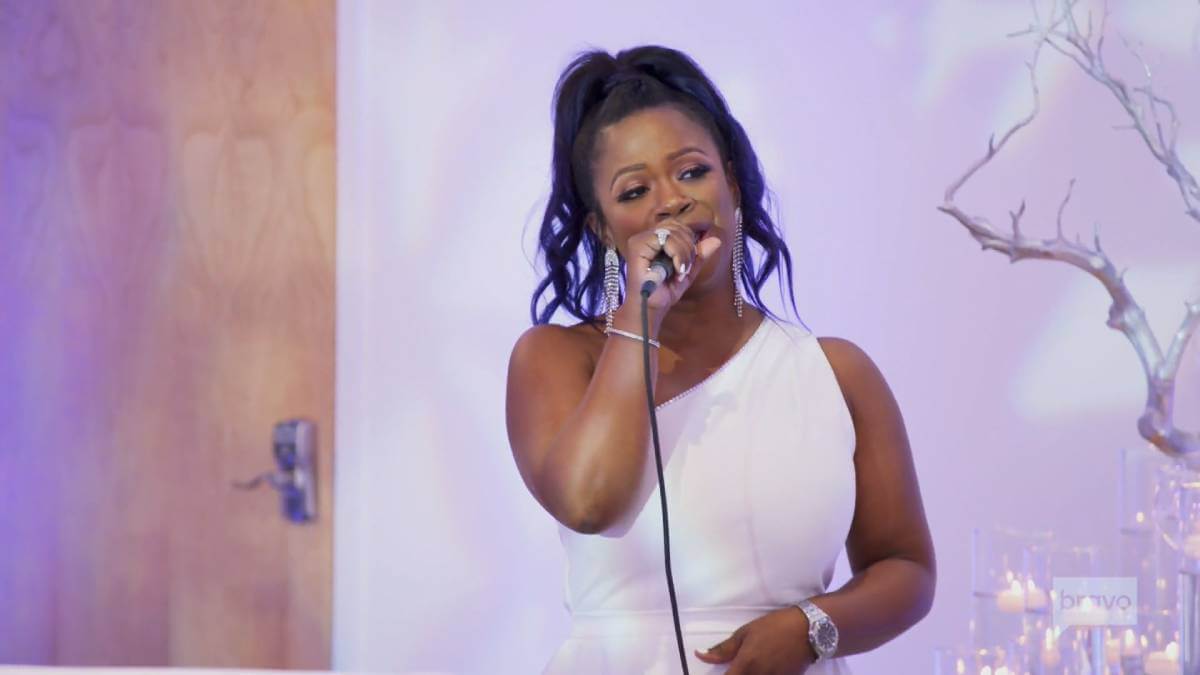