Chris Harrison was ready to introduce Clare Crawley to her suitors that producers had picked for her right before the shutdown.

Production for The Bachelorette shut down just before the first night at the mansion was to be filmed.

For weeks, production has been in limbo as they waited for the restrictions to be lifted so that they could go back to work, and the show could film for the ABC network.

Given the coronavirus shutdown, many Bachelor shows have been affected, including The Bachelorette, Bachelor In Paradise, and the seniors’ version of the show that was to air later this year.

But now, Chris reveals that producers are slowly returning to work as they are still planning on moving ahead with The Bachelorette.

The producers are returning to work, but they are required to follow the guidelines put in place by the governor. That means they can’t put Clare and her contestants in the Bachelor mansion just yet.

“The good news is we are starting to get producers back to work. People that can work from home, as far as trying to look at locations, asking can we travel, or do we need to just bunker in place and have one main campus?” Harrison told Variety this week.

“The options are endless, and we’re just trying to have ten great ideas so that when the governor or the President set these guidelines, we’ll hopefully have a plan in place and we’d get back to work as soon as possible.”

Right now, the network is trying to figure out a way to make the season work without violating any social distancing guidelines and having more than the allowed amount of people in a room.

ABC is determined to make The Bachelorette happen, even if it is pushed into the fall slot on ABC.

“If I’m being realistic, it would probably be mid-summer that we start.”

That would mean Clare’s season would air this fall instead of this spring or summer. Right now, Bachelor In Paradise is up in the air, as they would usually fly to Mexico.

Given the travel restrictions in place and safety precautions, it looks like it won’t happen.

Chris Harrison could be staying in the country for The Bachelorette

Of course, Harrison and his producers would need to switch things up if The Bachelorette will film this summer.

For one, those international destinations may be scrapped. Mills reveals that they aren’t going to wait until things change, as it could be months before anything changes in the United States.

And they don’t want to wait months or even a year before offering up a new Bachelorette season.

“We’ve looked at everything — are travel restrictions going to ease up? And it just doesn’t look like anything is changing anytime soon, and what we would rather do is start getting the season underway, sooner rather than later,” Mills added.

“As of right now, the plan is to get a great location that has a ton of space where everybody could safely be together and we can still have great dates that still feel big and romantic, and we would shoot the entire season there.”

Harrison has previously revealed that The Bachelorette takes priority over Bachelor In Paradise.

Casting is done, even though Harrison has contemplated recasting some of the guys for Clare’s season. Many of the guys are too young for her. One of them is young enough to be her son.

Plus, Crawley isn’t happy about some of the guys, either.

Clare Crawley lashed out on Twitter last weekend, revealing that she didn’t want to date guys who were using Cameo or The Bachelorette platform to gain fame.

While she appeared to target Matt James, a friend of Tyler Cameron, she said multiple guys were doing it. 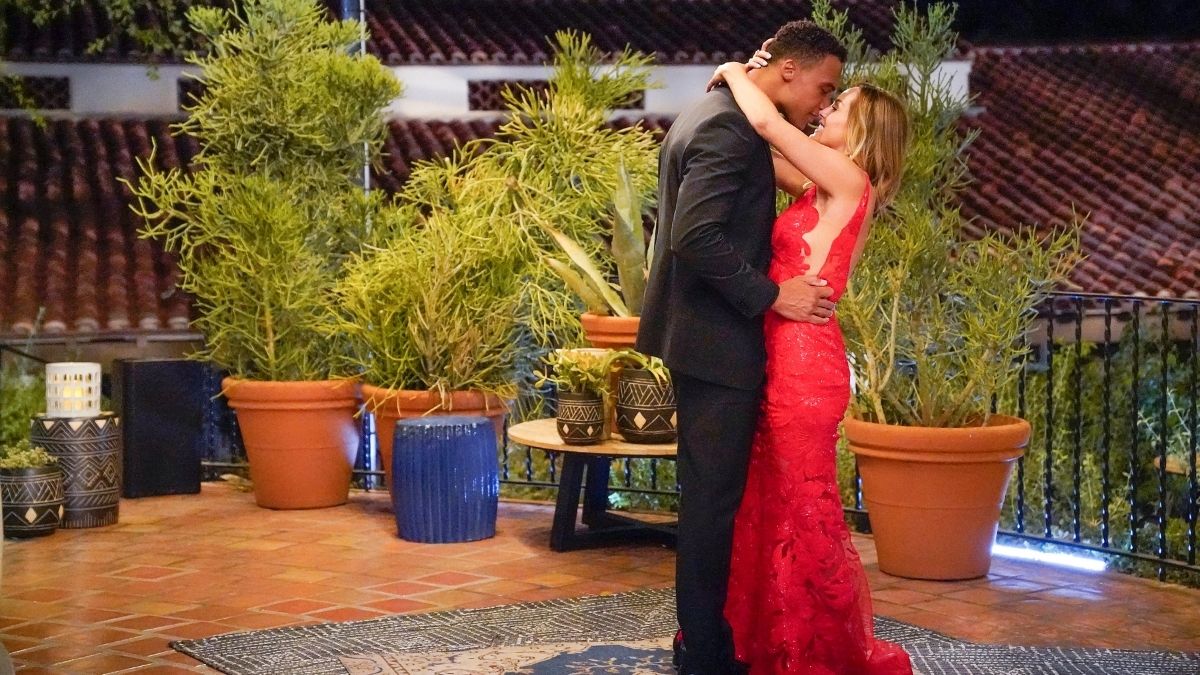 Was Clare Crawley selfish for pushing a proposal on Dale Moss after one overnight date?
RELATED POSTS