Below Deck star Kate Chastain has slammed a Twitter user for body-shaming her.

The user, a woman called Sue from Mississippi, posted a message yesterday commenting on the way Kate looked, saying: “Wow #Kate doesn’t look like she’s got much of eating disorder #BelowDeck.”

Kate replied: “Thank you! Currently eating nachos as I type and drinking bud light. And I never work out either!”

The Twitter user then replied: “Unfortunately that doesn’t mean there’s not a problem.” She later posted another Tweet saying: “Look at the head to body ratio vs last season.”

Kate later screengrabbed the pair’s initial exchange, and said: “How about a shut the hell up casserole Sue. Dinner is served!” 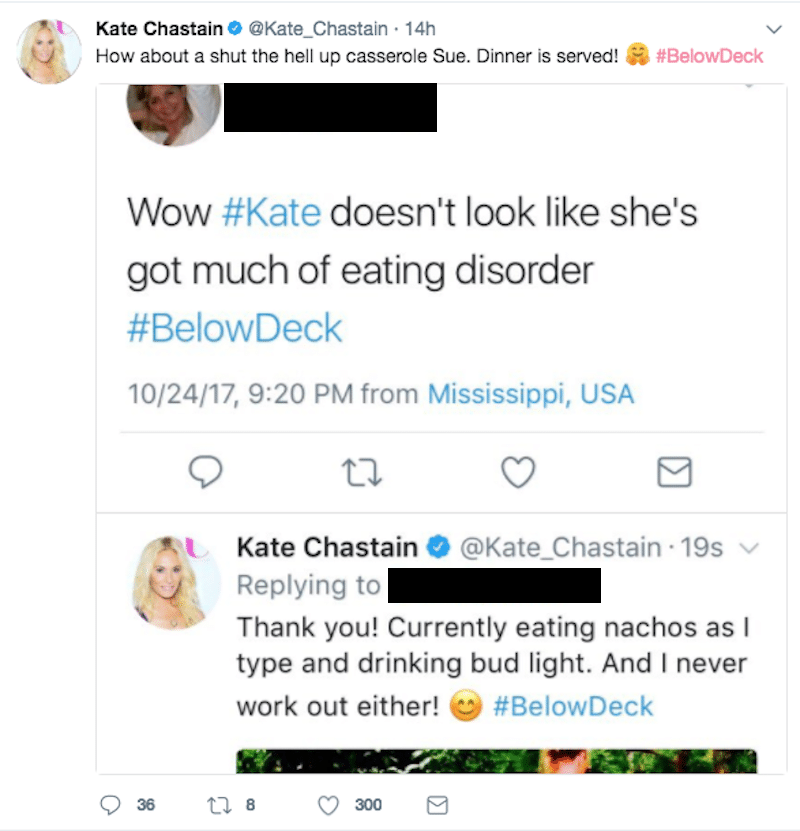 Other fans rushed to Kate’s defence, slamming the Twitter user for their comments. One user said: “When did it become okay to comment about other women’s bodies? We need to support and not try to bring people down.”

Another said: “People are so stupid. My naturally skinny niece dealt with this A LOT. All bodies are different.” 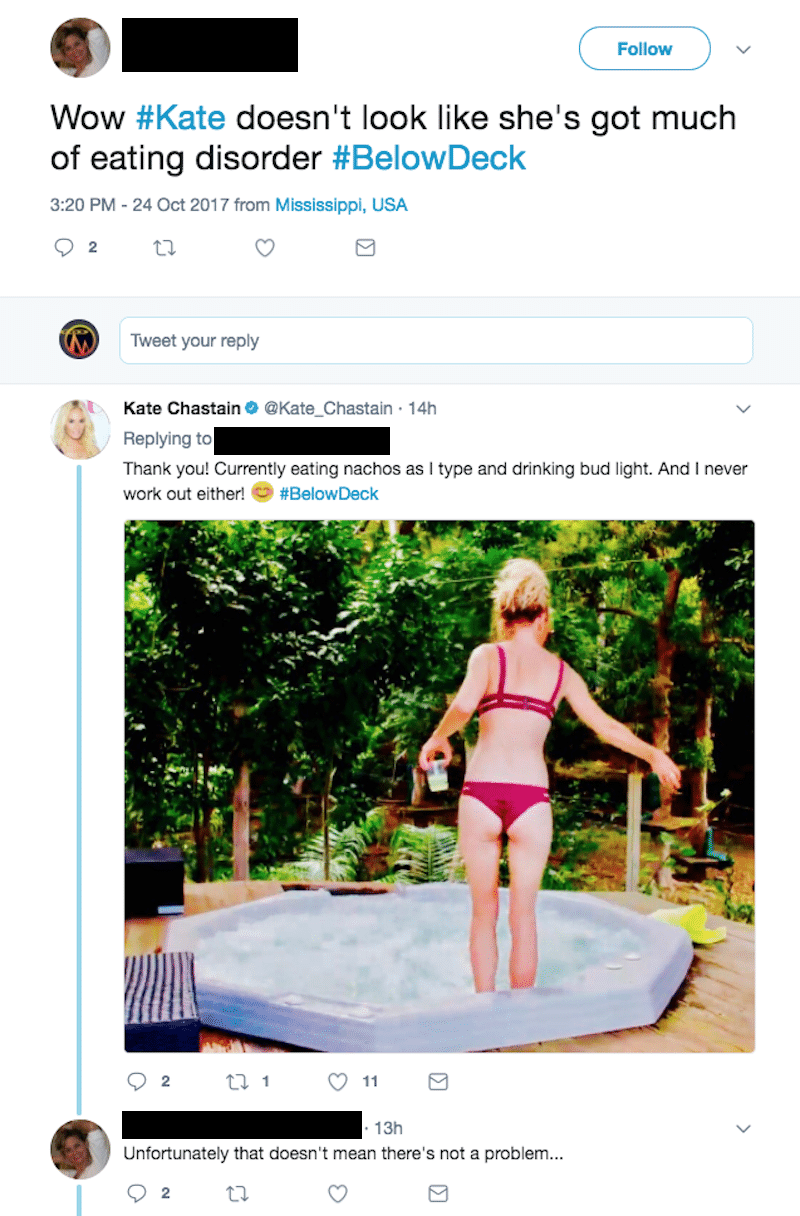 Co-star Jen Howell weighed in as well, saying: “It’s just insecurity trying to bring others down with them.”

Kate later posted another message, with a clip of her eating and the caption: “Oh hey there anyone saying I should eat more #BelowDeck.”

Oh hey there anyone saying I should eat more #BelowDeck pic.twitter.com/7ZrDS07EYZ