Natalie Mordovtseva of 90 Day Fiance’s Mike and Natalie took to Instagram to wax philosophical about her grandmother’s death and fans are not having it.

Anyone who has seen even one episode of 90 Day Fiance featuring Natalie and her husband Mike knows she is a quirky woman. She is often caught staring wide-eyed when a situation becomes uncomfortable for her.

Natalie frequently seems just one twitch away from losing it altogether, and her Instagram isn’t helping this image much. This week, her followers were treated to a lengthy meditation about death that left some people a little worried about her well-being.

The Instagram caption is very long and takes readers on a real ride, with the first line simply reading, “I have no fear of dying.” Natalie goes on to say how she came to these views about “transition” following the death of her grandmother from cancer when she was a young child.

From there, Natalie describes her grandmother’s last moments, for which Natalie was there, saying, “I hugged her body, which was beating in its death throes – I didn’t cry. I just hugged her very tightly. In a second, her body stopped shaking and sank softly into my arms.”

The caption suggests that Natalie may have been a lot younger when her grandmother passed and the idea that she was holding her grandmother as she died has followers feeling a little creeped out. Instagram users also pointed out how the caption doesn’t sound quite like her voice and there have been implications in the comments that she may have someone else writing her stuff for her.

She went on to share her experience of depression in the time after her grandmother’s death, saying she became less afraid of her own passing and explains that “death went through me like ice, when it took my grandmother. I answered, I’ve been to the depths, I’ve been there, but I will not live there.” Good for Natalie for confronting her own mental health struggles and speaking out about it, but this feels like a bizarre way to get there.

While it’s the caption that is getting all the heat, the images she uploaded to accompany it are worth mentioning as well. Just as odd as the death post is Natalie’s picture and video are questionable in their own rite. The first image is filtered into a grainy snapshot of Natalie perched on the arm of what appears to be a vintage chair, staring directly into the camera, again wild-eyed, with little make-up on.

Second, she posted a video of her shifting her gaze between a lit candle she is holding and making direct and prolonged eye contact with the camera. Dramatic music plays in the background as she blows the candle out, maintaining eye contact with the viewer the whole time. Lastly, and not so strangely, was an image that simply said, “Dedicated to those who lost loved ones to cancer.”

Natalie’s followers have varied reactions to her death post

It did not take long for the internet to internet and the comments came flooding in. Some were supportive, thanking her for consoling them after their own losses and encouraging her to keep going.

However, by and large, most swung between downright mean and just plain confused. Several commenters accused her of attention-seeking, and Instagram user @janismcshane said, “I truly think she’s lost it, completely! She’s grasping at anything to keep herself in the spotlight.”

Another commenter, @vicbastage took the nonsensical theme one step further, telling a story about his cat who did three years in Attica prison. By the way, the cat’s birthday is this week, if anyone is interested. 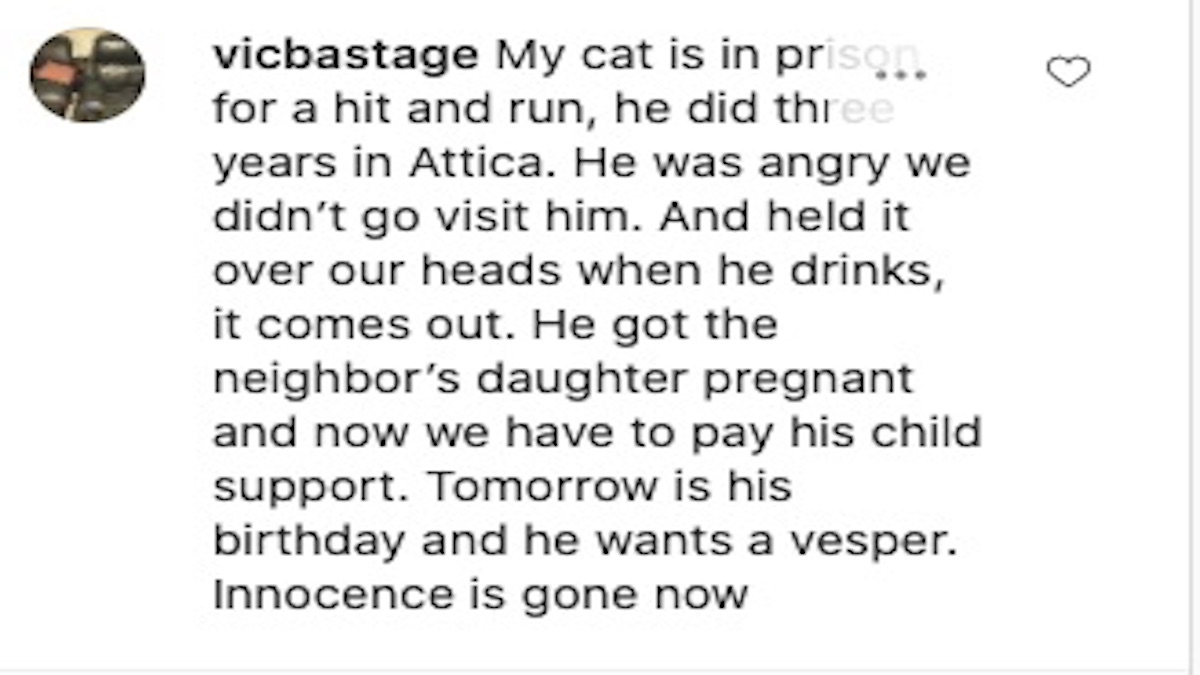 Natalie may be a bit cooky, but she makes for good television and her social media is a roller coaster as well. A quick scroll through her Instagram feed will reveal all sorts eccentric tidbits.