Jason Isaacs tackles a 2000 year conspiracy in Dig, a new miniseries from the makers of Homeland.

Isaacs plays Peter Connelly, a Jerusalem based FBI agent investigating the murder of an American woman which leads him to an extraordinary, labyrinthine mystery involving international governments, religions and special interest groups.

The series takes viewers around the world to a farm 60 miles from the Arctic Circle, to a compound in New Mexico, to Jerusalem’s most significant religious sites and its underbelly and beyond.

Due to the 2014 Israel-Gaza conflict production was forced to move to Dubrovnik, Pula, Split and Trogir, Croatia and later to Albuquerque, New Mexico and Minnesota.

We spoke with Isaacs who told us that the show dramatically underlines current dangers to the global community. 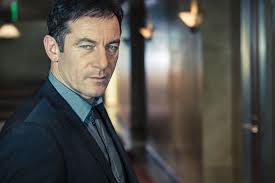 M&C: Are you excited for the launch?

JI: I’m excited! I really enjoyed filming it, and once I get feeling back in my body muscles I’ll be even more excited.

We did extraordinary stunts in mind-blowing locations and now I’m in a room talking about myself. I’d forgotten what it was like, the stories are so gripping and what’s real and what isn’t real and I got sidetracked being blown up and running.

We were telling a story, it was like having a baby; we made something very unique and beautiful. There are all these layers people are not what they seem, and there were episodes that completely pulled the rug out.

I was friendly with all the actors and they would eventually meet grisly ends. There is high entertainment value but I can’t talk about it.

It’s a fascinating premise for a show, and I think reflects what’s happening now as our worldview expands.

The characters’ expanding paranoia comes about when , anyone realised we are on the brink of nasty things and dedicated and determined people are working to make sure we are safe in our beds, stories about your world in good, entertaining framework, like Indiana jones, but there is no question it brings discourse about the possible end of the world.

As we saw in Homeland there are people who are saying out loud we want to be killed and are and want to kill on TV.

People are saying things that are so nutty and the fringe lunatics and how they are raising money and would love nothing better than to see the end of the world as we know it. 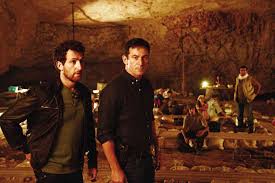 The show is an adventure but at the heart of it is faith and fanaticism and its set in one land where all the civilizations began.

There are people who would like to think that this will be our last days on earth, and they are not the people we think they are.

The people we elect and who are genuinely rebuilding the world in their terms. Is anybody safe today? We should all be respectful of what other people believe. 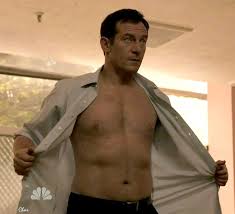 How close is the subject to us ordinary folk?

The show will hopefully inspire an extraordinary debate on our freedoms, when every email, every phone call is potentially not secure and people can come into my house and go through my toiletries, and do whatever it takes to be safe.

It’s an ongoing debate. We have this one man who is trying to save the world from evil and I have my fingers crossed in real life that there are people who exist who are as dogged and fearless as he is, extraordinary people.

Have you heard from fringe elements?

We have already have had threats but believe me, whether they threaten mayhem, and say I don’t think you should tell this story, it’s one thing to be respectful of people’s faith, and another to be a zealot.

I’m stressing that it’s an old fashioned adventure set in a modern world with elements from life and Bible and a bunch of stuff. It is in the end a brilliantly classical story but you can’t tell it without some people being bothered.

The creative team from Homeland and Heroes tell a story that is entertaining and they watch our backs. It’s a gift. It’s extraordinary. I was in as soon as I read the script.

They can examine the life cycle of a nose hair and then you find out you’re taking on the end of the world on the most controversial piece of land we have in the world.

At the heart of it, it’s about flawed human beings and recognisable characters and the current zeitgeist. And if anything happens, the consequences for the rest of the world will be dire.

Yes, but it is an old-fashioned adventure and you’ll rush to the computer and who the devil are these people and how much of this is true? I thought they had invented a lot of it, but these are themes we’ve seen in Rosemary’s Baby and Taxi Driver.

Then there is the red heifer. I wish everybody down the pike will watch and enjoy. It completely blew me away they told em the original story through to the end, I didn’t think it possible to film, but they did it.

I’m a big fan of Case Histories. Will you do more?

Let’s keep our fingers crossed. I hope we can start shooting a new series soon!