A new clip for Episode 13 of Fear the Walking Dead sees Jenna Elfman, who plays June, discuss how her character will meet someone entirely unexpected.

For many fans, the assumption is that this character will be John Dorie’s (Garret Dillahunt) father.

While this might seem a bit far-fetched, after viewing the clip and joining the dots, it does seem entirely plausible that this is John’s dad.

June goes off on a solo mission in Episode 13

According to Carter Matt, the synopsis for Episode 13 of Fear the Walking Dead Season 6 sees June splitting off from the main group “in an effort to gather any information to help stop an oncoming threat.”

The most likely explanation for this is that Morgan’s (Lennie James) new community, along with other groups, are trying to track down the Holding group that was introduced in Episode 11.

This strange new community has been spray-painting “The End is the Beginning” all over the place, as well as trying to destroy other nearby communities before they close themselves off from the rest of the world in their underground bunker.

They have a crazy philosophy and an even crazier leader called Teddy (John Glover), of whom Alicia (Alycia Debnam-Carey) has previously called the “King of the Crazies.”

The trailer below for Episode 13 shows further details of June’s mission and sees her breaking into a campervan. In the clip, she sees a wall filled with a large map covered in various polaroid pictures. Bending down, she tugs at a photo of a barn with the words “The End is the Beginning” painted on it.

This gives an indication that this vehicle might belong to a member of this new group. However, more likely, is that it belongs to John Dorie’s father.

John Dorie’s father was a cop

The reasoning behind John Dorie’s father being the owner of this vehicle falls to a previous trailer for Episode 13. In this clip, more information regarding the inside of the campervan was shown as well as a man entering who asked June why she was present inside what is, presumably, his truck.

However, there is even more concrete evidence than that to be gleaned.

As June enters the vehicle in the second clip, further details of what is on the wall of photos are revealed. On it is a news article titled “Mortician Gets Life.” The mug shot of the man in question is shown as well as another one featuring what is presumably the cops involved in this case.

For those that have been paying attention, John Dorie’s father was a cop. In addition to this, one of Fear’s showrunners has also dropped a massive hint regarding something that John said earlier in Fear the Walking Dead that will be pertinent to the remainder of Season 6.

This has led to speculation that the leader of the Holding community is the serial killer that John’s dad had been tracking during his police career.

Speaking to Entertainment Weekly, Andrew Chambliss told viewers to pay close attention to “what John Dorie has said in the first half of the season because it will offer a clue as to one of the big threats in the back half of the season.”

You Might Also Like:  Fear the Walking Dead Episode 7 spoilers: Baby Mo is sick and Morgan seeks help from Victor

After a search, Chambliss was likely referencing a conversation that John had with Rabbi Jacob (Peter Jacobson) regarding a case that his father worked on, part of which is included below.

“Women were going missing in the Houston area. Bodies showing up miles away. The term didn’t exist then, but I suppose the fella doin’ it is what we’d call a serial killer. Detectives found him living on this compound out in the desert with a bunch of people he brainwashed into thinking he was the second coming or somethin’. Really, he was just some two-bit mortician spouting on about death and new beginnings … just a bunch of nonsense dressed up to sound profound.”

Now, who does that sound like? Potentially, Teddy is the man that John was talking about. The fact that embalming equipment has already been shown in the Holding further adds to this theory.

In addition to that, Jenna Elfman, who portrays June in Fear the Walking Dead, also stated in a video interview shared by Rotten Tomatoes on their official YouTube channel that June would meet someone in Episode 13 that will turn her world upside down.

“Just when you least expect it in this apocalypse,” Elfman said. “You run into someone who just might totally turn your world upside down.”

The interview ended with further footage from Episode 13 and shows June pulling a gun on the man from the campervan.

The fact that she has used John’s distinctive gun is not lost on this new character, and they ask where June got the weapon from. The type of gun that June has would likely be inconsequential to anyone else who didn’t know the original owner of it.

However, viewers will just have to until Episode 13 airs on Sunday night in order to find out the truth.

Fear the Walking Dead Season 6 finale recap: The one with the bomb and the plot armor for Morgan
Related Stories 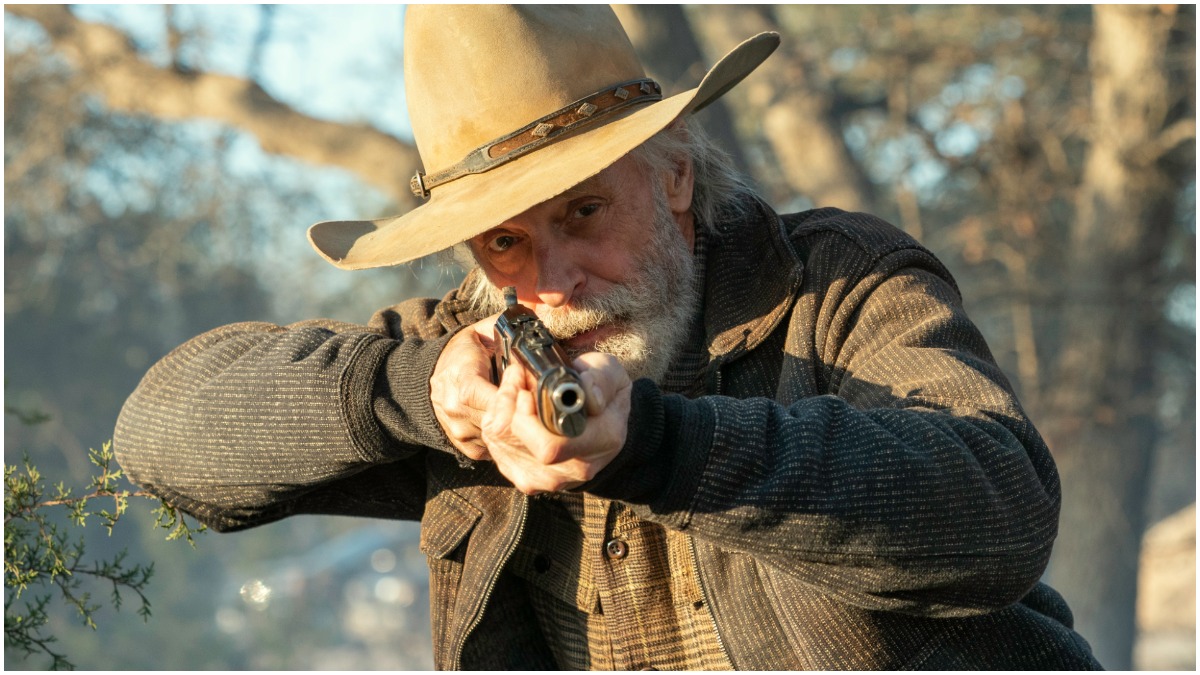 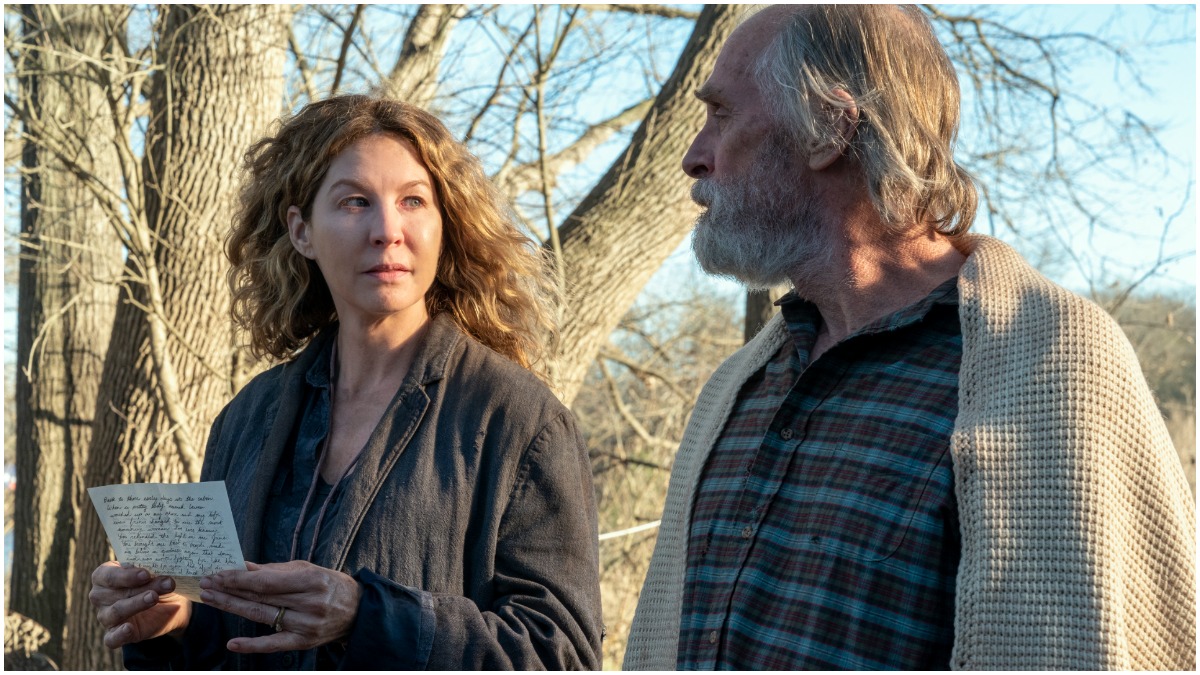