The Gorgeous Ladies Of Wrestling are back in town and fame is a bitch as the new season follows the women of GLOW as they bask in their celebrity..sort of.

Their newfound fame in GLOW this second season has ignited a passion and excitement most haven’t felt in a long time as Silvia works hard to keep their show relevant and on the air.

GLOW is a fictionalized account of the real-life series from the 1980’s.  Ruth Wilder (Alison Brie), is an out-of-work actress who betrays a friend in a poorly thought out affair with her husband in 1980’s Los Angeles.  Now, Ruth’s desire to be famous and reach for some semblance of stardom is finally found in her wrestling alter-ego, a campy villainous Russian character “Zoya the Destroya” in the GLOW cast.

Ruth is partnered with a dozen oddballs including her good friend who she betrayed. Enter GLOW’s golden girl and all-American heroine of these ladies of wrestling, Debbie Eagan (Betty Gilpin ). Debbie is a former soap actress who left the business to have a baby, only to find a life she thought she had upended.

In a strange set of events in season one, getting wind of the infidelity, Debbie confronted Ruth about the affair at the GLOW training gym. Turns out that their real-life conflict was the electric spark and the fuel Sam (Maron) needed to create a dramatic storyline that audiences would bite into, getting the GLOW ladies on the TV map.

Profane, witty, debauched and a dad as we found out in season one, Sam Sylvia (Marc Maron) is a bad B-movie director who knows he can turn this pig’s ear into a silk purse. Maron eats this role up and is one of the best things about GLOW along with the ensemble cast who click.

Now that Ruth and Debbie are working out their personal demons as they are making a season of TV together, season two will see them try to work out the residual hurts and sort the baggage that remains.

Sam is still Sam, but now he has a distracting teenage daughter living with him and GLOW shows to produce. The stakes in season two are all the more real as the women have found a really great gig but now must fight to keep it relevant and on the air.

Know your GLOW ladies of wrestling and the whole cast: 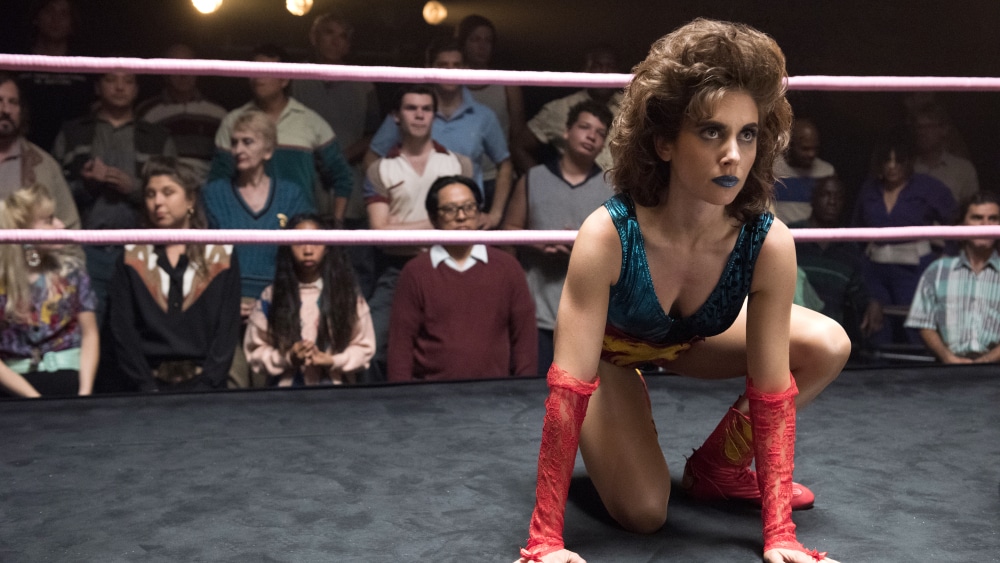 Best quote: “You took away the option of us ever being able to have a normal conversation…” 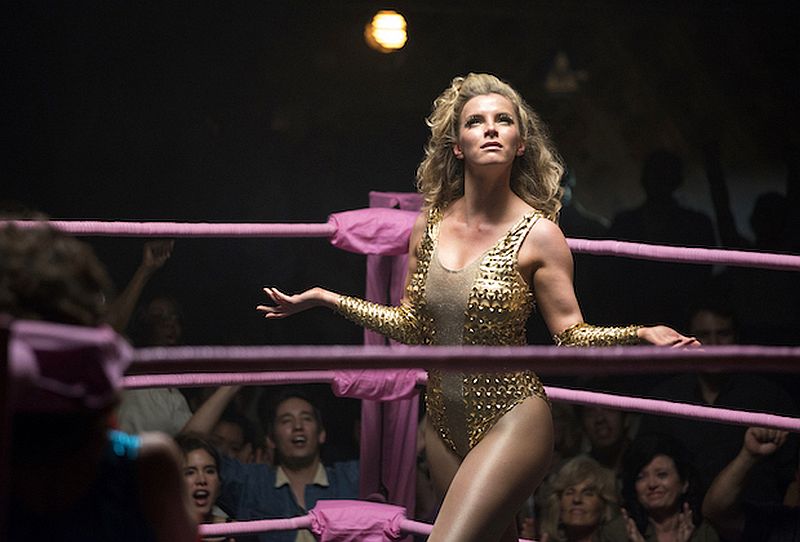 Best quote: “Christ! F***ing actresses! All right, take it easy. This is what’s happening, all right. Yes, this is a wrestling show. And yes, you’re all gonna have to actually wrestle on cable television for thousands of people. That means… tit grabs. C**t punches. Shrinky dinks. That move that looks like a catfight, but fancy. Did I say c**t punches? Okay, good. So, if any of you have a problem with, uh, doing a wrestling show, I suggest you leave now. 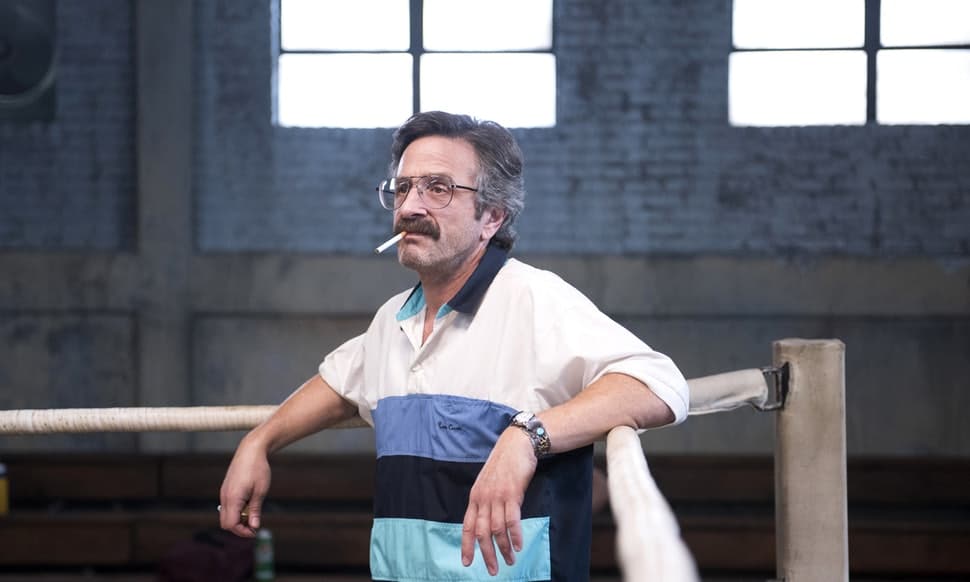 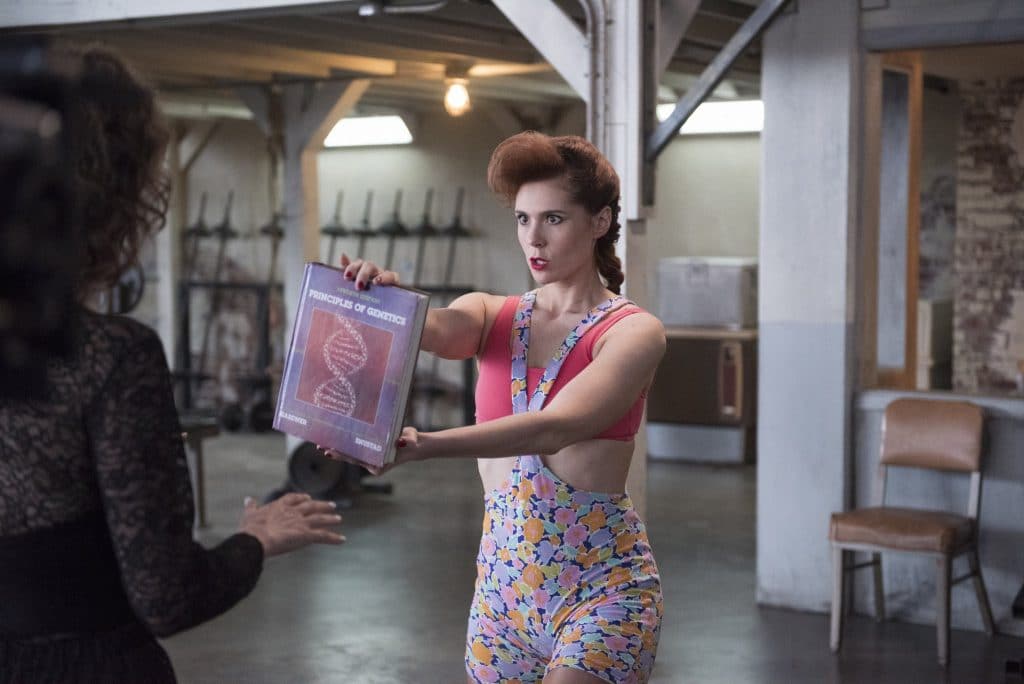 Gayle Rankin is “Sheila the She-Wolf”

Best quote: “I know that I’m a human, but spiritually, I’m a wolf.” 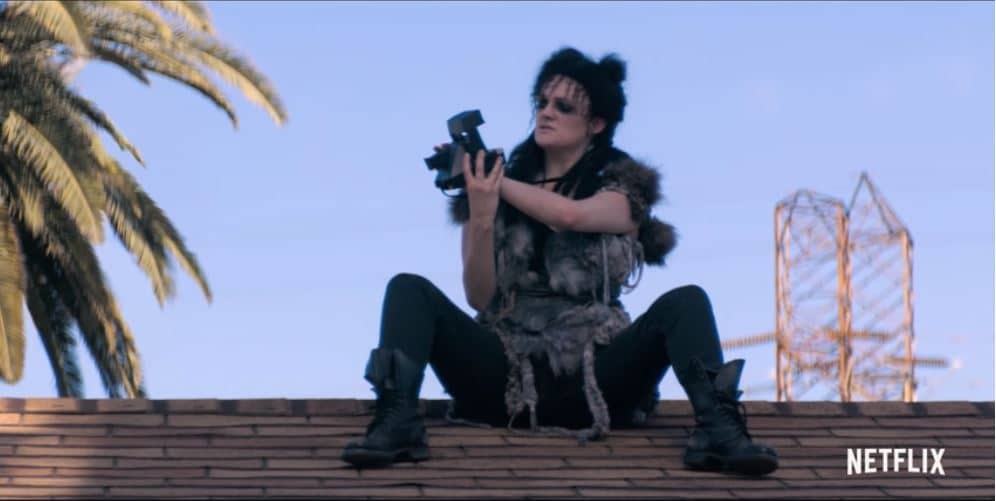 Best quote: [To Sam] Good. This another one of your trashy vampire movies?

Best quote: [To Ruth] “There is a law, and you broke it. And now, you will pay the ultimate price.”

This character is surprise! Sam Silvia’s kid. Season two will see this Goth teen get into all sorts of trouble as Sam tries to manage personal and professional matters.

Best quote: “America, you have turned your back on me long enough! You’ve ghettoized my people, trapped us in an endless cycle of poverty. Not anymore. Tonight, I take back what I deserve!”

Best quote from Drop the Mic against Nikki and Brie Bella: “Yo, ‘GLOW’ vs. pro — oh, this is a no-brainer. Got some actual talent vs. some personal trainers…We’re not real wrestlers, we just play them on TV, which is sad ’cause we could totally pin you four with ease.”

Best quote: [After her first match as Arab terrorist] “Everyone really hated me!”

Fun fact: Lowell is an esteemed photographer who cites Mapplethorpe as an influence.

Best quote: “Ow! That’s not what we practiced!”

Bash introduces them for the first time: “Don’t be fooled. These are two tough ladies. They lived through the Great Depression, World War II, poodle skirts, menopause. They’re so old, their wrinkles got wrinkles!