Tonight get ready for Testosterone Thursday on El Rey Network as actor Danny Trejo says we are in for “shock and awe.”

First, we explore the weaponry of the Aztecs of South America and then find ourselves in West Africa for insane amounts of adventure!

Genre kingpin and all-around badass Danny Trejo is up first with Man at Arms: Art of War and following him is Tim Noonan’s Rite of Passage.

Trejo gives us a compressed educational background of Aztec warfare which was a highly organized, ritualistic affair.

Made with cunning simplicity and with lethal intentions, the Aztec weapons macuahuitl and the atlatl are the focus of the new Man at Arms: Art of War.

Trejo’s team reconstructs the ancient blades. The macuahuitl is most like a sword or a very sharp club, a close contact weapon designed either to be one handed or two handed.

Made from wood, these killer swords were approximately 4 inches wide and near 4 feet long.

The two-handed versions could be much longer and often had obsidian (volcanic glass) or flint embedded in the blade. The legends of these words were frightening to hear, as some claimed they could chop the head off a horse in one blow.

The Aztec and Mayan long distance weapon was the atlatl, a spear-throwing device made for distance combat.

This weapon is described as a stick with a handle on one end and a hook or socket that activates a spear or dart, usually obsidian or flint, on the other. 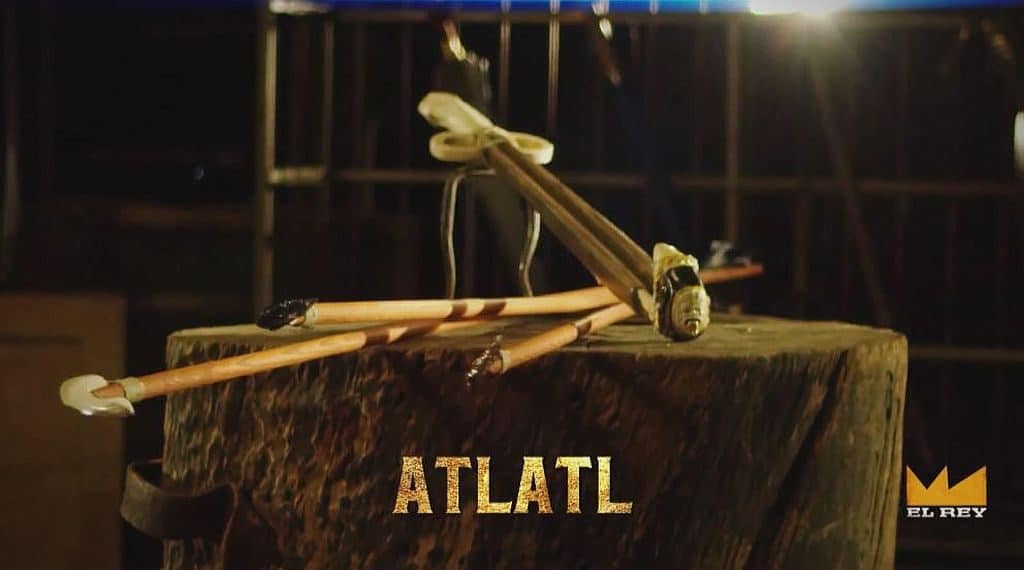 This atlatl was the dart or spear thrower from hell!

The motion of the atlatl will propel the spear/dart much more quickly and with more precision than chucking it by hand.

After Man At Arms, we travel to meet the Cape Verdeans on Rite of Passage in the episode Guinea Bissau – The Island People.

Intrepid host, Tim Noonan, travels to the Bijagós Islands in Guinea-Bissau, West Africa to undertake the boy-to-man rite of passage that includes circumcision too) called Fanado.

In a series of ultra-hard physical tests, Tim must prove his bravery during a lethal faceoff with a hippo and then go on a saltwater crocodile hunt to earn his tribal scars of Fanado.

Saltwater crocodiles (Salties) can navigate far out to sea and can live to near 70 years. Crocs can easily grow over 20 feet and are far more aggressive than American alligators. Many experts say hippopotamuses are the most unpredictable and dangerous of all African mammals!

Man at Arms airs Thursdays at 8:00 PM ET with Rite of Passage following immediately after at 9:00 PM ET on El Rey Network.