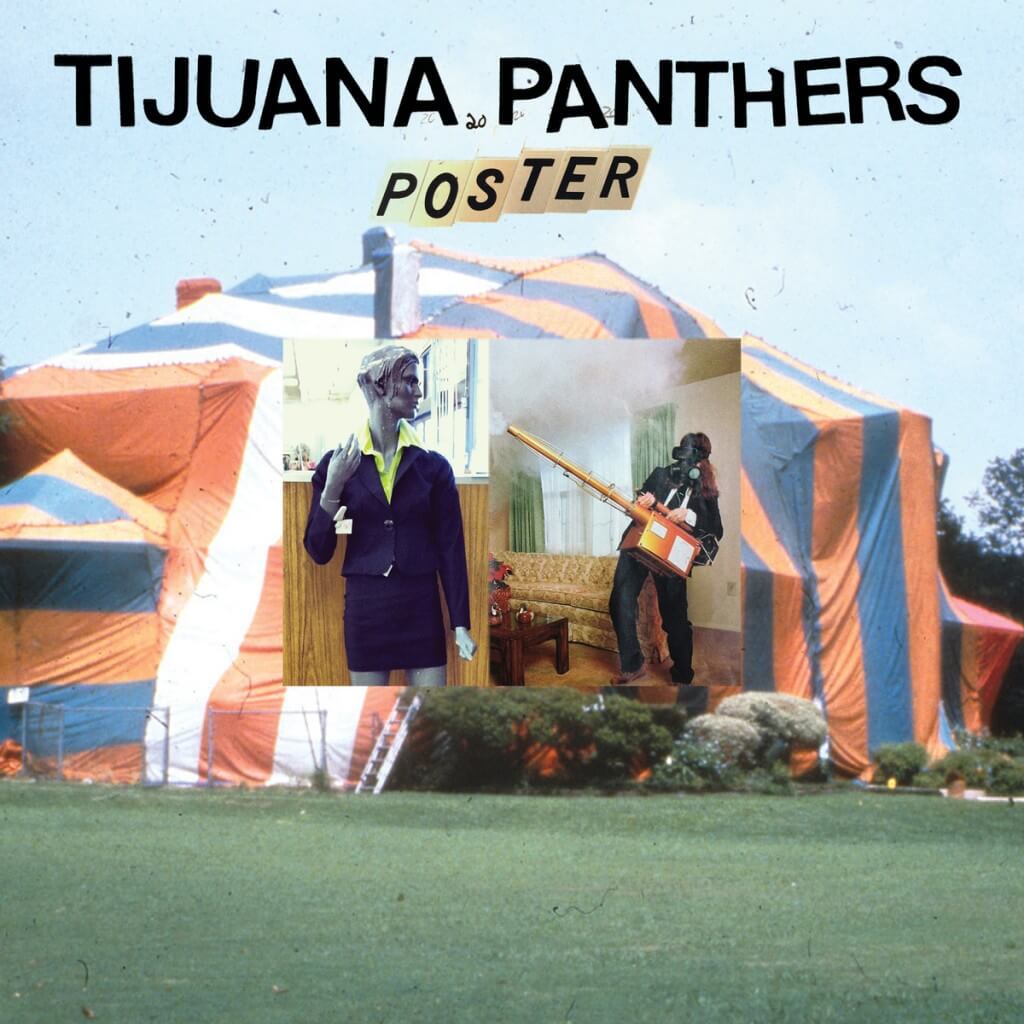 A band like Tijuana Panthers can only come from a state like California. Not just California, but from a beach city in Southern California. The graceful garage pop band is slowly taking over the very popular garage scene that is abundant right now, and they are doing it with every trick and trinket they have up their sleeves. It’s refreshing to hear “garage” music and it not sounding like it was made by some 14 year olds in their rooms on a Mac. They have taken the garage rock sound, and it twisted into something of their own.

Tijuana Panthers consists of members, Chad Wachtel, Phil Shaheen, and Dan Michcoff. POSTER is their fourth official album, released on Innovative Leisure. This album is not extremely different from all the rest, but it has a cleanliness and continuity that the others don’t. This album sounds like they understand that they are respected musicians in the garage rock world, and that they can push themselves to their full potential. As much as people love garage rock, no one can stay away from pop songs, and Tijuana Panthers magically coalesces the two of them into a head bashing and hip swaying album.

“Send Down the Bombs” was the first song off the album that really caught my attention. It was a tune that was the furthest thing from a garage rock song. It had hooks, melody, and lots of emotion behind it. This tune in their own way and in their own style is a post punk song. All of the instruments are present and each one shines through crisply, allowing them to enhance the lyrics and Wachtel’s voice. The guitars in “Power Plant” will straight away make you feel like you’re listening to a Sonic Youth song, and wonder whether or not we’re going through a resurgence of no wave. The tune has that classic “stoner driving down the coast” sound to it, and is a little bit hazy and dreamlike. Yet, no matter how far you get into your dreamlike trance, the sudden guitars will always somehow pull you back, but only halfway.

The deeper I get into this album the more I find all of the post punk inspiration shining through. Although, the songs may not have a classic post punk sound, they surely have some inspiration from the genre peeking through. “Gated Patio” begins with a guttural guitar getting any punk kid wearing worn out docs and a ripped t-shirt prepared to mosh and forget every worry in the world for 3 blissful minutes. The song then develops a little bit more softly, and brings you down from moshing to just dancing quietly, and allowing your brain to float off into the music. “Church Bell” helps to keep the quiet and thought provoking sound. It’s extremely catchy, and repetitive at times, but it keeps a consistent emotion to it, and can allow the listener to connect more easily with the song.

“Right and Wrong” takes anyone back into the moshing frenzy that they crave. It’s upbeat, abrasive and has loud crunchy guitars. It’s Tijuana Panthers way of showing us that although they are constantly developing their sound, they will never leave the sound which whence they came. With drum beat that get your feet tapping and vocals that make your head 20 mph, Tijuana Panthers will always know how to make everyone in the crowd go wild.

This album has different and new aspects that we have not seen on other Tijuana Panthers albums. It’s much more musical, and they have musically matured. They are playing with genres that they are not known for, and they are trying things that no one would expect them to. This is a record that you could put on in your room, and take the next hour to lay in bed and allow the music to completely consume whatever state of mind you are in. Tijuana Panthers are making some great steps forward, and I think we can be expecting some great things from them in the future.