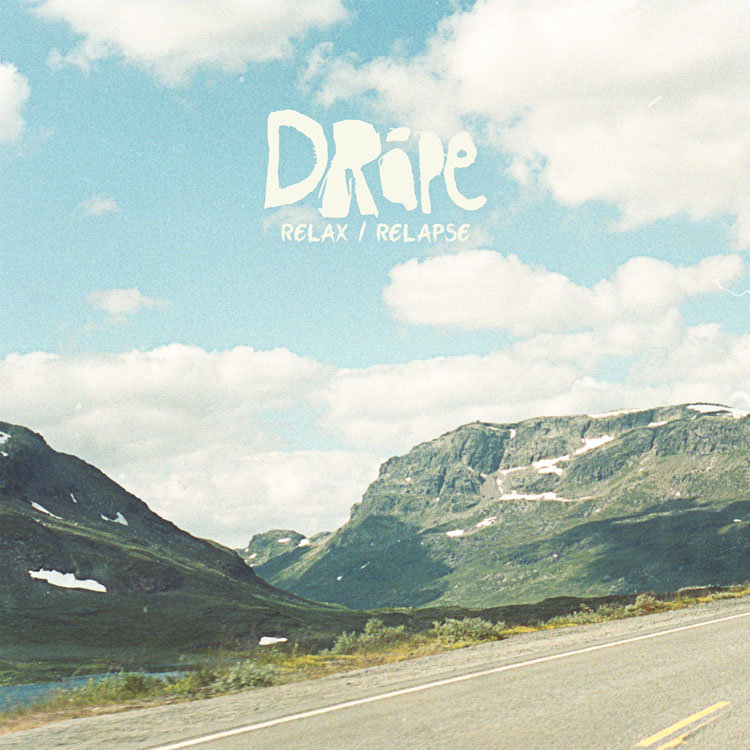 Coming all the way from the far and beautiful land of Norway, Dråpe is captivating people with some dreamy shoegaze/noise pop. The Scandinavian five-piece have been hitting the festival scene all over bringing their heart-melting sounds along with them. With only one EP and two albums, the second being their most recent called Relax/Relapse they have been able to lock down a solid sound, image and audience. Imagine the psychedelia of Tame Impala mixed with a more upbeat and pop like Local Natives and Dråpe is that little love child.

The band includes, Ketil Myhre, Eirik Fidjeland, Even Hafnor, Lars K. Boquist, and Eirik Kirkemyr, all of which moved to Oslo and began creating music together. The band describes themselves as indie, but with driblets of 60’s and 70’s rock/psych. Me being the sucker for 60’s/70’s music that I am, that immediately caught my ear and intrigued me. It’s evident throughout this album that the influence is there, but it is serving as a canvas for them to build their own unique flare on top.

The first groove that made me dance around in a blissful transcendental state of mind was, ‘Replica.’ The tune immediately reminds me of sunshine and flowers with very similar Tame Impala-like drum beats in the beginning, and lyrics that are made to make any adolescent swoon, while Myhre’s very soft and almost ethereal voice compliments the guitars and layers of reverb. The song of course ending in a cacophony of instruments is the quintessential way to bring the audience to their feet and give them that last 30 seconds of jiving to the music, before moving on to the next song.

Myhre’s voice in ‘Pie In The Sky’ is very similar to that of the lead singer of Avi Buffalo. Sweet and tender with just a tinge of melancholy surrounding it. The track is searing with guitars and nostalgic/analytical lyrics, that take a look at being naive and living in denial. If that just isn’t brain scrambling enough for you, Myhre has to record the vocals for this track just right after falling off his balcony and breaking two ribs! Now, that is truly rock n’ roll. ‘There Is A House’ is a hauntingly graceful tune that slows things down a bit with sound effects and twinkling guitars. “Climb over the mountain/Swim across the sea” as a guitar that is oozing with different pedals plays along, and synthesizers make their superb appearance.

‘My Friend The Scientist’ is just the most adorable song on this album. “My friend the scientist was supposed to build is a rocket ship.” The simplicity of the lyrics combined with Myhre’s adolescent voice makes you feel like you are a little kid once again who just wants to play and be in that ignorant and sublime state of mind one more time. The last track of the album, ‘Relapse’ is probably the most simple song out of the whole album, but it helps the listener wind down, and dissolve into that wonderful acoustic guitar. The album closes out in a way that you will need about ten minutes of silence to just sit down and process everything that you have just listened before you hit the replay button again.

The Scandinavian five-piece is slowly starting to make their way into the indie scene and catch the attention of the indie music lovers. They are utilizing their talents and love of music in a way that it would be hard for people not to catch on feel that same energy that they have. It is obvious that this is what they love and are passionate about, and it resonates with the audience at home or at their shows. This is a train that is moving mighty fast and I highly recommend hopping on.