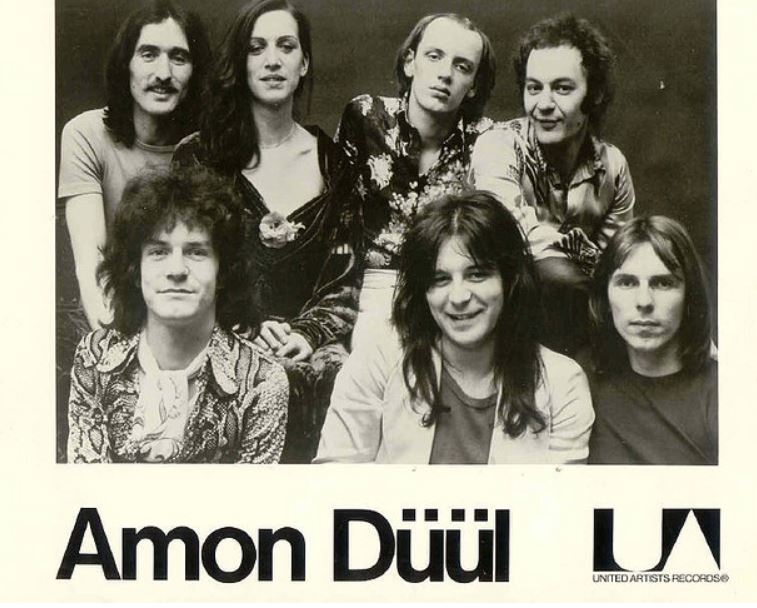 In the late 60’s and early 70’s, German musician’s looked for new sounds and a new style, abandoning the traditional structures of British Rock and American Blues in favor of repetitive drones, experimental textures and psychedelic jams.

Catching on to these new sounds, the English speaking press dubbed the movement Krautrock. Unfortunately, the people that coined the term applied it to almost every experimental German act of the time (of which there were many), leading to a huge, slightly confusing catalog of music ranging from heavy psychedelia to interesting electronic experiments and gentle ambient journeys.

Over the years, countless musicians have cited Krautrock pioneers as influences, so it’s well worth diving in to hear what the fuss is all about.

For this list, I’ll be focusing more on the heavier, rock side of the genre, with an emphasis on guitars, bass and drums, but it is well worth checking out some of the electronic pioneers (Tangerine Dream, Kraftwerk etc) of Krautrock as well.

When I think of Krautrock, this is the first track that comes to mind. A long, textured drone featuring layers of scratchy, reversed guitars and, most importantly, the driving “motorik” beat which became a mainstay of the genre, endlessly propelling the song forward until it fades into nothing. A personal favorite for long drives or private dance parties.

Can – One More Night:

Can are one of the quintessential Krautrock bands, blending minimalist repetition, experimental improvisation, funky rhythms and the recording studio as a compositional tool (having been known to cut down 6 hour jams into 6 minute songs). “One More Night” is a fun, funky and fluid jam, which is an impressive feat for a song in 7/4.

Out of all the songs on this list, “Archangel Thunderbird” is by far the most reminiscent of 60’s garage rock, but it retains the Krautrock sensibilities of a strong, mechanical beat driving the song, odd breaks and a meandering melody that does away with traditional pop phrasing.

Out Of Focus – Blue Sunday Morning:

Blue Sunday Morning is a heavy, psychedelic drone that tells a cathartic tale of conversations with a joint-rolling Jesus over tinkling guitars, tittering flutes and Pink Floyd-ian keys. A gorgeous, if not proggy gem from Germany, 1971.

“Jennifer” sounds like a Sunday morning after a night out–gentle, groggy and a little hungover. It sees Faust, one of Krautrock’s experimental wizards dabble with pop music, subverting it with interesting flourishes and odd sounds without ever losing the steady momentum of the drums and guitars… until of course it devolves into a noisy textured freak out of washed out fuzz, reversed vocals and clanking, honky tonk piano.