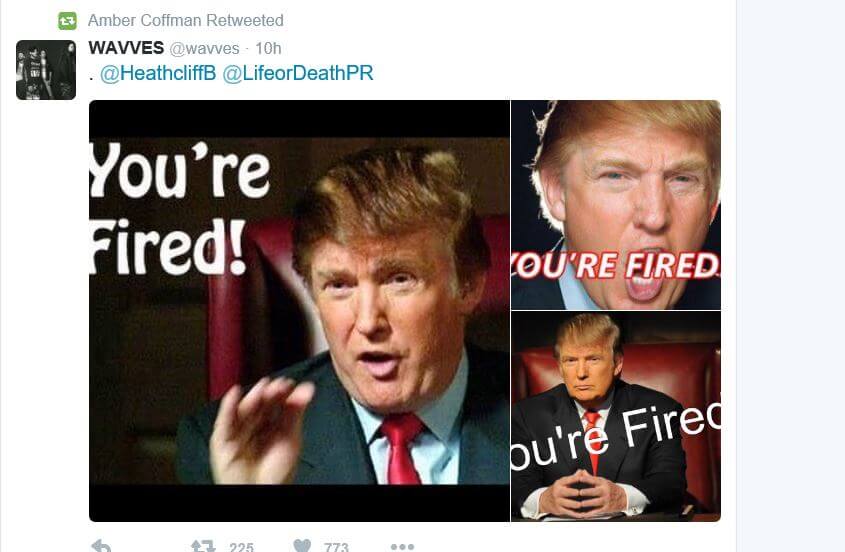 Unfortunately sexual misconduct is something that is not unfamiliar in the workforce, especially in an industry like music or any kind of entertainment industry. Last night there was a snowball effect that began on the internet all starting with Amber Coffman of Dirty Projectors tweeting about Heathcliff Berru stating, “Was just re-telling/re-remembering a story abt how a very popular music publicist RUBBED my ass and BIT my hair at a bar a couple of years ago.”

Berru is the founder of Life or Death PR & Management, including clients like, Killer Mike, D’Angelo, and many more, and now he is about to lose much of what he has built for himself. 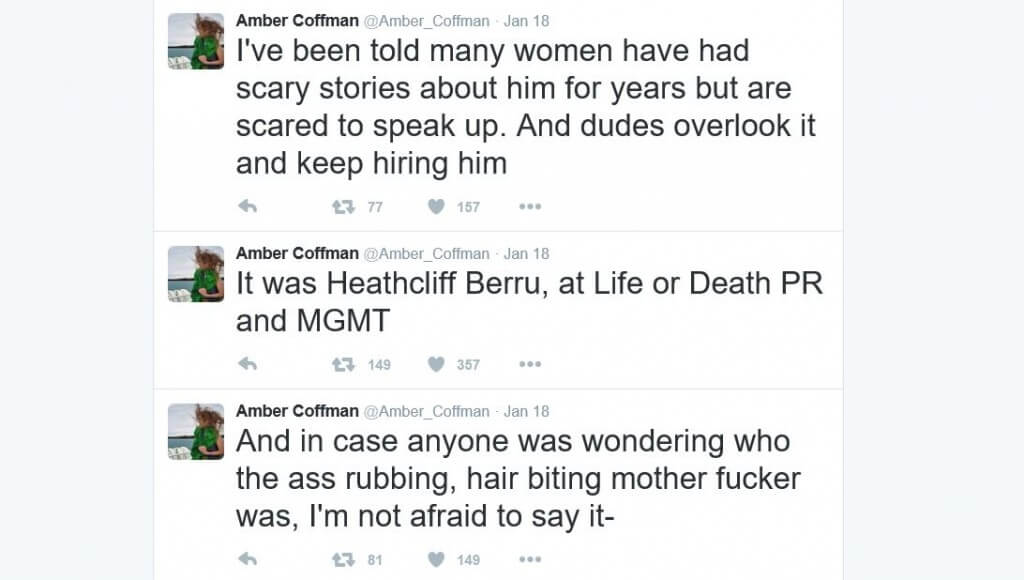 After Coffman’s tweet a publicist from Danger Village by the name of Beth Martinez came out saying that she also was sexually harassed by him and that when she asked him to stop, he completely ignored her.

This began a rapid fire of tweets and soon after two more women came out including Best Coast’s Bethany Cosentino and Judy Miller Silverman of Motormouth Media. Many are horrified to hear this news of events and have discontinued working with Berru, such as DIIV, Speedy Ortiz, and Kelela. Berru has also resigned from Life or Death.

DIIV will no longer be working with Life or Death PR.